Ali Haider Gilani: 'I was chained for two years' 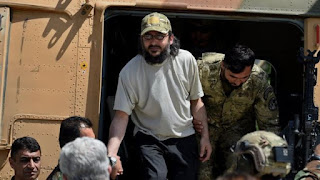 Ali Haider Gilani was rescued in Afghanistan three years after al-Qaeda militants abducted him from his hometown of Multan in Pakistan. He was campaigning for a provincial seat in parliamentary elections for the Pakistan People's Party. The BBC's Pakistan correspondent Shaimaa Khalil sat down with him for his first interview to international media. He opened up for the first time about his time in captivity and the dramatic turn of events that led to his release.
The Gilani family home in Lahore is fortified; high metal gates, armed guards and what looks like bullet proof four-wheel cars.


This is, after all, the house of former Prime Minister Yousuf Raza Gilani. But recently the family welcomed back Ali Haider Gilani, his son, after three years of being an al-Qaeda prisoner.

Mr Gilani said that apart from the ransom and the demands to release high profile al-Qaeda prisoners, his abductors told him that the abduction was aimed directly at his father.

"My father was prime minister when their leader Osama Bin Laden was killed. He also started an operation in South Waziristan. They told me they wanted to take revenge," he said.

Mr Gilani was first taken to the industrial town of Faisalabad in Punjab province. He was then moved to the tribal areas of North Waziristan .

"I was chained for two years," he said.

"I was kept in a small room, not allowed to see the sky for one year and two months. I forgot how the sun felt on my skin."

Mr Gilani said he had a diary where he tried to keep track of time and jot down day-to-day thoughts: "It kept me sane."

"I prayed a lot. I used to think of my son and say I have to survive for him."

His son, Mohamed Jamaluddin, was a toddler when Mr Gilani was abducted. He said one of the most difficult things about his captivity was knowing that he had missed key moments in his son's life like his first day of school and his birthdays. 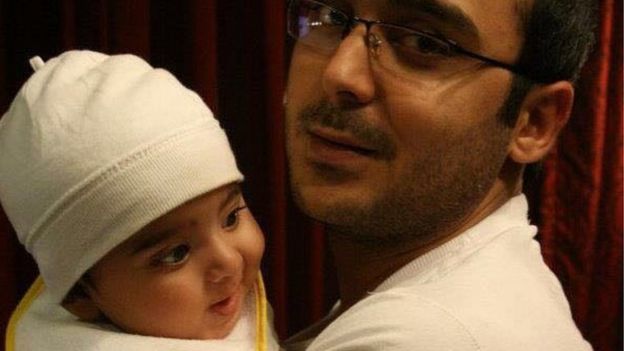 While the al-Qaeda militants did not physically torture him, Ali Haider said they tried to break him mentally.

Mr Gilani said that he feared for his life every day.


The Pakistani army has gone after Taliban and al-Qaeda militants in this area for years and has intensified their campaign since July 2014.

There was always the fear of an air raid and drone strikes.

"I was in a warzone," Mr Gilani said

"There were drones, tanks, mortar and jet strikes. Drones have a horrible sound, it's like a huge bee constantly hovering over you. It wasn't just one drone, there were three, four or five at one time roaming day and night."

It was a drone strike in January that prompted al-Qaeda to hand Mr Gilani over to the Taliban.
"They handed me over to the Pakistani Taliban in the Shawal area, in North Waziristan to keep me safe."

But soon after, the Pakistani army pushed into the area and the Taliban militants fled across the border to Afghanistan's Paktika province and took Mr Gilani with them.

All through that time he was being watched closely by an al-Qaeda operative who accompanied him wherever he went.

His living conditions, however, improved with the Pakistani Taliban.

"I wasn't chained, I was allowed to walk, to see the sun," he said.

Mr Gilani added that he was even given a radio: "I used to listen to the BBC, it was my contact to the outside world."

"One day I asked them for the radio to listen to a cricket match. It was the World Cup and Pakistan won a match against South Africa," he said. 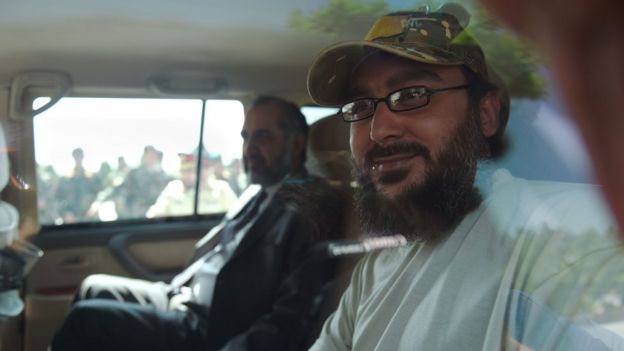 Mr Gilani had been in Afghanistan for just over two months, mainly with two militants one from the Pakistani Taliban and one from al-Qaeda.

On 9 May, his captors told him they had to vacate the compound because they received a tip off of an American air raid.

"We left at night and were walking for three or four hours when I heard helicopters then gunshots," he said.

"I fell to the ground. Then a voice told me to take my shirt off, put my hands in the air and someone came and tied my hands.

"I said 'My name is Ali Haider Gilani I'm the son of the former prime minister. They didn't believe me at first but later they confirmed I was telling the truth," he said.

Mr Gilani said that he later learnt that the raid had targeted the al-Qaeda militant.

"I was just lucky to be there," he said of his rescue.

"It didn't sink in till I was in the helicopter, the guy [from the US Forces] said 'Mr Gilani, you're going home'."

Mr Gilani was moved to Bagram airbase and was met by senior Afghan generals. The next day he went to Kabul and saw his brother for the first time.

"A few hours ago, I was in the hands of the Taliban. I could die any moment. Now, I'm seeing my family."

By that time, the news had spread all over Pakistan and celebrations had broken out in his hometown of Multan. When he arrived there his family was waiting. 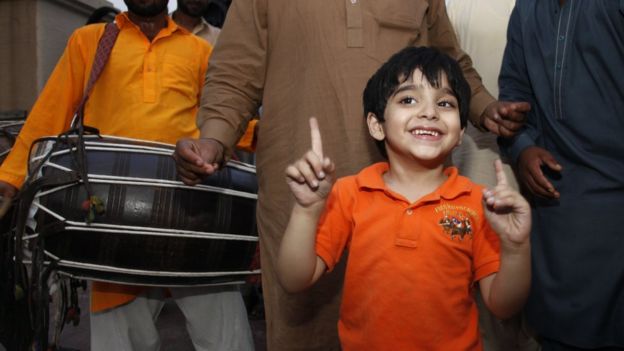 "First I hugged my mother. She was crying and I said 'it's over I'm back now.' Then I met my son. He'd changed so much, I didn't recognise him but he did.

Mr Gilani says he is keen to move on with his life, he is writing a book where he will reveal more details about his time in captivity.

He says he will eventually go back to politics.

Ali Haider Gilani: 'I was chained for two years'