Osborne: I'll 'Do All I Can' To Make Brexit Work 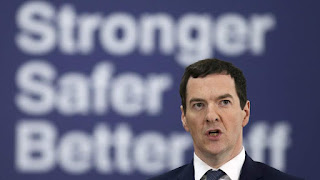 The Chancellor, who has not made a Public Appearance since the result of the Referendum, says he respects the decision of voters.

George Osborne has pledged to do all he can to make the outcome of the EU referendum work after briefing G7 finance ministers on the result.
The Chancellor said on Twitter: "It was a hard fought campaign.

"It is not the outcome I wanted but I respect decision of British people and will do all I can to make it work."

In a series of tweets, he said he had discussed the market consequences with his G7 colleagues and that G7 finance ministers respect the decision of the British people.


He tweeted: "G7 central banks have taken steps to ensure adequate liquidity and support the functioning of markets."


Mr Osborne also said the Bank of England and Treasury are closely monitoring the situation.


He gave no indication over his future and has not made a public appearance, after David Cameron announced he would be standing down in light of the referendum result.


In a statement, G7 finance leaders said: "We ... respect the intention expressed today by the people of the United Kingdom to exit from the European Union.


"We are monitoring market developments following the outcome of the referendum on the UK's membership of the EU.

Dead Ends in Cryptanalysis #2: Timing…
Buying A Property Overseas
Cybersecurity secrets that hackers do…
Music Profile: Crissi Cochrane - Soul…
How To Run a Beauty Salon And Not Los…

Osborne: I'll 'Do All I Can' To Make Brexit Work