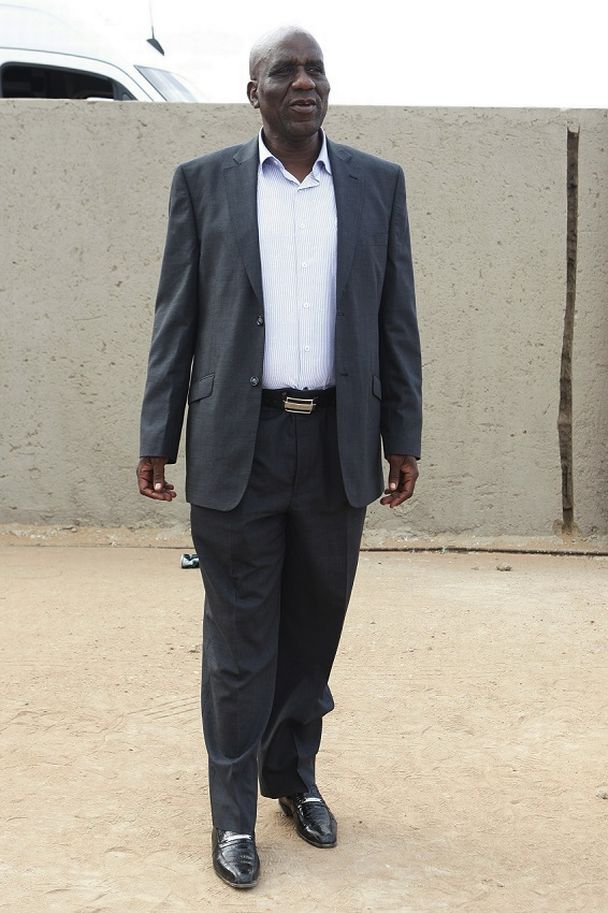 Top ANC officials in Limpopo, including premier and chairman Stan Mathabatha, secretary Knocks Seabi and deputy secretary Makoma Makhurupetje, have been embroiled in a sex scandal involving the newly appointed mayor of Molemole municipality and the wife of his friend, who is a councillor.

This comes after Conti Mokobane, who is mayor Edward Paya's personal friend wrote to Mathabatha and Seabi seeking an urgent meeting to discuss his marital issues.

He alleged in his letter to the provincial leadership of the ANC that Paya was bonking his wife.

Sunday World understands that the meeting took place on Thursday at the ANC Limpopo headquarters in Polokwane and was attended by Mathabatha, Seabi and Makhurupetje as well as Batlokwa traditional leaders led by kgoshi Kgadu Machaka.

It is understood that Mokobane raised complaints against Seabi who he accused of ignoring him for seven months after he was alerted about the matter.

"I told the premier I don't want the matter to be handled by Seabi because he ignored me for seven months, and he agreed with me and asked Makhurupetje to handle it," he told Sunday World this week.

"The mayor's wife told me that her husband was sleeping with my wife and then showed me the mayor's phone with SMSes and nude pictures of my wife.

Paya confirmed that he had been sleeping with Mokobane's wife but claimed that he did not know that she was his wife.

"The woman you are talking about was my girlfriend when we were still at school and I did not know that she was that man's wife because he never introduced her to me. I have been friends with that man for a long time. I only discovered that she was his wife when he introduced me to her and I immediately stopped seeing her."

Paya said he intended to send a delegation of elders from his family to the Mokobanes so that the matter could be handled in a traditional way.

He said he still has high regard for his friend and hopes that the matter will be resolved.

"I plead that the matter should not be used to divide society and the family of the ANC," Paya said.

Paya appealed to members of the ANC to not judge him.

"We sympathise with the man whose marriage was destroyed by Paya because he is one of us. We are against Paya's appointment as mayor because he has no respect for traditional leaders," said Mufamadi.

ANC provincial spokeswoman Khumbudzo Ntshavheni could not confirm or deny the meeting.

"I can't comment about the meeting and even if the meeting took place it's not for public consumption. If it was . we would have issued a media statement.

"The ANC was not a marriage counselling centre and matters of marriages are responsibilities of families in African culture and in civil matters of the court," said Ntshavheni.

The extramarital relationship between Paya and Makobane's wife was confirmed through a barrage of the raunchy exchange of messages between the two dating back to the beginning of last year.

The messages were allegedly seen and exposed by Paya's wife after she went through her husband's cellphone.

Some of the SMSes read:

"Morning love I just can't help myself but to appreciate and thank you for the love and time that u are giving me. The efforts you are putting in this relationship. Thank u. U complete me and I am still in love with you like the first day we met. I just wish to mother ur kids and I feel so really positive that God will answer us."

Paya responded to the SMS saying:

"Thank you so much my Love. I have that hope too my love. I feel that one day our prayers will be answered sweetheart."

In another message, Mokobane's wife sent Paya a picture of her punani and said:

In another message, she confirmed that they were also having sex at Mokobane's house and it reads:

". Ur essence filled my bed. I love you sweetheart."

"I had a very good night sleep baby. Thanks for pain killers . You gave me a sweet punani."

She then fired off another message saying:

"I love you my baby u gave me the perfect 4-5 maabane. Eddy promise to love me and never leave me. I enjoyed being with you."

The woman, in another text message, raised her fears with Paya that people were saying he was going to dump her when he gets promoted to be mayor.

In another SMS the two had a fight over Paya's hesitation to give her R200 to do her hair.

According to another SMS, the councillor's wife also initiated the sexcapades. "Ke dumile gore re nyobane," she said in Pedi.