From Cape to Kairo, these 15 women are Africa's key influencers—and from the number of followers they each have on social media, millions agree. Traversing industries like media and film to tech philanthropy, each woman shows us that #africangirlsrock and always have. Click the follow button and see what they're all about.

These two francophone beauties—business partners and best friends—are the hosts of the popular Youtube talk show YTLA. Richoux, an image consultant, and Mayassi, a stylist, both have social media pages teeming with envy-inducing style moments. If you're looking to brush up on your French, these two are the perfect follow to do so (luckily for the rest of us, there are subtitles).

Named one of the most influential people in the world by TIME Magazine in 2014, Ory Okolloh Mwangi is a force in the East Africa social media sphere. Currently the head of investment at Omidyar Network, she is the former Policy Manager in Africa for Google, and co-founder of Ushahidi and Mzalendo. But her biggest influence can be seen on Twitter, where she can spur debates and conversations with a single tweet. A proud mother of three, she is determined to build the next generation of strong African women who will succeed her as major movers and shakers.

With an infectious laugh and the figure of Jessica Rabbit, Minnie Dlamini is one of South Africa’s most renowned media queens. The 26-year-old first came into popularity in 2010 when she was picked to host LIVE, a popular South African music show, and has been a fixture on the media scene ever since. This summer you can find her hosting the E! Africa red carpet for the South African Music Awards or filling up at Madiba, the Brooklyn-based South African eatery in New York.

The first MTV VJ out of Tanzania, Vanessa Mdee, also known as Vee Money, is one of the most famous artists out of East Africa. Naturally cheeky with an edgy sense of style, the East African beauty can be found hosting gigs or gracing stages all over the continent.

Linda Ikeji could easily be considered the queen of African gossip thanks to the popularity of her eponymous blog. Launched in 2006, her rise to prominence coincided with the rise of internet gossip in Nigeria. Now that millions of visitors click in to catch her blog posts, there's talk that she's in the process of diversifying her brand into other arenas.

“...They have to talk about you. Because when they talk about themselves, nobody listens,” Bonang Matheba tweeted. As one of South Africa’s most famous women, Matheba definitely keeps tongues wagging. TV presenter, radio host, red carpet mainstay, brand ambassador, reality TV star, fashion icon; if there’s any title worth having in the South African media market, Matheba probably has it. The first face of Revlon cosmetics outside of the continental US and one of our 2016 International Style Icons is the epitome of glamour. You can find her hosting gigs in South Africa or on the BET international red carpet in LA.

The actress has risen the ranks of Ghana’s film industry and is now producing films through her YNProductions.

Though she spends less time in Africa nowadays thanks to her bustling Hollywood career,Nyong'o still reps her native Kenya with pride. While you won’t find much in the way of her personal life, you can still kill time drooling over her exotic vacations, magazine spreads and ridiculously flawless candid shots. 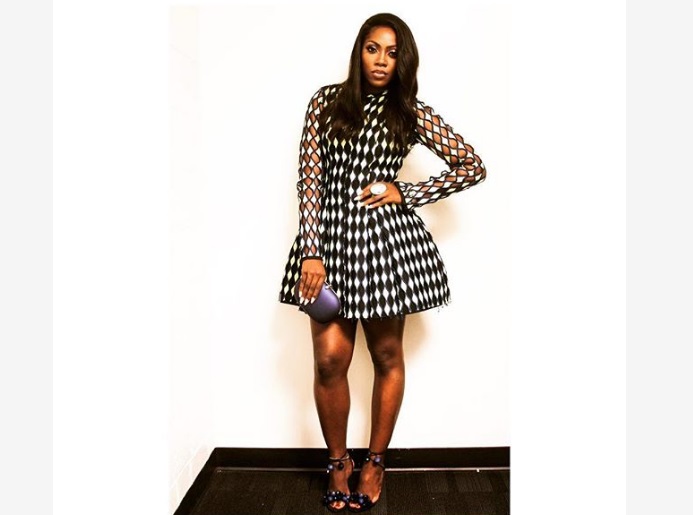 As the first lady of the Nigerian music scene, Tiwa Savage is a must-follow. The beauty, who recently signed to RocNation, is the first African female brand ambassador for Pepsi. She is currently on tour to promote her latest album, RED. 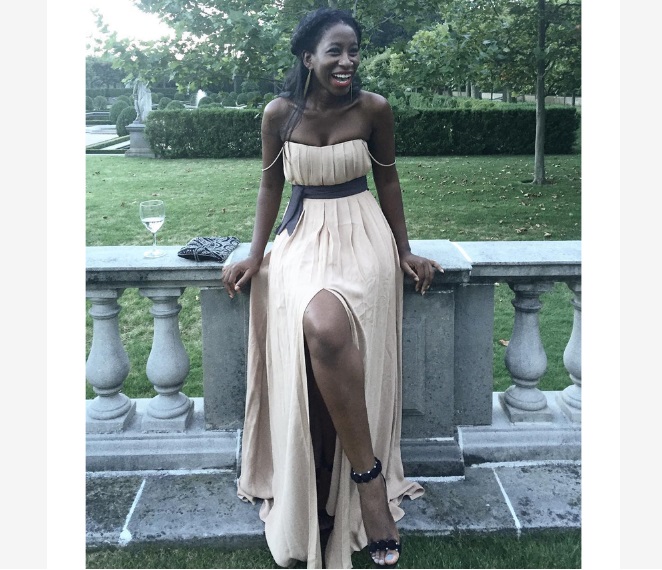 Repping: Liberia/USA
Twitter: @sarankabajones
Instagram: @sarankjones
As the founder of FACE Africa, an organization that aims to bring clean water, sanitation and hygiene programs to remote communities in Sub-Saharan Africa, Saran Kaba Jones is constantly on the road. Besides her philanthropic endeavors, the recently named TIME Next Generation Leader has built a strong social media following as well. 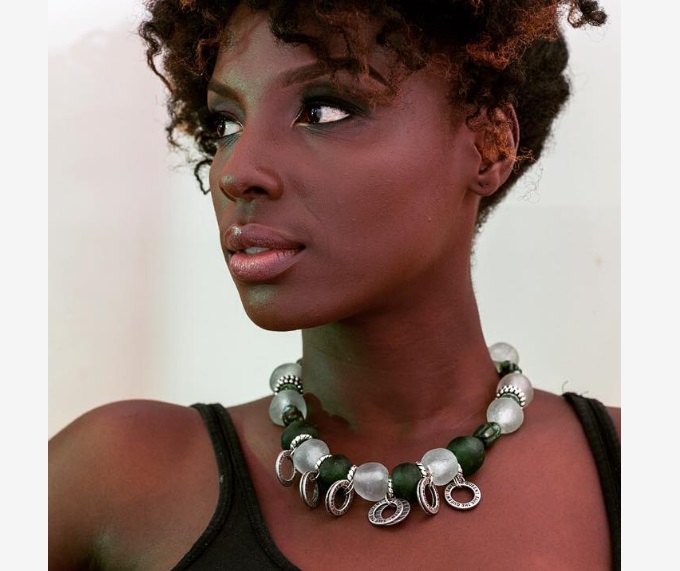 The An African City star is expanding into the production realm with her own travel show Girl Going Places, which explores Ghana’s hidden gems. 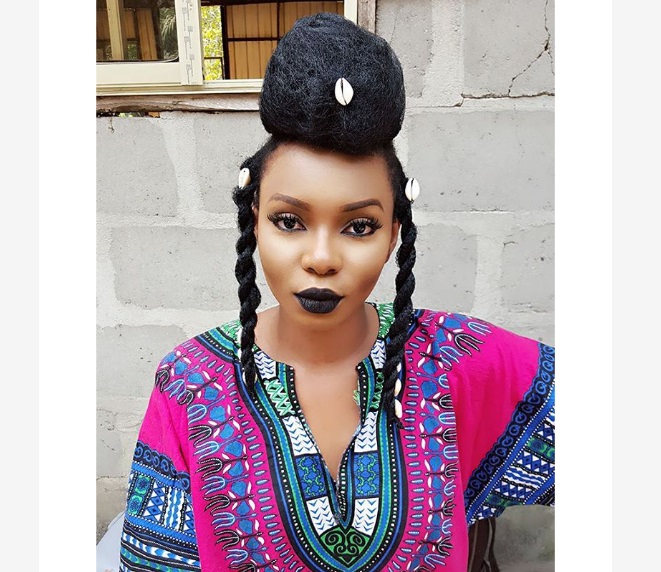 Although Tiwa Savage is the established queen of Nigerian music, Yemi Alade is coming fast for the crown. The spunky singer, whose videos are broadway musicals in and of themselves (seriously, check them out), will leave you moving your hips to tunes from her latest album,Mama Africa. 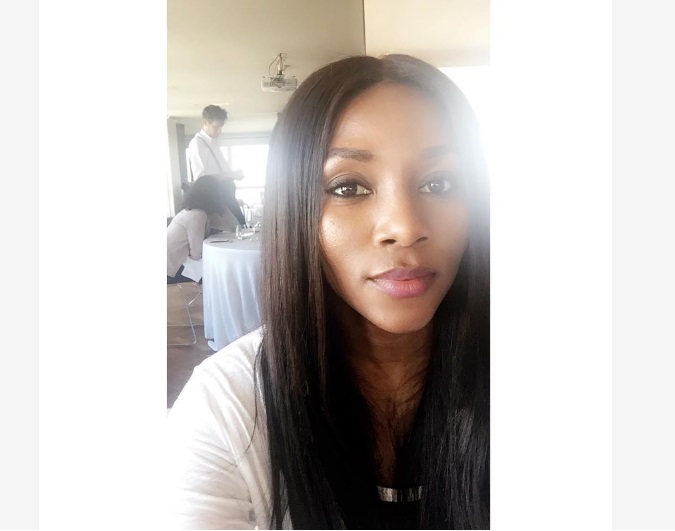 One cannot speak of Nollywood, Nigeria’s billion-dollar movie industry, without talking about OG Genevieve Nnaji. The gorgeous actress (and muse to many a musician), has earned her stripes as an actress and is widely considered one of Africa’s most beautiful women.