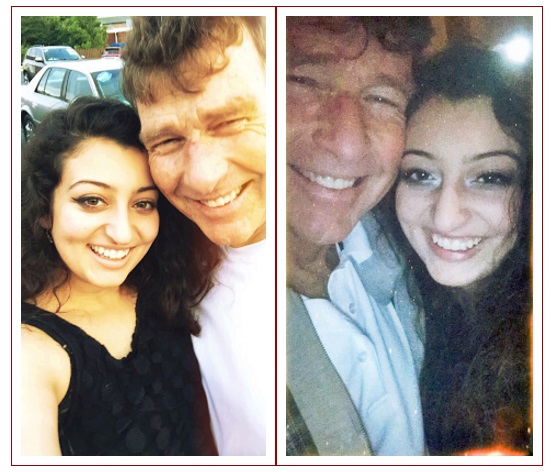 20 year old Leah Senibaldi is head over heels in love with a 60 year old man who used to be in a music band with her father.
Leah and 60 year old appliance salesman Ress Benson have been dating for two years after they met at her father's Band Practice 3 years ago. The couple are so in love that they don't care about the disapproval from family, friends and even strangers as they are talking about tying the knot.

Leah from Nashville, Tennessee said when they met for the first time three years ago at her father's band practice, the attraction was “instant', She knew then and there that she had found her soulmate and their feelings for each other grew stronger, but they did not get romantically involved until 12 months after Leah confessed her feelings.
In an interview with Dailymail.com She said: 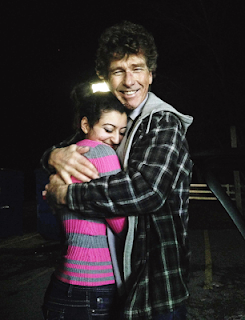 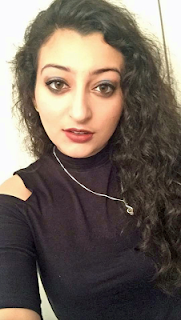 “We get a lot of stares, but we’re never offended, we play up to it and have a lot of fun by giving people something to stare at. Quite often if we know people are staring we will kiss to try and wind them up, it shocks them but we don’t care because we’re not doing anything wrong.”

Their feelings for each other grew stronger as they saw each other at her father’s band practice: “When we first met three years ago, our eyes just locked and I don’t know why but I ran up and hugged him – it just felt right.

“After my parents found out I was talking to Ress online, they assumed the worst, they didn’t want us talking and thought he was just trying to groom or use me. I was forbidden from talking to him, but after a year my feelings towards him hadn’t changed and we started chatting again.”

When they again met in person, Leah says she knew instantly they were supposed to be together:

“I knew I loved him and since then nothing’s changed, my feelings have only grown with time. It was obvious that we had feelings for one another, we were meant to be together and since we started dating last year we’ve been completely inseparable.”

The pair’s family and friends were resistant to their love at first and Leah says her parents are still refusing to acknowledge they are serious about each other.
Ress, who works as an appliance salesman, is nine years older than Leah’s mother. But he is 18 years older than her father.
Calling his meeting with Leah a “spiritual encounter” he said they faced serious opposition, revealing:

“Her parents tried everything in their power to scare Leah away.”

Meanwhile Leah, a student, says she doesn’t worry about being a young widow and believes they will have a chance to enjoy each others company for many years. And she believes many women are just jealous of her “attractive” man:

“When we went out to dinner for my 20th birthday, one older woman kept turning around and looking at us, once I realised, I leaned over and kissed Ress on the cheek, I think they’re just jealous. I think a lot of older woman are jealous of me, because I’ve got such an attractive boyfriend and they can’t have him.”