Woman plots to kill her Airforce husband to claim his $650,000 life insurance/benefits 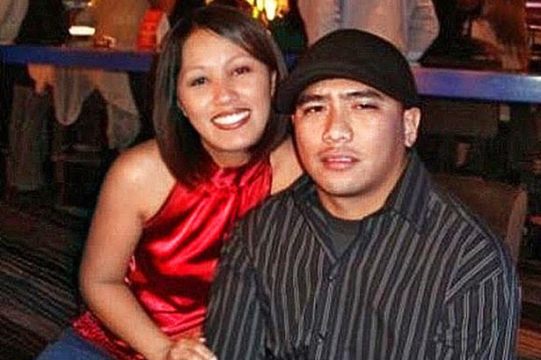 Not many would have believed that Michelle Paet, 28, wife to Air-force man Staff Sergeant Nathan, 28, would plan with her lover to kill her husband just so she could claim benefits and life insurance.One ordinary evening, Sergeant Nathan kissed his kids goodbye and headed to his car to go to work extra shifts to make more money for his wife and children. Just then Michelle sent a text message on her mobile phone. Minutes later, the sound of gunfire filled the night air and Nathan staggered back into the house with his body filled with bullets. Nathan (pictured above) collapsed to the floor and died minutes later as his horrified family watched on. But many didn't know that the answer would lie in the text message Michelle sent as her husband walked out the door.

In 2010, Michelle and Nathan Paet were living in Las Vegas with their four children aged between two and nine after falling in love as highschool sweethearts.
Nathan joined the US Airforce and served loyally, working tirelessly to make enough money to take care of his family but his wife Michelle already had her heart elsewhere, and started dating a man she worked with at a telemarketing company. 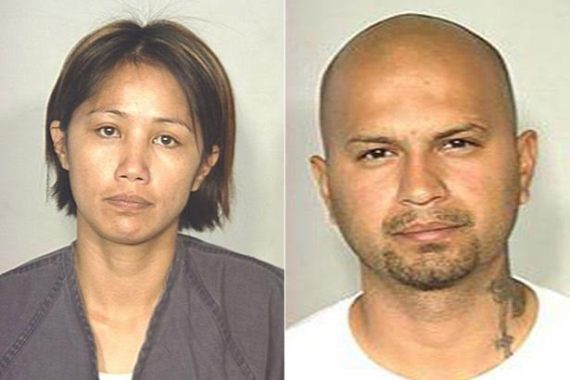 Michelle’s lover was Michael Rodriguez, 36, (pictured right) and for six months they had a passionate sex-filled love affair and together, they came up with a  plan.
Michelle wanted to be with Michael, but she wasn’t willing to walk away from her marriage without anything. She knew she’d be in line for $400,000 (£303,000) from the military in the event of Nathan’s death and a life insurance policy worth $250,000 (£190,000).
She wanted Nathan dead but Nathan wasn't aware that his wife was even cheating on him talk more of planning his murder, so he continued to work on late night shifts to make more money which gave Michelle and her lover the perfect space and time to plan Nathan's murder.
On the night of 1 December 2010, Nathan got ready to go to work. He dressed in his camouflage uniform, as always, and prepared for the night shift.
Outside, Michael pulled up in his black Cadillac and lay in wait. His phone received a message – it was from Michelle.
"He’s rushing to get out of the door. LOL," it read.
Nathan said goodbye to his family and walked out to the garage, then Michael shot him five times in the back. Nathan was such a strong man that he found the strength to stagger back into the house where he collapsed in front of his wife and children.
Michelle pretended to be distraught and cried and cried in front of her children and medical personnel .Then, a few hours later after her husband was confirmed dead she sent a smiley face text message to her lover.
Michelle quickly crumbled when questioned by police and admitted that she and her lover had been planning for Nathan's mother for two months but Michael wasn't willing to confess at first claiming he was having sex with another woman in a Las Vegas hotel at the time of the shooting, but the woman, an ex porn star, said she’d been offered money by Michael to give him an alibi. He had told her he was about to come into a large amount of cash.
Both Michelle and Michael were charged with Nathan’s murder. in September 2015, Michael received life in prison without the chance to appeal or parole while Michelle pleaded guilty to conspiracy to commit murder and to first-degree murder with use of a deadly weapon.
Michelle broke down as she faced Nathan’s parents.
"I’m sorry," she wept. "I love you guys and I love my kids, and I hope that this is closure for you." "I was emotionally vulnerable," she said. "I made a huge mistake and a really bad choice and I’m truly sorry."
As a woman of faith, I forgive you because your soul clearly needs forgiveness," Nathan's mum said to Michelle.
According to Nathan's mum, Michelle's kids still jump up from bed at loud noises because they fear their mum could attack them the way she killed their father.
The judge said "You were much more involved than you’re willing to admit," he said. Michelle, now 33, was sentenced to life in prison without the chance of parole.
According to the Judge, Michelle threw away years of devotion for a man she’d known just six months.
Source: Mirror UK

Woman plots to kill her Airforce husband to claim his $650,000 life insurance/benefits