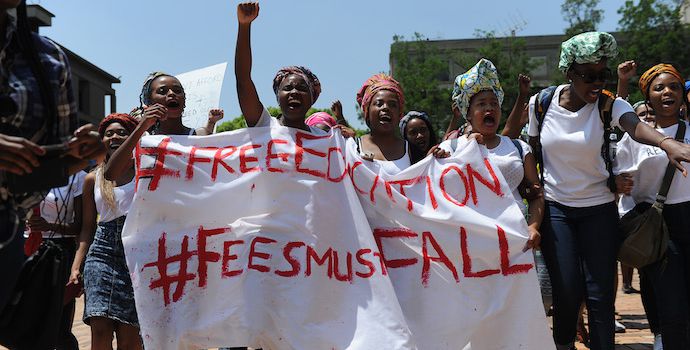 Tax authorities are helping to track down former students who owe billions on their National Student Financial Aid Scheme (NSFAS) loans.
This means that when former students are employed and start paying tax, it will be harder for them to dodge repaying loans.

Unpacking a Career in Agriculture wit…
New York 5th Avenue Shops
K.O – Omega Freestyle Lyrics
Drug Repurposing II
International Leadership Scholarships…
Sars is helping to track down former students who owe billions on their National Student Financial Aid Scheme loans
On Friday, the South African Revenue Service (Sars) issued a notice allowing its officials to hand over certain taxpayer information to the NSFAS. This doesn't mean handing over their tax records but it does allow Sars to provide information to help the NSFAS trace them.
Also Read : NSFAS sold millions of students loan repayment to MBD Credit Solutions
It includes the taxpayers’ names and tax numbers; any identifying number which would include an ID number, addresses and contact details; and their employers’ names and contact details.
The new rule is effective immediately.
It's expected to provide much-needed help to the NSFAS, which has been struggling to collect from students once they've graduated or moved on.
“We believe that working with state agencies would make it easier for us to track down all defaulting debtors whose loans are due,” said NSFAS spokesman Kagisho Mamabolo.
He said it would also be easier for the NSFAS to list them as debt defaulters.
The students owe billions and while last year's debts haven't yet been totalled, “at the end of March 2015, the scheme recorded a loan book with a cumulative nominal value of R21.3 billion and a fair value of R6.1bn”, said Mamabolo.
Students are expected to start repaying when they earn R30 000 a year.
The NSFAS is funded largely by the national government, through the Department of Higher Education and Training. While it's getting more money every year from the department, the help from funders decreases every year.
In the wake of the #FeesMustFall protests, the government's contribution to the NSFAS was hugely hiked this year, going from R5.2bn in 2012/13 to R6.5bn in 2015/16 then jumping to R11.4bn this year. The extra was partly for helping the “missing middle”, the students whose families had earned too much to qualify for help but who couldn't afford the fees.
But the contributions from outside funders were down from R2.4bn in 2012/13 to just R114m last year.
Repayments from students have been dismal. In 2012/13 students repaid only R423m and last year just R373m.
The February Budget noted the need to increase the amount of money available to the NSFAS for students and the recovery of the loans.
In April and May, Minister of Higher Education and Training Dr Blade Nzimande told Parliament that the NSFAS had, from 2000 to last year, provided students with a total of R41.1bn in loans plus R20.4bn in bursaries.
A total of R12bn of the loans was later converted to bursaries due to the students’ marks, in line with policy.
Only R432m of the debt was written off, mainly for students who died, he said.
He said there were 247 913 debtors who had dropped out without graduating and who together had repaid R1.8bn but owed another R4.7bn.
On June 30, the department warned students that the extra funding from the state this year did not mean they didn't have to honour their repayments.
“Some confusion appears to have arisen because debts owed by some individuals to universities for fees owing from 2013 to 2015 are being settled through NSFAS loans,” said department spokesman Khaye Nkwanyana at the time.
“This has allowed graduates to obtain their certificates and degrees in order to assist them in finding work or continue with their studies, but they are still required to repay NSFAS as agreed.”
The cabinet has also called on students to repay loans, to help the next generation.
“The cabinet encourages all NSFAS beneficiaries who are employed to contact NSFAS offices and start repaying their loans. It is your responsibility to play your part in helping other students who are in need of financial aid,” said the cabinet after its June 22 meeting.