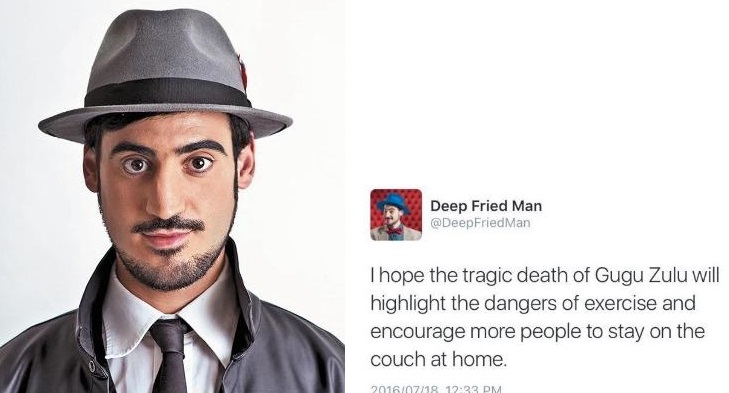 The comedian tweeted: “I hope the tragic death of Gugu Zulu will highlight the dangers of exercise and encourage more people to stay on the couch at home.”

He further went on to tweet the following: "When someone dies of a drug overdose everyone blames drugs but when people die from extreme exercise no-one blames exercise."
— Deep Fried Man (@DeepFriedMan) July 18, 2016


Deep Fried Man has deleted the tweets after people on Twitter started attacking him for being "insensitive".

What are your thoughts on this?