What happens when a 12 year old girl marries a man who could be her grandfather? 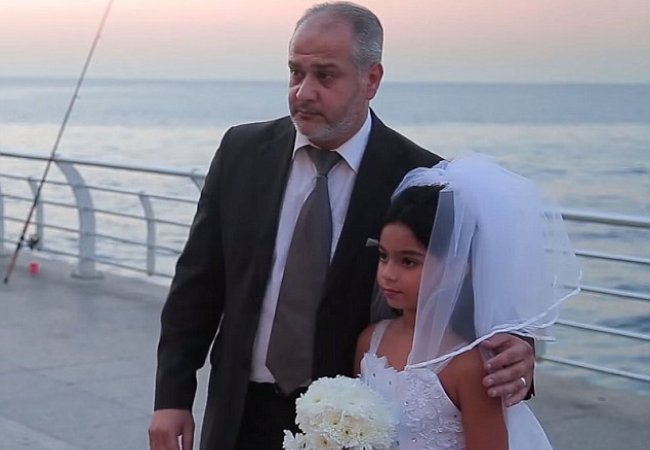 The boardwalk overlooking the Mediterranean became the perfect setting to conduct a photo shoot a couple of newlyweds. The couple? A 12 year old girl and a man who could easily be your father or grandfather.

The age difference is such that the images caused a stir in Lebanon, which was held this photoshoot. While the couple was portrayed many of the people passing by were indignant at them, while others even came to congratulate the groom.

Fortunately, this video does not portray a royal wedding. Boyfriends are actors and this photo shoot was conducted in order to raise awareness about child marriage, one of the problems that still exist in countries like Lebanon.

The video was an initiative of KAFA (which in Arabic means "Enough"), a charitable organization that among other things seeks to raise awareness about the problem of child marriage. According to UNICEF, one out of every 100 girls gets married before age 15 years. 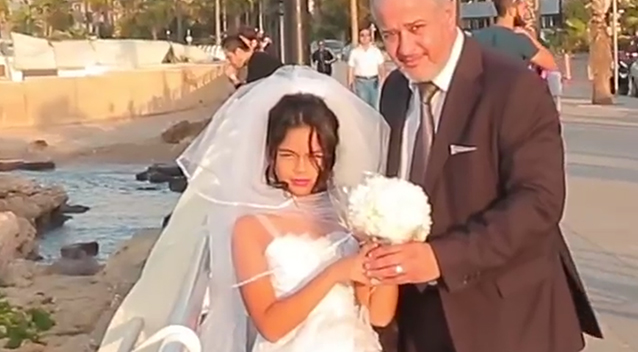 The marriage between girls and older men is a reality that exists in the world and is one of the most common practices in sub-Saharan Africa and South Asia.

According to UNICEF one of the most common reasons that parents agree to marry their daughters at an early age it is because, in some cases, poor families consider that girls are an economic burden and see it as an easy way out for family survival. In other cases, they are home to protect girls from being sexually or in order to ensure the docility and obedience in the home of husband and maximize their reproduction aggression.

What happens when a 12 year old girl marries a man who could be her grandfather?