Pastors come out strongly against Uzalo: It's a disgrace and disgusting 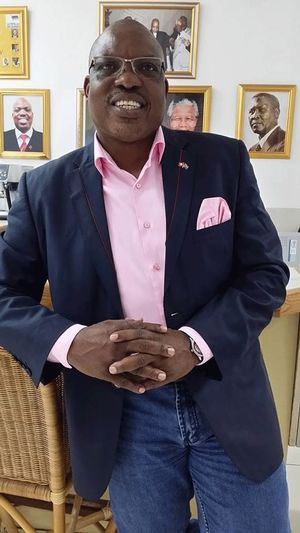 SABC 1’s telenovela Uzalo has reportedly ruffled a few feathers with its story line depicting a pastor‚ who does not conform to accepted standards of morality.

Daily Sun reports that real-life Pastors are displeased with one of the characters on the show‚ Pastor Nkosi — whose storyline involves being a sex pest and a church thief — alleging that he makes them look bad.

Best Things to Do in Cadaques, Beauti…
Homemade Root Beer Float Popsicles
12 best staycation ideas you need whe…
Rockers The Cold Stares Release New “…
“The Friend Who May Not Seem a Friend…
“The Pastor Nkosi storyline is painting the wrong picture of Christian pastors and Christianity as a whole‚” Pastor Caleb Mbokazi of Inheritor’s Foundation Church of Christ told the local publication.
When President Zuma endorsed his daughter’s TV show
“I know the show is funded with a budget of millions but it’s clear those millions are used to painting us as bad people‚” he added.
Pastor Vusi Dube of eThekwini Community Church told Daily Sun that the emergence of the Pastor Nkosi character has caused him to be scared to stand in front of his congregation‚ fearing that he could be compared to the immoral pastor in the drama series.
“Many of us are angry. We don’t have a structure where we can voice our anger. I’m afraid even to stand in front of the congregation and preach or ask for offerings‚” said Pastor Dube.
Speaking to TMG Entertainment‚ the show’s publicist‚ Koketso Phala explained that the mandate of Uzalo is to entertain‚ and also reflect what is happening in society.
“Uzalo is meant to entertain‚ that is the core focus of the show‚” she said.
“But more importantly‚ it shows what is really happening out there. It is not to say all pastors are bad‚ but these things happen.”
source Sundayworld


This post first appeared on The Edge Search, please read the originial post: here
People also like
Best Things to Do in Cadaques, Beautiful Town in Costa Brava
Homemade Root Beer Float Popsicles
12 best staycation ideas you need when you can’t travel
Rockers The Cold Stares Release New “Heavy Shoes” Video
“The Friend Who May Not Seem a Friend” – The Cat and the Fire, Post 2 of 3
ALBUM: Sun-EL Musician – To The World And Beyond
Gulf Islands – On Foot – Part 2
50 Greatest Christian Rap Songs pt. 3
Netflix’s Warrior Nun Review: A War To End All Wars

Pastors come out strongly against Uzalo: It's a disgrace and disgusting