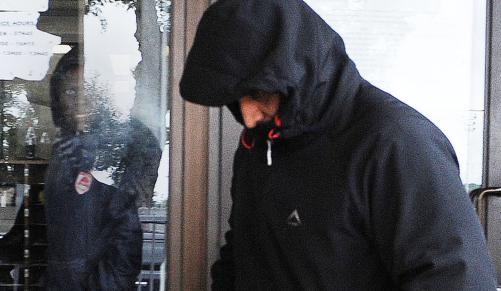 Cape Town anti-gang movement #GangsterismMustFall has called off their picket and boycott calls against Spur and Nandos, it confirmed on Saturday.
The organisation this week urged Capetonians to not support the two franchises, specifically Nando’s Gardens and Athlone and the Ottery Spur, which were partially owned by Rondebosch businessman Irshaad Laher.

Karen Wiesner: I Have Dreamed a Littl…
Case Study: Reasonable Accommodation …
Discover the Magic of Venice in Novem…
Review: ‘A Bluesman Came To Town: A B…
Easy Pet Rocks Craft Idea For Kids
Laher was arrested and appeared in the Bellville Magistrates Court on Monday on charges related to Gun Smuggling and racketeering.
He was released on R100 000 bail.
He is a part owner of Kusasa Commodities 332 CC, Rosta Traders CC, Aspidus 238, and Aspar Properties CC.
Kusasa owns the Spur in Ottery, Rosta the Observatory Spur, and Aspidus Nando’s in Athlone. Laher is also understood to have had shares in Nando’s in Gardens.
His shares in the eateries have since been sold to other shareholders.
The organisation’s Roscoe Jacobs said the organisation was satisfied that the franchises had heeded its call for it to distance itself from Laher.
While acknowledging that Laher had not been convicted on any of the charges, he insisted that the allegations in itself was concerning.
Nando’s on Friday told News24 that while no wrongdoing by Laher had to date been proved, it “categorically condemns all acts of violence and criminal behaviour”.
Spur had not yet responded to a query sent on Friday.
Laher is accused of buying Guns from ex-policeman Chris Prinsloo of Vereeniging, who was recently sentenced to an effective 18 years behind bars after entering a plea and sentence agreement with the State.
He pleaded guilty to 11 charges, including theft, racketeering, and money laundering.
The former colonel was in charge of the police armoury and stole 2400 guns over almost a decade.
In his plea agreement, Prinsloo said he provided guns to a man in Cape Town, which eventually ended up in the hands of gangsters.
Prinsloo apparently met Laher in Gauteng when he was a policeman and Laher a reservist. He told police after his arrest that he sold about 2 000 guns to Laher, the State alleges.
The case was postponed to July 22.