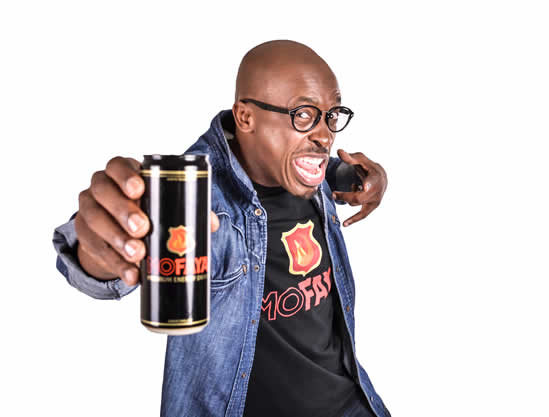 DJ Sbu announced that his energy drink, Mofaya will be launching in the UK in August.
DJ Sbu broke the news on social media explaining that the launch will take place at Dolce Vita Bar in Birmingham, London on Friday, 5 August.

@DJSbu MoFaya now available at Big Sa…
"The African Dream is about to come to pass. We are meant to fly high with the eagles, (sic)" he wrote in a separate Instagram post.
In other exciting new DJ Sbu has announced that he will be returning to radio with his own breakfast show starting on 4 July. The show will be broadcast on RISE FM in Mpumalanga and Vuma 103 FM in KwaZulu Natal.