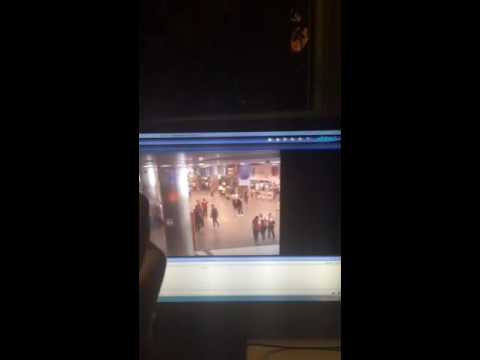 Video of Turkey bombing – This CCTV video posted to social media on Tuesday appears to show the moment a bomb went off in Istanbul’s Ataturk Airport. According to officials, at least 36 people have died and another 147 wounded.


From this video, After the explosion, parts of the airport’s ceiling are seen falling apart. The people nearest to where the explosion occurred are no longer seen, presumably buried under the debris and dust from the fallen ceiling

According to CNN, three terrorists armed with bombs and guns killed at least 36 people at Istanbul Ataturk Airport in Turkey.


This post first appeared on The Edge Search, please read the originial post: here
People also like
Tekashi 6ix9ine Gets Punched In The Head Inside Miami Nightclub, Right In Front Of His Goons
CorelDRAW Photo Sale: Up to 30% OFF