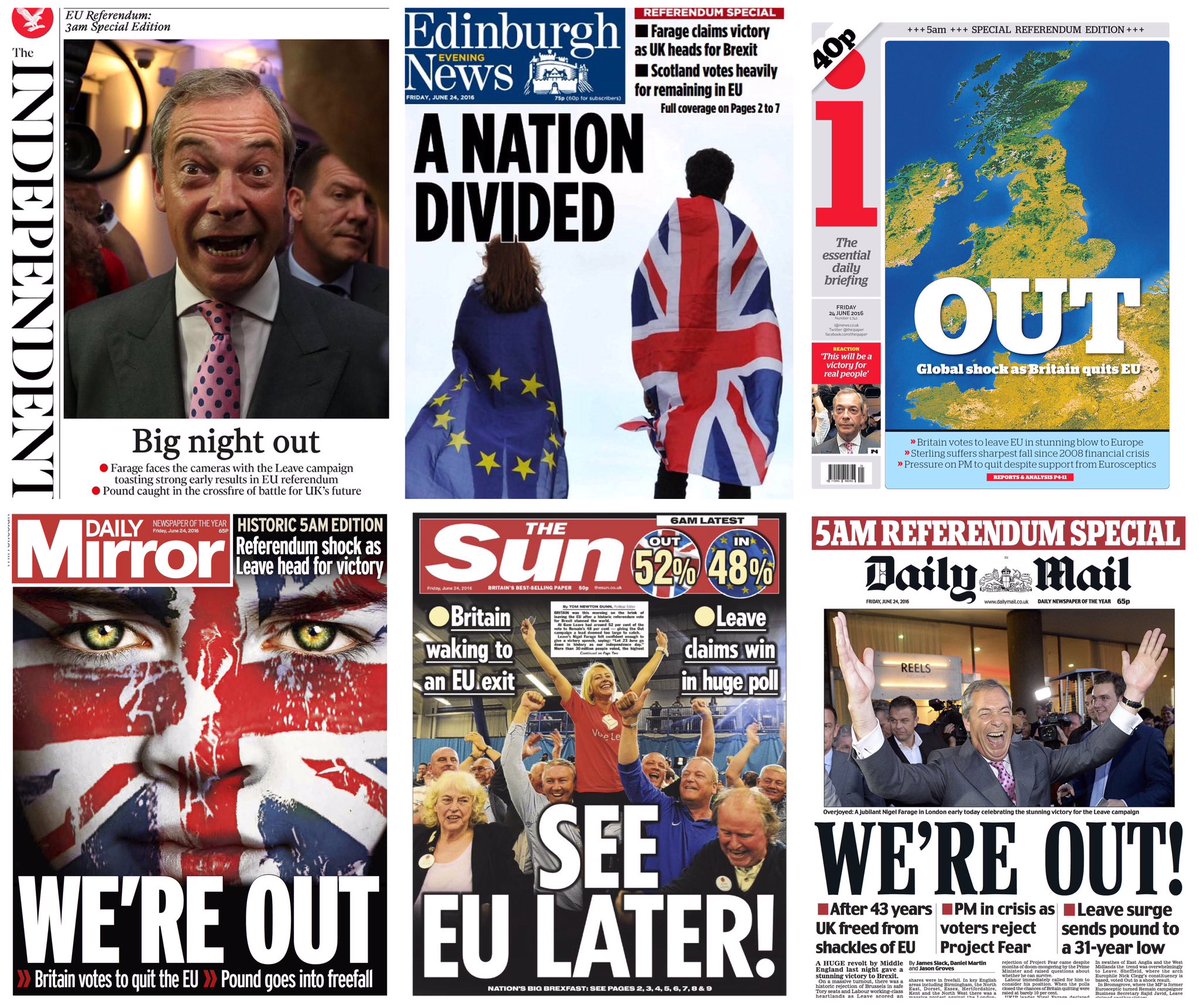 UK votes to leave the EU in historic referendum


The UK has voted to leave the European Union after 43 years in an historic referendum. Leave won by 52% to 48%.
Foreign Secretary Philip Hammond has said that voters have "spoken clearly" and the government's job is to "get on with that decision, protecting the economy and doing all we can to get the best outcome for Britain"
The pound fell to its lowest level in 31 years
Nigel Farage told supporters that June 23 should go down as "our independence day"
Scottish First Minister Nicola Sturgeon said Scotland contributed significantly to the Remain vote across the UK and the Scottish people "see their future as part of the EU"
Britain's vote to leave the EU has "very significant implications" for Ireland, its government said
Sinn Fein has called for a referendum on a united Ireland
Eighty-four Eurosceptic Tory MPs signed a letter calling on David Cameron to continue as prime minister whatever the result of the referendum