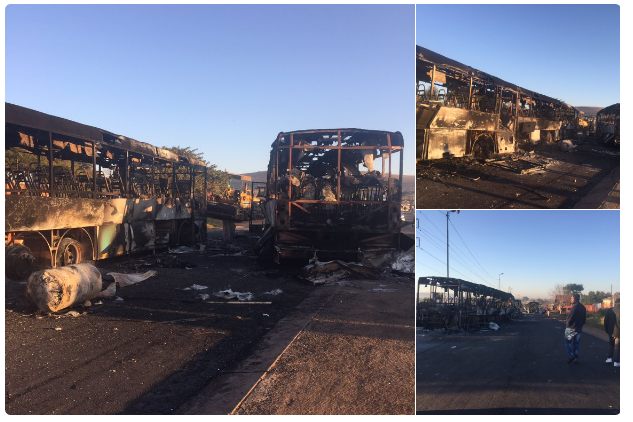 ANC members are protesting in various townships in Tshwane to force the party to change its decision to name Thoko Didiza as its mayoral candidate and push aside Kgosientso Ramokgopa.
More 20 buses were set alight on Monday night and City of Tshwane teams had to be withdrawn from the areas for their safety. Protests continued on Tuesday morning. 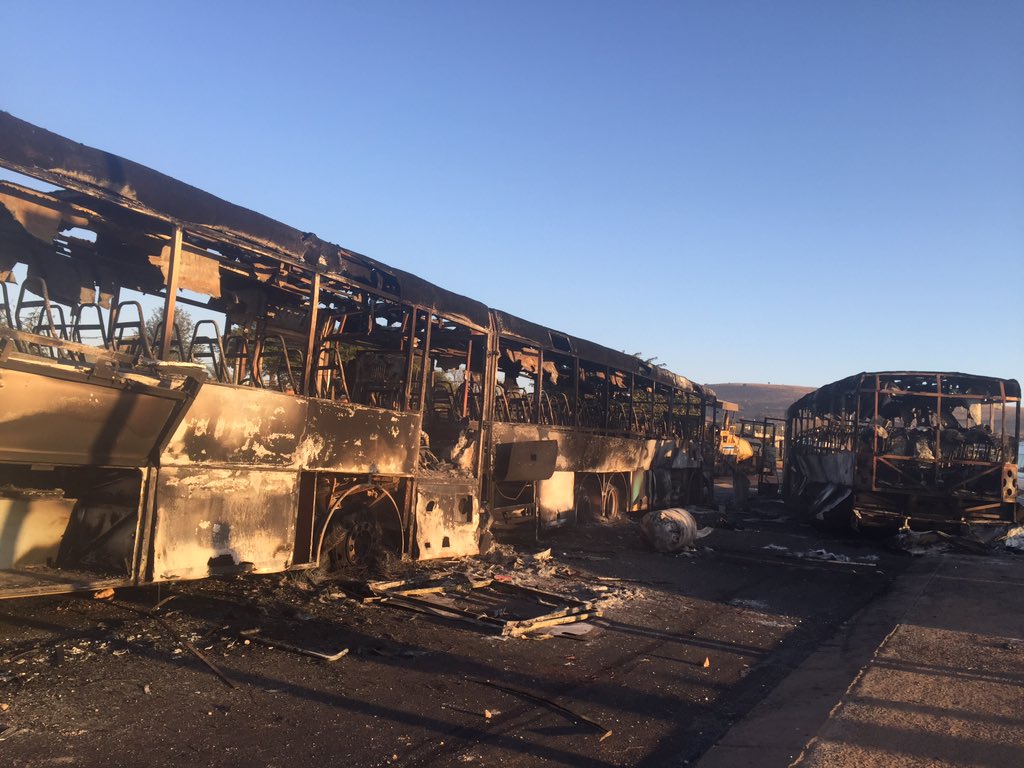 – See how the ANC fared in previous local government elections in Tshwane.
A Branch Leader who asked not to be named told News24 on Monday that protests had spread to Mamelodi, Hammanskraal, Winterveldt, and Soshanguve.
“A lot of protests are expected,” he said. 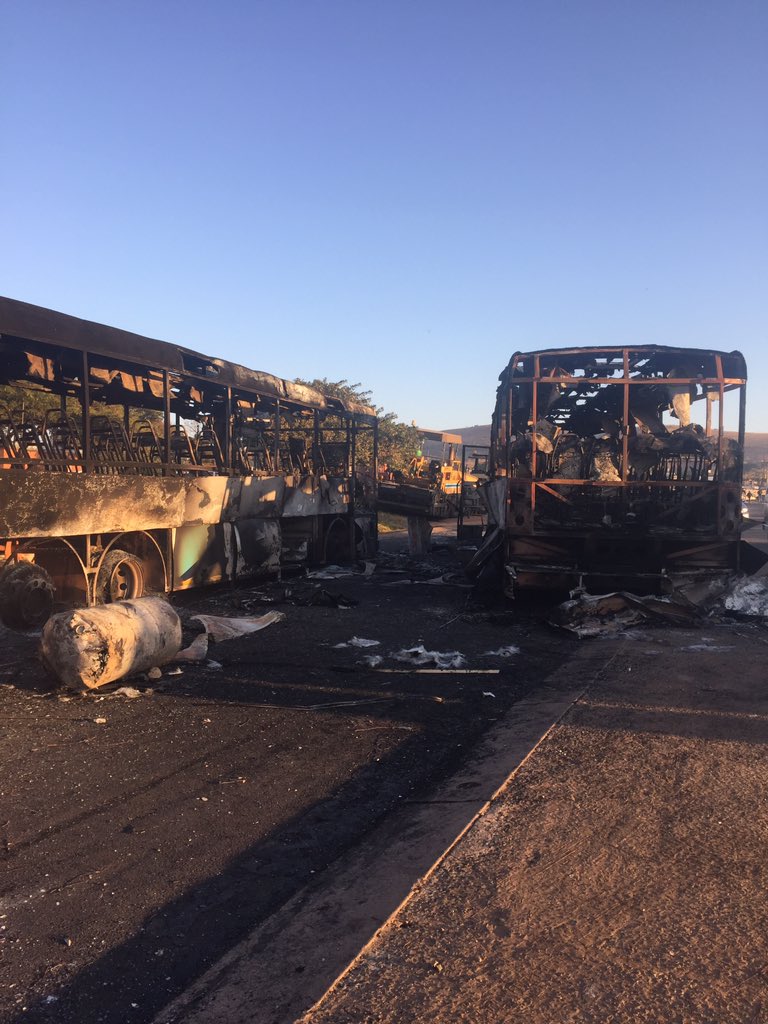 “We as ANC branches wanted to convene a press briefing to communicate the impact today’s announcement, but unfortunately before we could even do that the communities started to revolt.
“We are trying to go back to the branches so that we can calm the situation down. There are already tyres all over the streets in Tshwane.”
Tensions had been simmering in the townships since it was suspected that Ramokgopa would be replaced after the August 3 Local Government Elections. 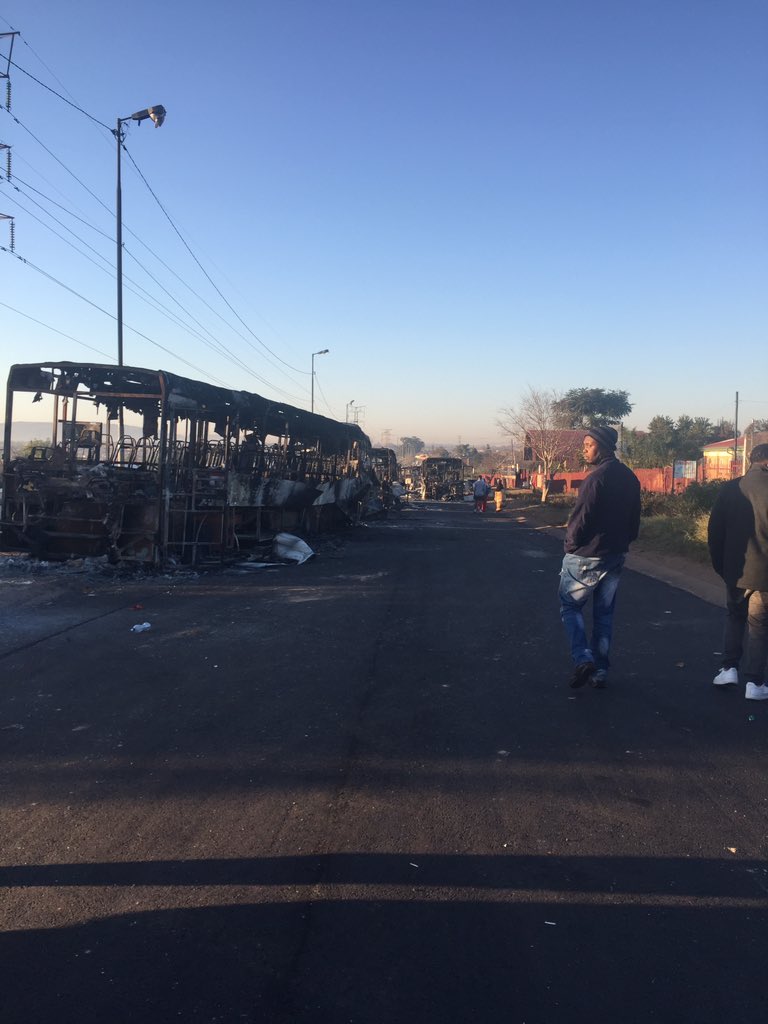 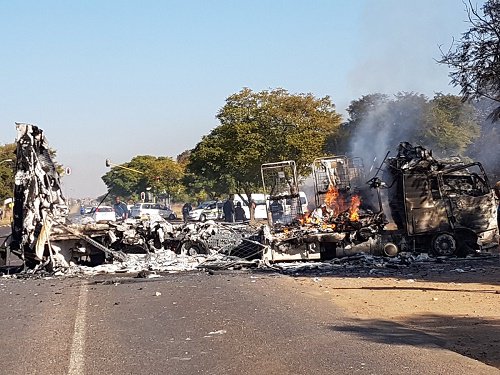 Since then, there had been sporadic violence. A party member was shot and killed on Sunday night. On Monday afternoon, disgruntled members overturned a Tshwane Metro Police car during a protest in central Pretoria.
The branch leader said they had tried to communicate with the party on the impact of Ramokgopa’s removal, before violence broke out.
‘They never listened to us’
“The ANC did not listen to the community. The current sitting mayor is loved by the people and that is a reality. He is not only loved by the ANC members. That decision to bring in somebody from somewhere is hurting them inside because Kgosientso was a people’s mayor; he was able to communicate directly to the people. They feel betrayed. We tried to communicate this yesterday at the Showgrounds, but they never listened to us, the branches,” he said.
ANC deputy secretary general Jessie Duarte told reporters on Monday that Ramokgopa was not among the list of three names the ANC regional executive committee sent to the PEC.
“The decision of the PEC is final and we are respecting it,” she said.
Duarte acknowledged that the process of nominating a mayoral candidate for Tshwane had left the region divided.
“The intensity of the competition in Tshwane had led to a breakdown of relationships between two key individuals. They will still be the regional leadership. We want to give them the opportunity to focus their minds on building the ANC structurally and making sure they go back to the branch and work hard to unify the ANC,” she said.
The branch leader said they were supposed to have met party leaders after the meeting where Didiza was endorsed, but that never happened.
ANC Gauteng spokesperson Motalatale Modiba referred all queries to the regional spokesperson Teboho Joala, who was in a meeting at the time.
– Find everything you need to know about the 2016 Local Government Elections at our News24 Elections site, including the latest news and detailed, interactive maps for how South Africa has voted over the past 3 elections, or download the app for iOS and Android