Model Amber Rose insists she said nothing foul about Kim Kardashian in a recent interview, despite reports to the contrary. 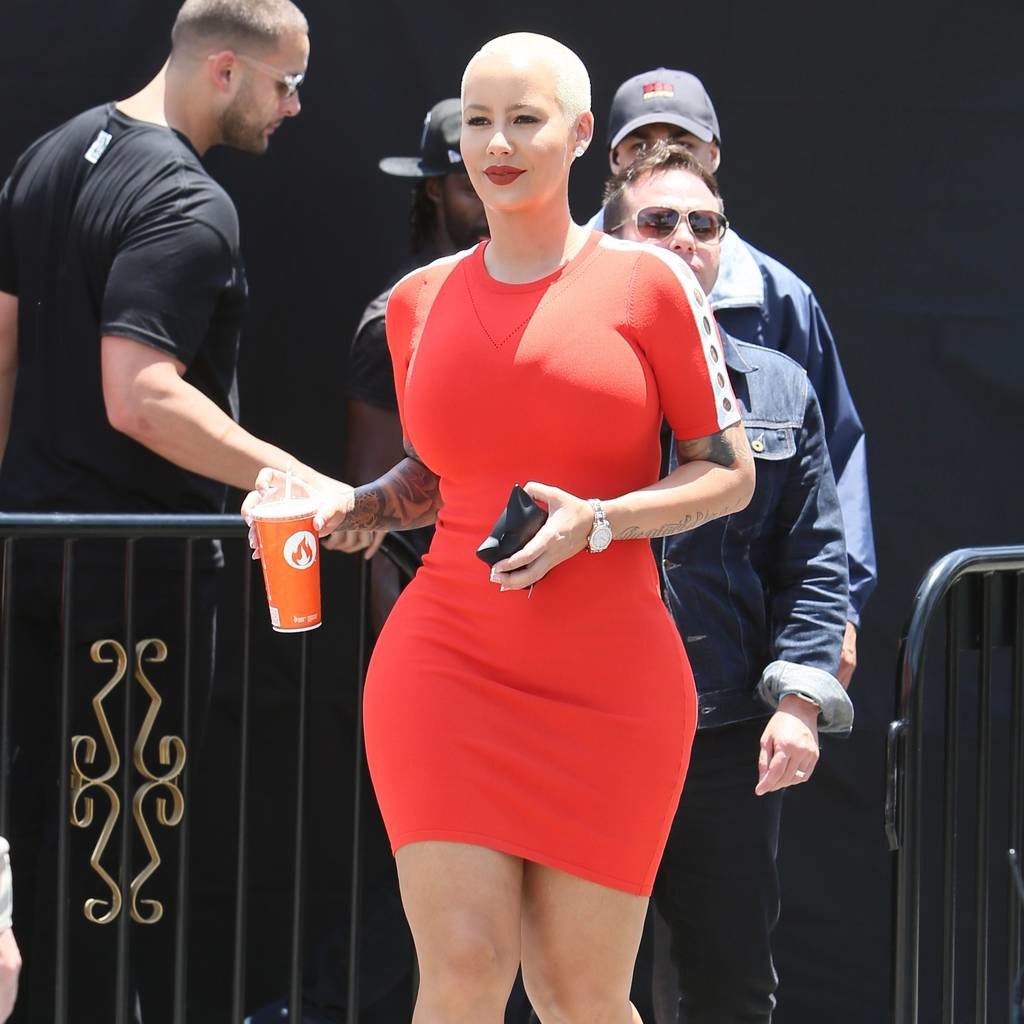 Last week (end10Jun16) The New York Daily News published an article in which Amber slammed the entire Kardashian family, with the 32-year-old having been quoted as saying: “Let’s face it. The only reason these girls have a career is because their older sister had a little fun on tape”.

Kim Kardashian Breaks Down in Tears A…
Do brain waves of a dying person show…
How And Where to Buy Shiba Inu Coin i…
Advisors' Creative Solutions for Gett…
Testosterone & Beard: 8 Easy Ways to …
The tape she allegedly referred to was Kim’s infamous Sex Tape with Ray J that was leaked to the public in 2007, the same year her successful family reality television programme Keeping Up with the Kardashians premiered.
However, Amber claims she never made that statement while speaking to the outlet and the model is infuriated because she swears the quote is completely fabricated.
“It’s interesting, because it’s a f**king train wreck and that’s what they want,” Amber told People magazine of the sex tape diss, which she asserts is a completely fictional line created by desperate journalists. “But it’s not like that.”
She added: “It’s so funny, because I had my publicist on the phone when I did that interview and I went to her and I was like, ‘How are they allowed to do this? I never said that. How can they do this?’ They said that I didn’t give them any dirt so they had to throw that in there … they didn’t acknowledge s**t. They need to apologise to me and say that it wasn’t true, because I never said that.”
Amber is currently promoting her new VH1 network talk programme, The Amber Rose Show, and she claims the only reason she sat down with reporters at the outlet was to promote the series.
“It’s unfair,” she lamented. “I take time out of my day to get dressed and go do interviews and I am away from my son (Sebastian with ex-husband Wiz Khalifa) and I’m promoting my brand. For them to not even talk about my show and say something that I’ve never said is complete bulls**t.”
Kim is now married to rapper Kanye West, who dated Amber for two years until their split in 2010, and although the ladies’ relationship has been heated at times, the stars made amends in February (16).
And since squashing the beef a few months ago, Amber insists she and Kim remain on amicable terms.
“We’re good, man,” she stressed. “We are good. Girl power.”


This post first appeared on The Edge Search, please read the originial post: here
People also like
Kim Kardashian Breaks Down in Tears After Kanye West Recovers Sex Tape Footage From Ray J
Do brain waves of a dying person show we’re in Heaven?
How And Where to Buy Shiba Inu Coin in Australia in 2022
Advisors' Creative Solutions for Getting their Clients Tested Before Travel
Testosterone & Beard: 8 Easy Ways to Boost Growth