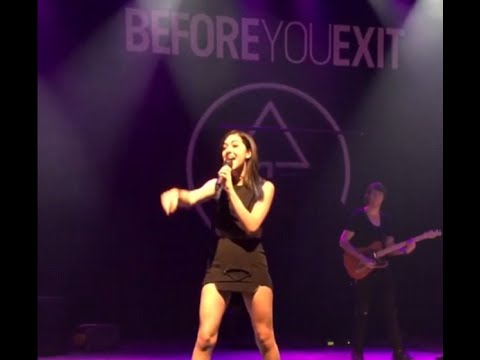 Christina Grimmie shooting video – This video shows Christina Grimmie performing in Orlando, FLorida, a few minutes before she was shot by a gun man. This happened as she was signing autographs and selling merchandise after her performance

The phrase Christina Grimmie shooting video was popular on social media and search engines after it was reported that the voice contestant was shot on Friday night by a gun man who later shot himself dead.

According to CNN, the man who shot Christina Grimmie was not from Orlando and had specifically travelled to the place to execute that crime. This was also conformed by Orlando Police Chief John Mina
Thousands of fans sent condolence messages on Facebook after learning of Christina’s death.

Bruce Toy: I am sitting here in Canada reading this…I saw her on the Voice, excellent singer and a beautiful person, But a tear runs down my face and I am just thinking, How many more lives are going to be shattered by the gun violence in the States, What is it going to take to stop it…Look on the side of trending and every day someone is being killed by gun violence…All the while the gun makers and NRA are making Billions of dollars….

Mark Weaver: The first time I heard Christina sing, it made me think about myself and Feelin’ Good, for who I am. She will be dearly missed by her fans and family. RIP Christina, you where an up and coming star in your profession of singing. You where the greastest.

Mike Watson: It sickens me that when a tragic shooting happens, liberals immediately bring up banning guns, hoping to capitalize on emotions. If she was stabbed, nobody would be asking to take away a Constitutional right. Blame the mentally ill criminal, not the gun. Nobody would say we need to ban cars if the criminal ran her over with a car. Face it, guns aren’t going anywhere and protect us from crazy people like this. It’s an awful tragedy. If he wanted to kill her without a gun he could have.

Martha Yanez: No time to post political views – time to mourn the loss of a talented beautiful young woman whose life ended prematurely. RIP Christina Grimmie. Sympathy and condolences to your family.


This post first appeared on The Edge Search, please read the originial post: here
People also like
Why I Chose to Be Vaccinated Against COVID-19
What You Should Know About Inbound Marketing
Universal Tips on How to Promote Your Business On Facebook
Music Profile: Elliott Waits For No One - Alternative Rock Band - Illinois, Usa | SRL Networks London Music PR
My Top Ten Favorite Business Tools for Entrepreneurs
Keeping in Touch – Chapter 2