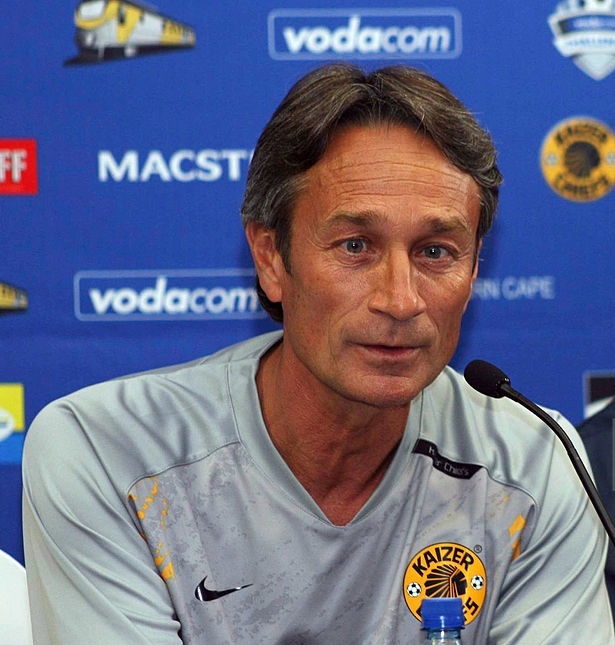 Orlando Pirates have pulled off a major coup in announcing the appointment of Muhsin Ertugral as their new head coach.
Pirates said on their website that Ertugral has signed a three-year contract and will start his new job on July 1 as a replacement for Eric Tinkler.

Former Bafana Bafana midfielder Tinkler’s future at the club is up in the air at the moment following the Buccaneers’ disappointing seventh-placed finish in the Absa Premiership this season.
Pirates lost 6-5 on penalties to Kaizer Chiefs in the semi-finals of the Telkom Knockout, while they were beaten in the first round of the MTN8 by eventual champions Ajax Cape Town. They fared much better in the Nedbank Cup, but again went down 3-2 to SuperSport United in the final last month.
Ertugral comes off an excellent league campaign after guiding the unfancied Mpumalanga Black Aces to fourth spot, equal on 47 points with third-placed Platinum Stars and the same goal difference of eight. But the two teams were separated by virtue of the fact that Stars had one extra win (13 to 12).
But Ertugral’s arrival at Pirates is still a huge surprise as just last week, new Aces owner John Comitis announced that the Turkey national would continue with his team as head coach in their relocation to Cape Town for next season following the sale of the club.
But on Tuesday, the 56-year-old Ertugral said on the Pirates website: “I am excited about the prospect of working for Orlando Pirates Football Club. It’s an absolute honour to be at the helm of one of the biggest clubs in Africa.
“This is a club with great history and tradition. I am looking forward to being part of the Orlando Pirates family and thank the President (Dr Irvin Khoza) for the trust he has shown in me.”
Ertugral will be familiar with the pressures involved in coaching one of the Soweto giants, having guided Kaizer Chiefs in two different spells (1999-2003 and 2007-2009). He has also had three periods in charge of Ajax Cape Town and coached in Turkey and Germany previously.
“Muhsin is a coach who needs no introductions. His achievements and knowledge of the game are well documented,” Pirates official Floyd Mbele said.
“We are confident that he will find all he needs to assemble an exciting and competitive squad ahead of the start of the 2016/17 season.”
Pirates added that Khoza had met with Tinkler earlier on Tuesday “to deliberate on matters of the club” and would concluded their talks on July 4.