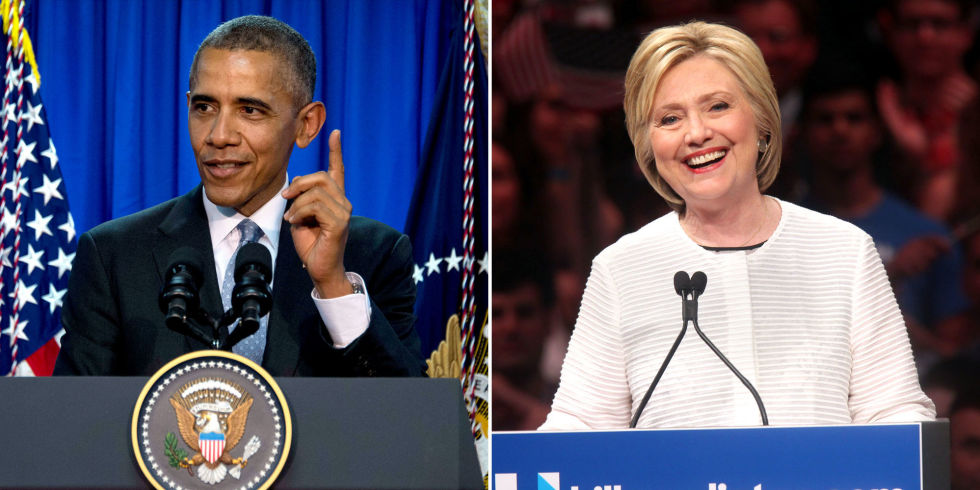 President Barack Obama has endorsed Hillary Clinton for President.
"I want to congratulate Hillary Clinton on making history as the presumptive Democratic Nominee for the president of the United States," he said in a video announcing his endorsement Thursday. "I don't think there's ever been someone so qualified to hold this office."

Holcim Philippines shares contributio…
5 Unique C-Suite Titles For 2021
Self Motivation: How to Keep Moving F…
Obama ran against Clinton in the 2008 election and tapped her as Secretary of Stateunder his administration. "She's got the courage, the compassion, and the heart to get the job done," he said. "I have seen her judgment. I've seen her toughness. I've seen her commitment to our values up close. And I've seen her determination to give every American a fair shot at opportunity, no matter how tough the fight — that's what's always driven her, and still does."
The Associated Press declared Clinton the presumptive Democratic nominee Monday based on delegate count, and on Tuesday, Clinton embraced the historic milestone as the first woman to become a presidential nominee of a major political party in the U.S.
She thanked Obama for his support on Twitter:
Earlier Thursday, Obama met with Vermont Sen. Bernie Sanders to gain his support in unifying the party against Donald Trump. Obama with will join Clinton on the campaign trail in Green Bay, Wisconsin, on June 15.
Source: cosmopolitan


This post first appeared on The Edge Search, please read the originial post: here
People also like
Holcim Philippines shares contributions to environment stewardship in govt, private sector talks
5 Unique C-Suite Titles For 2021
Self Motivation: How to Keep Moving Forward In Your Career or Business