Top 24 Most richest towns and suburbs in South Africa 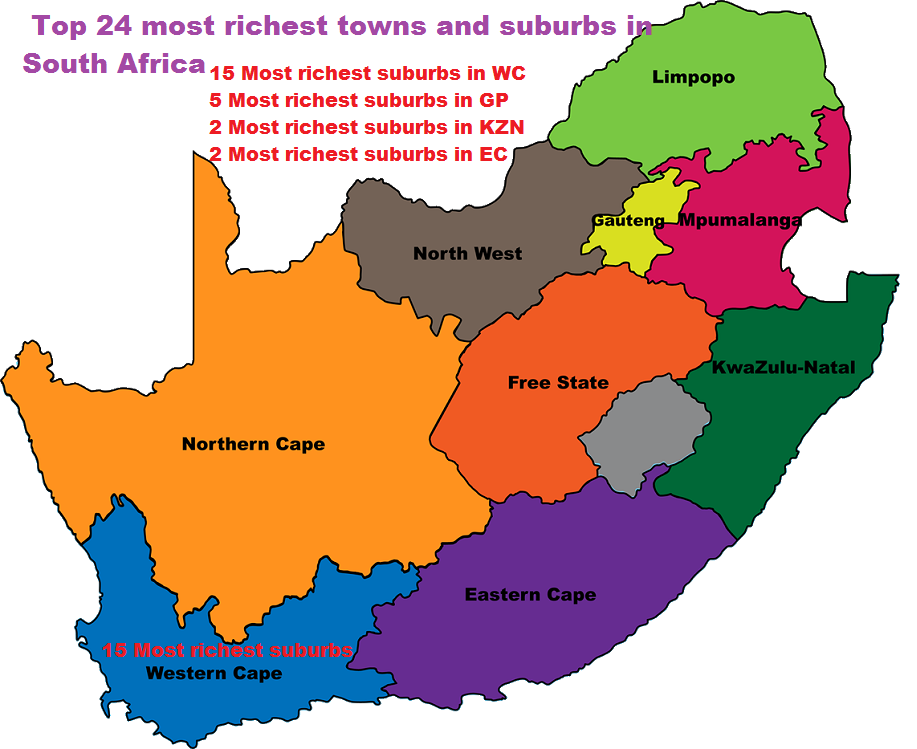 New data from New World Wealth reveals which South African streets charge the most per Square meter, in the most exclusive areas in the country.
According to the research group, there are approximately 2,300 South African homes valued at R20 million or more (as of December 2015).
880 of them are in Cape Town, while 550 are located in Johannesburg. Camps Bays is the top suburb for R20 million homes in the country, with 170 properties, followed by Plettenburg Bay along the south coast, with 120 properties.
Other streets that ask the most per square meter (between R77,000 and R90,000) are all found in Clifton, which is known as the most expensive neighbourhood in the country, according to previous research from Lightstone Property.
NWW looked at sales statistics in each of the most exclusive areas’ transfer guides, housing associations and aggregators, and took into account the asking prices in each area from major real estate agency websites to compile its list.
The group also conducted interviews with local property agents and wealth managers.
These are the most expensive roads in SA (per square meter):
Looking outside of Cape Town, few roads come close – with streets in Plettenburg Bay, Sandton and Umhlanga a stretch away from what is charged per meter in the Mother City:
These are the most exclusive neighbourhoods in the country:

Coventry, from 2 Tone Ghost Town to C…
Exploring Glasgow with a 1930s guideb…
How Does the Fortinet Firewall Work?
A Furry’s Guide to Cryptocurrency
Symes Mews Camden

Top 24 Most richest towns and suburbs in South Africa