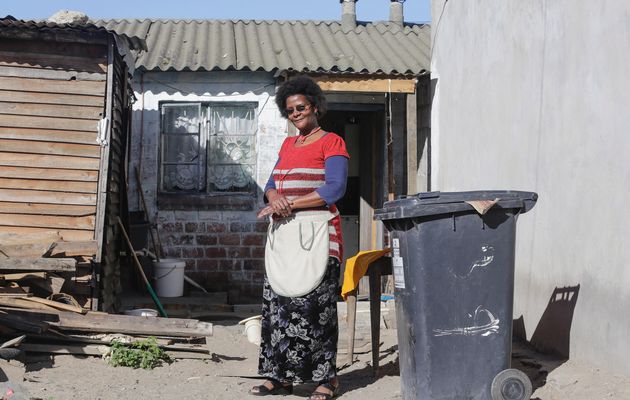 A former domestic worker has spoken out about the unfair treatment she received from Lumka Yengeni, the top ANC MP who chairs parliament's portfolio committee on labour, who she has accused of flouting several labour laws.

Lucia Dlephu took Yengeni to the Commission for Conciliation, Mediation and Arbitration after the MP fired her on February 14 this year.
Dlephu told the Sunday Times "it was not nice" working for Yengeni, who had denied her leave and lunch breaks. "If I needed to do something at my house, I was not allowed to come here. I had to live in the house and sleep in the room with the granny. I was on duty 24 hours a day to make sure she does not wander off.

DBE confirmed 3500 pit toilets still …
A settlement was reached at the CCMA on May 13. The amount and content of the settlement are confidential by agreement between Yengeni and Dlephu.
According to documents submitted to the CCMA, Yengeni employed Dlephu in July 2013 to look after her mother-in-law, who has Alzheimer's and lives in Gugulethu.
Dlephu said, "In October last year, I asked Mrs Yengeni for leave. She became very angry. She asked me what that is. She was very upset. She told me I had no job before, and she was paying me more than other people.
"Mrs Yengeni is very rich but I am the only one in my family who works, and I must look after everybody. She said I can pack my parcel [bags] if I did not want to work for her.
"On the 13th of February this year, I had gone to my house. When I returned to work, Mrs Yengeni was there. She told me: 'Your job is finished. Go take your things and go.'
"I was too shocked to argue and I went. I looked for transport for my stuff. When I returned, my stuff had been put in the garage.
"She has also not given me a reference and now I am unemployed. I am a very good caregiver to old people and I have much experience, so if anyone can offer me a job, I'm available," said Dlephu.
In March last year, Lumka Yengeni slammed employers who did not comply with labour laws, saying they were guilty of exploiting workers.
She particularly criticised those who did not make contributions to the Unemployment Insurance Fund on behalf of their employees
Several attempts to contact Yengeni failed. She did not respond to e-mails, phone calls or SMSes. The Sunday Times visited her home in the Cape Town suburb of Milnerton, but no one answered the doorbell.
Read the full story on Sunday Times