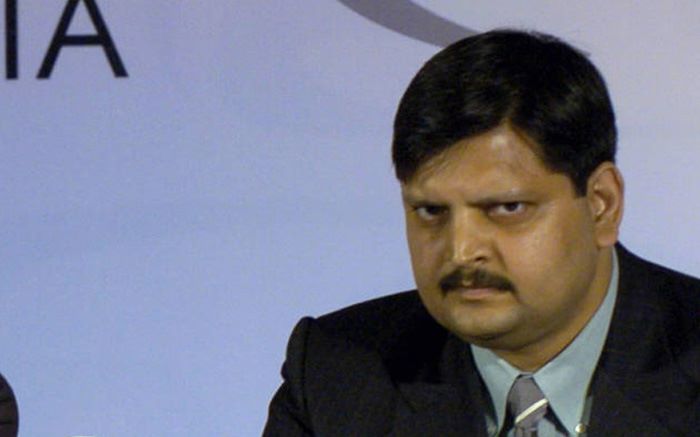 The Gupta-owned Oakbay Investments holding company has Instituted Disciplinary Action against its employees who were critical of a letter in which management pleaded with the banks to reopen its accounts.

Top 10 Sites to watch Telugu Movies O…
Crunchyroll – How to Watch Anime Onli…
Step-by-Step Guide on Creating the Ul…
“BUY Sqribble? My Honest Review!
The company is also understood to have taken action against those employees who chased ANC Youth League president Collen Maine from their offices.
Employees who spoke on condition of anonymity said more than 15 of their colleagues received letters from Oakbay stating it would start disciplinary hearings against them on Thursday.
They said cases of intimidation had been opened against those who questioned The News Age online manager Phuti Mosomane, who signed the letter to the banks.
The charges, which News24 has seen, range from harassment of a fellow employee, Mosomane, to making defamatory remarks against Maine on national television.
‘Maine must fall’
In the letter signed by Mosomane, which was addressed to Barclays Africa CEO Maria Ramos, FNB CEO Jacques Celliers, Standard Bank CEO Ben Kruger and Nedbank CEO Michael Brown, “the staff” pleaded with them to “reopen the bank accounts so that we do not have to suffer” as they had “not done anything wrong”.
However, employees then accused the two of misrepresenting them and demanded that they retract the letter.
When Maine visited Oakbay’s Midrand offices in April, employees chased him away and chanted “Maine must fall” as he tried to make his way back to his car.
“Since the incident, an employee relations practitioner has been questioning staff, and last week Friday employees were handed with various charges in relation to the booing,” one employee told News24.
Toeing the line
The employees, who faced being fired, said they suspected Oakbay had instituted disciplinary action against them because it did not want to pay their salaries.
“We have not yet received payment this month. This may be a way for them to kick us out without giving us pay packages. It’s exhausting working here. They are targeting those who are outspoken about their treatment of employees,” another employee told News24.
A third employee said Oakbay was plotting to remove all employees who do not toe the line.
“We didn’t go to their ridiculous march to the banks and we told Maine to stop acting like he cared about employees. They hate that.
“They want us to act like Mosomane and Russo. How can we defend a company that treats its employees like garbage, much less pay us a fair wage? We are tired and we are fed up.”
Cutting ties with Oakbay
The three said they would fight the company if it fired them.
The Guptas came under scrutiny this year following allegations that the family influenced President Jacob Zuma’s appointment of Mines Minister Mosebenzi Zwane and former finance minister Des van Rooyen, and that they had offered ministerial posts to Deputy Finance Minister Mcebisi Jonas and former ANC MP Vytjie Mentor.
Its auditor KPMG, the country’s top four banks, and Oakbay’s JSE sponsor Sasfin Capital cut ties with Oakbay Investments in March. This resulted in the Gupta family resigning from all their positions and flying to Dubai.
News24 asked Oakbay for comment on Monday afternoon. It had not responded by Tuesday morning.
Source: News24