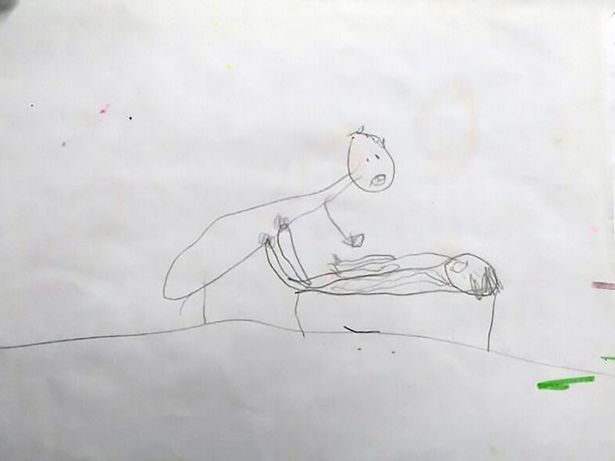 A priest who allegedly sexually abused a five-year-old girl was caught when her parents found horrific drawings the youngster had created seemingly depicting the sex attacks .

Father Joao da Silva, 54, is accused of launching the horrifying attacks on the girl - who was a student in a class he taught.

The girl's parents found the shocking images after their daughter suddenly refused to attend any more of da Silva’s English classes. 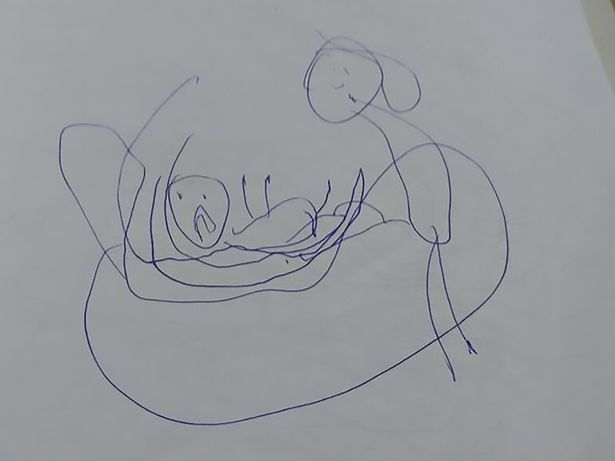 According to Daily Mirror,she was so distraught that they took her to a child psychologist who suspected sexual abuse and urged her parents to search her room for any signs.Hidden among her books they found six heartbreaking drawings done by their daughter detailing the alleged sexual abuse in horrific detail.

One drawing shows a man apparently aroused looming over a child with a look of abject terror on her face.

Another harrowing image apparently shows a girl lying on a bed with a man forcing himself between her legs.

Underneath him the girl can apparently be seen to be screaming in either fear or agony.

The father then confronted the priest and then reported him to police.Karine Maia - from the Delegation for Stopping Crimes Against Women pressure group - told local media:

"We found six drawings among the child’s belongings.""One of them that caught our attention shows the face of a naked man with an erect penis."


Police say the priest is in custody being interviewed over child abuse charges.