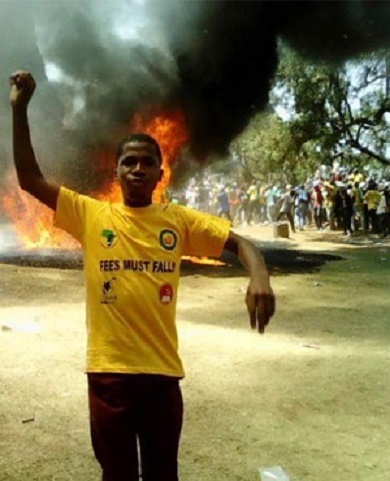 Police are investigating a case of culpable homicide in the death of TUT Student leader Lesego Benjamin Phehla after he was hit by a car at a protest outside one of the institution's campuses on Thursday, police said.

Holcim Philippines shares contributio…
Short Happiness Quotes From Famous an…
According to police spokesperson Brigadier Sally de Beer, who spoke to News24 on Friday morning, the incident took place at around 13:35 on Thursday afternoon.
The Tshwane University of Technology could not immediately be reached for comment, however, De Beer was in possession of a statement the institution had forwarded to the police.
In the statement, TUT said a group of students had been marching from campus to campus in Soshanguve. The students then moved to the streets and disrupted traffic. At this point, a driver lost control of their vehicle and crashed into a number of protesters.
Police not involved
A number of students, including Phehla, sustained injuries and were taken to Dr. George Mukhari Hospital where Phehla subsequently died.
De Beer denied reports on social media that police had been involved in Phehla's death.
Another student leader who was on the scene at the time confirmed to News24 that police were not involved in Phehla's death and said it was a hit-and-run.
"We were leaving north campus going to south campus and a car came speeding and it hit a student... our comrade [Lesego] Phehla and drove away," secretary general of the SA Union of Students Sthembiso Ndlovu told News24.
On Friday morning, numerous people tweeted messages of condolences following news of Phehla's death.
"RIP to our soldier Benjamin Phehla that passed on at the picket lines. We will remember your contribution to the student movement," Sasco Gauteng tweeted.