Mandoza wife Mpho Tshabalala “Can you please lay off my husbands name?” 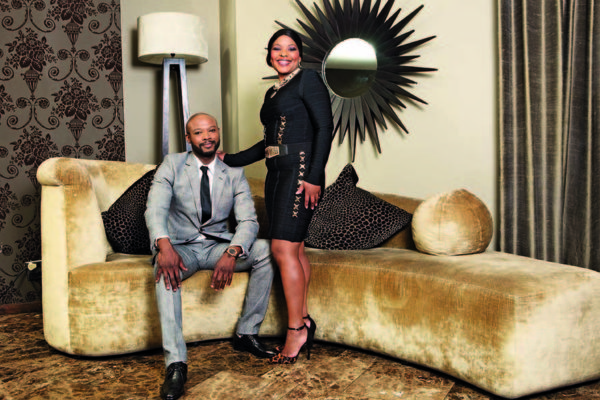 Mpho Tshabalala has denounced rumors that she fired the manager of her late husband, legendary kwaito musician, Mandoza.

In a press briefing that took place on Tuesday morning, she begged the media to let her mourn in peace.

“Can you please lay off my husbands name?” she said.
The press briefing was prompted by an article in Sunday World, which stated that she had fired Mandoza’s manager, Kevin Ntaopane after discovering that a letter was written in her name to the Music Association of South Africa (Masa) requesting funds to finance Mandoza’s record label Nkalakatha Records.
Contrary to reports that she spoke to Sunday Worlds, Mpho denied the claims.

#MandozaEstate Mpho Tshabalala “I never went to any people, I didn’t speak to anyone from any paper..” pic.twitter.com/2tjxQktVtw
— Nontobeko Sibisi (@Nontobek0Sibisi) October 18, 2016

The People’s poet, Mzwakhe Mbuli is also fingered in the mess, alleged to have also been party to the writing of the letter and trying to defraud her husband’s estate.
Speaking at the briefing, Mbuli said the media is accusing Finance Minister, Pravin Gordhan of fraud and now they are accusing him of fraud.

“If I have committed fraud I am not above the law,” he said. “I must be arrested.”
He also appealed to journalists to give the family space to mourn without interruption.
However, Sunday World stands by its story. The paper’s editor Abdul Milazi, confirmed this to Tshisa Live.

“Anyone who claims to have not spoken to our reporter is telling a serious fib. Sunday World stands by its story,” Milazi said.
Mandoza was laid to rest on the 28 September 2016 after he succumbed to his illness with cancer.

I thought it was maybe American celebs that aren’t left alone even after their death , #Mandoza still making rounds here too . Haaibo !
— #RagnarLothbrok (@king_damane89) October 18, 2016

Mandoza wife Mpho Tshabalala “Can you please lay off my husbands name?”