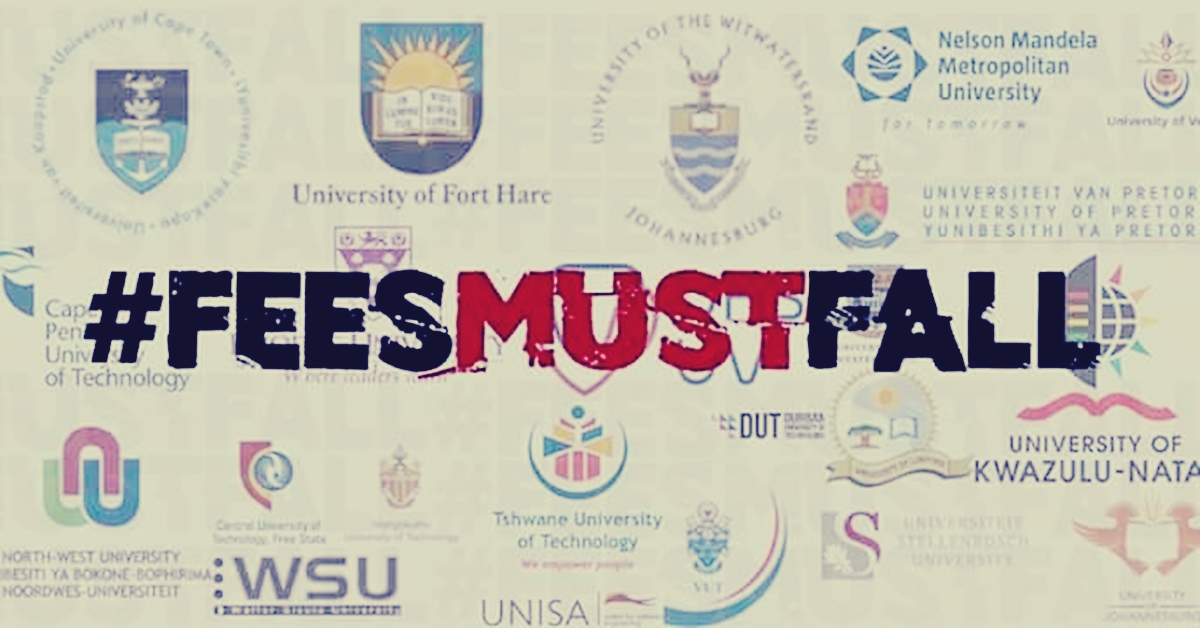 Police have arrested 567 persons in 265 cases relating to the Student protests over fees at the country’s institutions of higher learning and training.
SAPS acting National Commissioner General Kgomotso Phahlane said at a briefing in Pretoria on Monday the arrests were made from 1 February 2016 to date.
Among those arrested is student leader Mcebo Dlamini who was arrested in the early hours of Sunday morning at Wits University.
He appeared in a Johannesburg court today and the case has been remanded until tomorrow for a bail application.
General Phahlane dismissed allegations the police are targeting student leaders to destabilise the #FeesMustFall initiative.
“This is untrue. The role of the police is to prevent, investigate and combat crime and to maintain stability. That is the role we are playing at universities across the country. Those who commit acts of criminality will be investigated and when sufficient evidence is obtained after a thorough investigation, arrests will be effected.”
General Phahlane also dismissed suggestions police have taken over operational control at some institutions. He said management and security remains the responsibility of the universities concerned.
The police work in this regard is guided by the Constitution.
“Police continue to take action to disperse students who are disrupting classes and targeting those who wish to study and write exams.”
Exams are being written at different institutions and students are attending class. At Wits, for example, the institution has reported a 70 – 80% attendance rate despite the protest in Braamfontein on Friday afternoon. Cars were stoned and two vehicles were set alight.
“These incidents bear testimony to our previous assertion that criminal elements or groups with their own agendas have infiltrated the #FeesMustFall initiative for their own purposes.”
Police have received several reports of arson, petrol bomb attacks and Petrol Bombs or large quantities of petrol at various locations.
Vehicles, especially police vehicles, have also been attacked with petrol bombs while perpetrators cover their faces to avoid being identified.
Another area of concern for the police is what they termed the “disinformation campaign” were several allegations are made via social media such as that female students have been attacked, assaulted and randomly shot at in their residences by police.
“We have looked into these allegations and found absolutely no evidence to support them and police deployed there have vehemently denied such conduct.
“We therefore make an appeal that anyone who claims to have been treated in such a manner by the police should open a criminal case, provide witness names and/or evidence and allow the matter to be thoroughly investigated.”
General Phahlane reminded students to act responsibly during protests were legitimate concerns are raised.
“We have said repeatedly that we will support those wishing to protest peacefully and lawfully and that we believe dialogue should take precedence,” said General Phahlane.
He called on all sectors of society including parents, academics, analysts, religious and traditional leaders to contribute towards finding a lasting solution to the current climate of instability.

How to Develop an Educational App?
Remote Learning Resources for the Fir…
Got Oil Supplies Review-Start Essenti…
The Punisher: A Timeless Character
Tomcat Tompkins – Part 7

Guess What I Wrote Down?