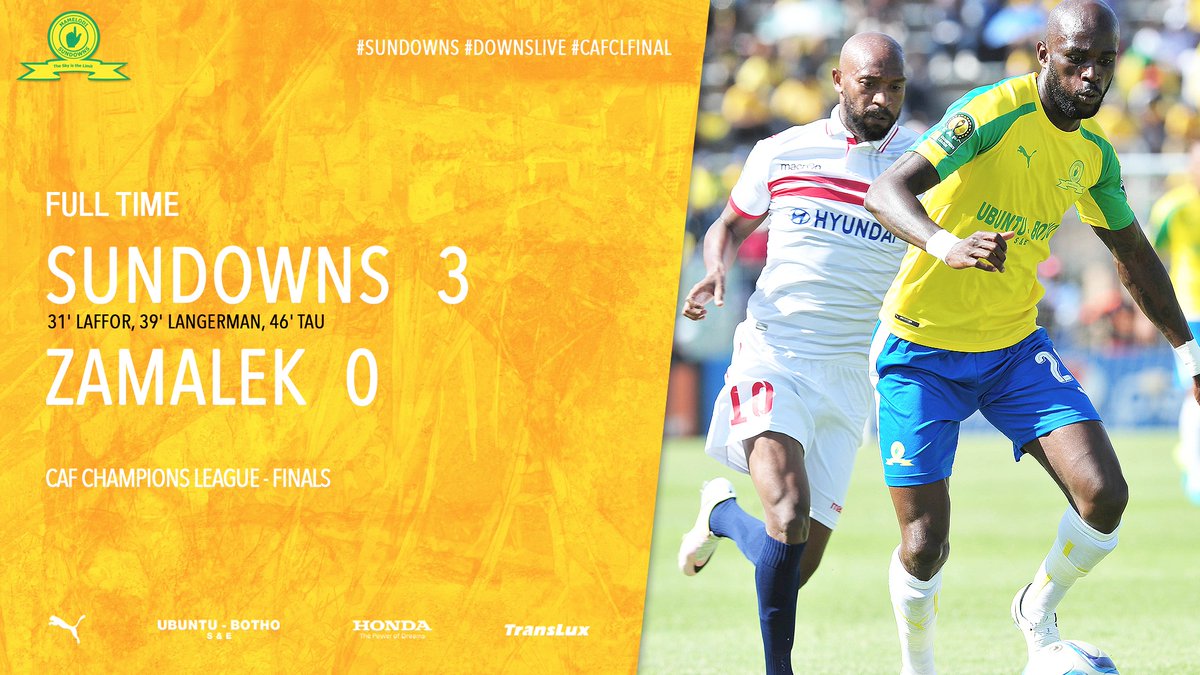 Arie Op de Hoek, Amsterdam
6 Interesting Places To Hold Your Nex…
قصة سيدنا موسى عليه الصلاة والسلام ج …
3M Philippines Volunteer Program Crea…
Tellaman – Whipped ft. Nasty C & Shek…
The opening exchanges proved to be a evenly contested affair, with both sides a bit of the ball.
Pitso Mosimane's charges took control of the encounter after 15 minutes as the likes of Percy Tau, Khama Billiat and Keagan Dolly started seeing more of the ball.
Sundowns eventually broke the deadlock in the 30th minute as Hlompho Kekana picked out Anthony Laffor, who rifled home a superb effort from the edge of the box.
The home side continued to threaten and doubled their advantage in the 39th minute when Tebogo Langerman's cross evaded everyone and sailed into the back of the net.
Sundowns maintained the same attitude in the second half and extended their lead shortly after the break when Islam Gamal deflected Tau's shot into his own net.
Zamalek were dealt a blow after the hour mark when goalkeeper, Ahmed El-Shennawy picked up a hamstring injury and was forced off.
With Sundowns comfortably leading, Mosimane introduced Teko Modise for Billiat, as they look to retain possesion of the ball with just over 25 minutes remaining.
Zamalek did have a bit joy in the closing stages of the second half, but the Egyptians were let down by some poor decision-making in the final third.
Nonetheless, the Brazilians managed to see off a late surge from the visitors, while they also squandered a couple chance, as they take a healthy 3-0 lead into the second leg.
Here's how they lined up:
Mamelodi Sundowns: Onyango, Mbekile, Langerman, Nthethe, Arendse, Kekana (c), Billiat, Mabunda, Laffor, Tau, Dolly.
Zamalek: Ahmed El-Shennawy; Moruf Yusuf, Islam Gamal, Ali Gabr, Ahmed Tawfik ; Tarek Hamed, Ibrahim Salah, Ayman Hefny, Shikabala, Stanley Ohawuchi; Bassem Morsi.
http://www.soccerladuma.co.za/news/articles/categories/caf-champions-league/caf-champions-league-report-mamelodi-sundowns-v-zamalek-15-october-2016/238615