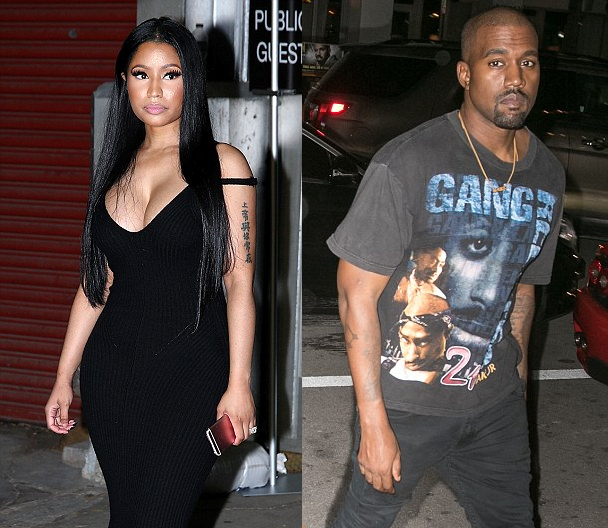 Nicki Minaj has slammed Kanye West for his 2005 Gold Digger lyrics in which he raps that when a black man gets success, he'll get himself a white girl too.Minaj told Marie Claire magazine.
'I’m so tired of black Women feeling that when our men get rich, they’re going to leave them for a woman of a different race,' 'It wasn’t funny when Kanye said, ‘When he get on, he’ll leave your ass for a white girl’ — and Kanye happens to be with a white girl now.' 'It wasn’t funny when he said it; it was the f***ing truth.
Minaj also took aim at Kanye's wife Kim Kardashian over her nude selfies, pointing out the double standards applied to white women and black women.
'When Kim Kardashian’s naked picture came out, [Sharon Osbourne] praised it, and my fans attacked her for being such a hypocrite,' Minaj said. 'So it wasn’t trashy and raunchy when a white woman did it, but it was when a black woman did it?'
'It’s quite pathetic and sad, but that is my reality, and I’ve gotten accustomed to just shutting it down,'


Nicki who has a $70 million fortune, also criticized women who look to 'marry into money.
'You have to be able to know that you need no man on this planet at all, period, and he should feel that, because when a man feels that you need him, he acts differently,' Minaj said.


This post first appeared on The Edge Search, please read the originial post: here
People also like
7 Reasons Why You Should Hire A Female Divorce Attorney
How Gender Equity Impacts the Bottom Line
Short Happiness Quotes From Famous and Unknown People
Foreplay Tips
A Pre-Christmas Christmas Card
Sex on Your Period – Reasons to Do It