Who is a liar between Kenny Kunene and Julius Malema sell-out? 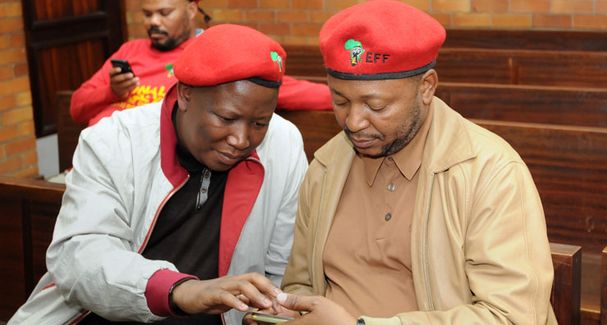 Controversial businessman Kenny Kunene has launched a scathing attack on EFF leader Julius Malema‚ calling him a sell out and accusing him of deceiving the nation.

Speaking on SABC 2’s Morning Live on Wednesday‚ Kenny accused Julius of being a liar and leading a fake revolution.
“I founded the EFF... One of the reason that I left the EFF?is exactly what is happening now in the EFF: The lies‚ the facade that is being put to the people of SA and the world that this is a revolutionary movement and that their leader is revolutionary man whereas he is the biggest liar‚” Kenny said.

Checklist of Legal Supplies
Hot Platters: Barnstorm (1972, ABC/Du…
Betting Mistakes You Don’t Want to Co…
Kenny added that Julius had failed to produce his passport‚ in reference to accusations that Julius had met with members of the ANC in Maputo in 2015‚ and accused him of bullying people.
Kenny went on to challenge Julius to a public debate so that they could clear the issues around Kenny’s departure.
“I want to challenge him to a public debate so that I can highlight the reasons why I left the EFF in front of him‚ and we can debate it‚ and the nation can determine who is a liar between me and Julius sell-out Malema‚” Kenny said.
Kenny went on to explain why he saw Julius as a sell out‚ following a trip to London.
“He has insulted‚ he has spat‚ on the blood of the O.R Tambos‚ on the blood of the Solomon Mahlangus. He has no right to call himself a revolutionary or to even name Fanon‚ Che Guevara and all these revolutionaries who shed their blood in the name of economic revolution … there is no revolutionary left in that Judas‚” Kenny said.
Julius took to Twitter after the interview to seemingly respond to Kenny’s comments‚ labelling the businessman as “irrelevant” and saying that he would not entertain him until Kenny was able to “get 20‚000 national votes“.
Many saw this as a dig at Kenny’s failed political career and the businessman didn’t take it kindly. Taking to Twitter‚ Kenny continued hurling insults at Julius‚ accusing him of being a “coward” that “preys on old women and men“.
Julius has since tweeted: “Hahahahaha‚ no mention from me. Wa swa moloi (the witch is dead).”

Who is a liar between Kenny Kunene and Julius Malema sell-out?