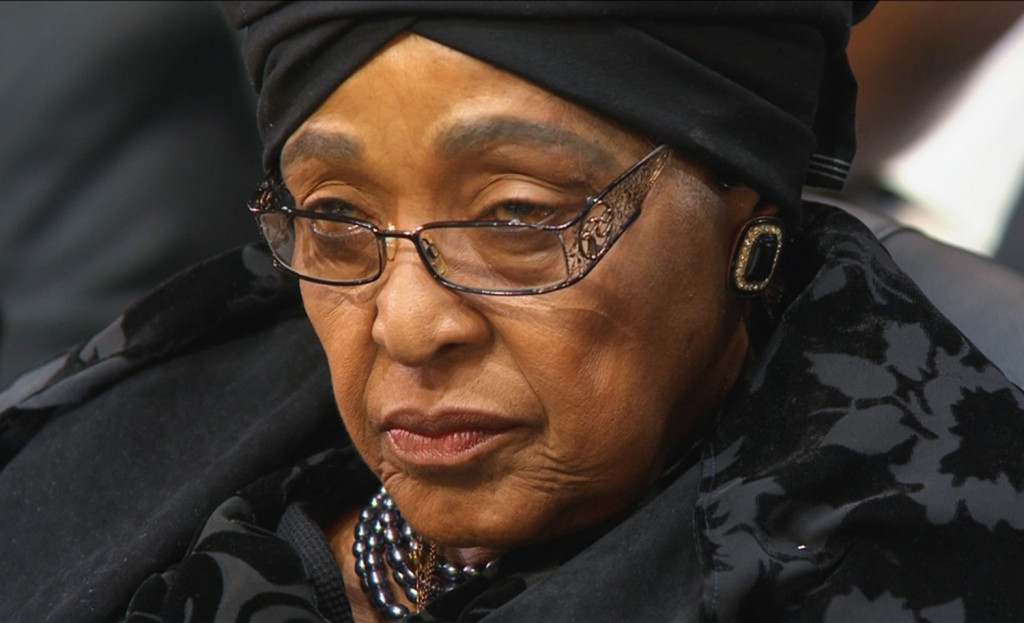 John Carlin in his new book ‘Knowing Mandela,’ reveals why he never forgave the former wife who has visited his bedside.
TWO weeks before Nelson Mandela’s release from prison in February 1990 I went to see his wife, Winnie, at her home in Diepkloof Extension, the posh neighbourhood of Soweto where the handful of black people who had contrived to make a little money resided. It was known as Baverly Hills to Soweto’s other residents.

Rose Rollins protagonizará nueva seri…
How To Kill Carpenter Ants
Tellaman – Whipped ft. Nasty C & Shek…
After Nelson’s release she would have nothing to do with any of those who had criticised her. He, ever a loyal and disciplined member of the ANC, was working closely with them. She believed her husband had done enough. Now he belonged to her and their two children. She expected him to make her enemies his enemies. Instead, he invited them to meetings, let them keep his diary and organise his security. All this she found intolerable.
Mandela’s love for Winnie had been, like many great loves, a kind of madness, all the more so in his case as it was founded more on a fantasy that he had kept alive for 27 years in prison than on the brief time they had actually spent together. The demands of his political life before he was imprisoned were such that they had next to no experience of married life, as Winnie herself would confess to me that morning.
“I have never lived with Mandela,” she said. “I have never known what it was to have a close family where you sat around the table with husband and children. I have no such dear memories. When I gave birth to my children he was never there, even though he was not in jail at the time.”
The truth was that Winnie had had several lovers during Mandela’s long absence. In the months before his release, she had been having an affair with Dali Mpofu, a lawyer 30 years her junior and a member of her defence team. She carried on with the affair after Mandela Left Prison. ANC members close to Mandela knew that was going on, as they did about her frequent bouts of drunkenness. I tried asking them why they did not talk to Mandela about her waywardness, but I was always met by frosty stares. Winnie became a taboo subject within the ANC during the two years after Mandela left prison. Confronting him with the truth was a step too far for the freedom fighters of the ANC.
His impeccably courteous public persona acted as a coat of armour protecting the sorrowing man within. But there came a point when Mandela could deceive himself, or the public, no longer. Details of the affair with Mpofu were made luridly public in a newspaper report two weeks before the separation announcement.
The article was a devastating, irrefutable expose of Winnie’s affair. It was based on a letter she had written to Mpofu that revealed he had recently had a child with a woman whom she referred to as “a white hag.” Winnie accused Mpofu of “running around f***** at the slightest emotional excuse … Before I am through with you, you are going to learn a bit of honesty and sincerity and know what betrayal of one’s love means to a woman … Remember always how much you have hurt and humiliated me … I keep telling you the situation is deteriorating at home, you are not bothered because you are satisfying yourself every night with a woman. I won’t be your bloody fool, Dali.”
In private, Mandela had already endured quite enough conjugal torture. I learnt of one especially hurtful episode from a friend of Mandela some years later. Not long after the end of her trial, Winnie was due to fly to America on ANC-related business. She wanted to take Mpofu with her, and Mandela said she should not, Winnie agreed not to, but went with him anyway. Mandela phoned her at her hotel room in New York, and Mpofu answered the phone.
On the face of it, Mandela was a man more sinned against than sinning, but he did not see it that way. It was his belief that the original sin was to have put his political cause before his family.
Despite everything, Mandela believed when he left prison that he would find a way to reconcile political and family life. Some years after his separation from Winnie, I interviewed his close friend Amina Cashalia, who had known him since before he met Winnie.” His one great wish,” she told me, “was that he would come out of prison, and have a family life again with his wife and the children. Because he’s a great family man and I think he really wanted that more than anything else and he couldn’t have it.”
His fallout with Winnie only deepened the catastrophe, contaminating his relationships with other family members, among them his daughter Zindzi. She was a far more complicated character than I had imagined when I chatted with her cheerfully in her mother’s kitchen over fried eggs. At that very moment, in late January 1990, her current lover, the father of her third child, was in a prison cell. Five days later he hanged himself.
Source:Online