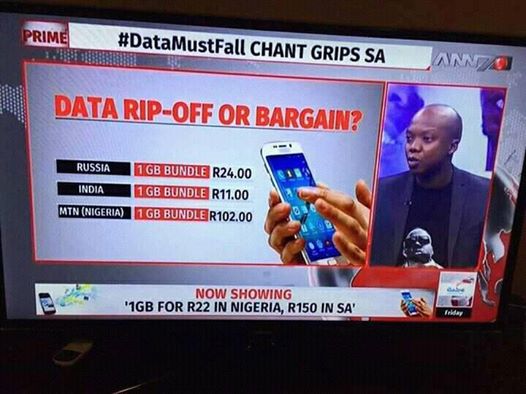 Tbo Touch, CEO of TouchCentral FM, has given Mobile networks 30 days to make a change to their mobile data prices.

“All Networks have 30 days to make a change! We will all move our subscription to the network that cares about its customers #datamustfall,” he said on Twitter.
After he launched the #DataMustFall campaign, thousands of South Africans joined – asking for more affordable mobile data prices.
Touch said he is meeting with ICASA’s chairman to discuss high mobile data prices, and will make this a public meeting.
According to 702, none of the network providers targeted in the campaign have responded to the outcry.

Afrihost has launched a #DataMustFall competition, giving customers the chance to win free mobile data for life.
It is unclear whether Afrihost is behind the #DataMustFall movement.