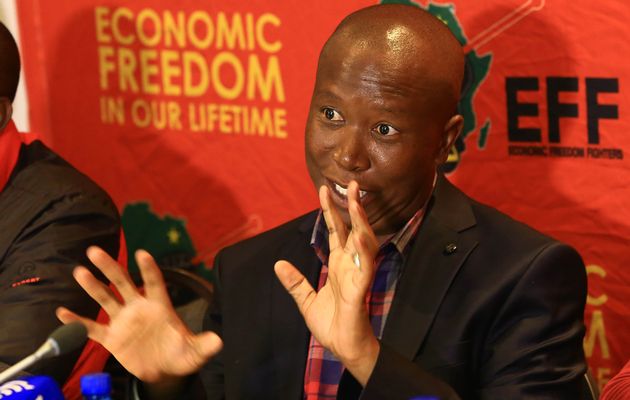 The Party said on Monday it would be strictly enforcing the party levy because it did not want to be captured by white monopoly capital.
EFF president Julius Malema said it was important for all members serving in Parliament‚ legislatures and councils to pay monthly levies.

An Officer and a Spy
Why Are CBD Capsules Trending in the …
How to Exchange ETH to BTC Without Go…
Cryptography Interface Design is a Se…
"The party levy is going to help EFF not to be captured by private donors‚" he said.
He said the 826 elected Eff Councillors were all expected to pay 50% of their salaries for three months.
The EFF’s tithe on MPs is 15% - and it says expense claims are not welcomed - while the DA takes 2% of its MPs’ earnings. As for the ANC‚ it’s not telling.


This post first appeared on The Edge Search, please read the originial post: here
People also like
An Officer and a Spy
Why Are CBD Capsules Trending in the USA?
How to Exchange ETH to BTC Without Going Crazy Over It
Cryptography Interface Design is a Security Concern