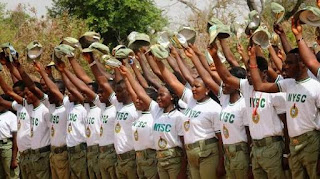 Disclosing this yesterday in Abuja during the closing ceremony of the NYSC FCT 2016 Batch “A”, stream 2, Orientation Course, in Kubwa, Mallam Bello stressed that the FCT
Administration has concluded plans to extend the same Ministerial Honours Award to the corps members that served and distinguished themselves from 2014 till date.

Represented by the FCT Permanent Secretary, Dr. Babatope Ajakaiye, the FCTA Minister assured that the FCT Administration would continue to reward corps members who embark on programmes that impact positively on the wellbeing of the residents of the Territory.

He said, “It will interest you to know that recently I approved the Honours Award/recognition of 76 Corps Members, who distinguished themselves in the course of their service within the FCT in the 2011-2013 service years. I hope to do the same for outstanding corps members of 2014 to date.”

The Minister however charged the corps members to accept posting to rural communities in the Territory, where their services would be greatly felt rather than lobbying to be posted to “juicy places”.

Malam Bello used the opportunity to caution corps members against unwarranted and unauthorized travels that pose danger to their personal lives; adding that they must present themselves as true ambassadors of change in the various communities where they are posted.

The NYSC FCT 2016 Batch “A”, stream 2, had 2,654 corps members deployed to various Ministries, Departments and Agencies (MDAs) as well as communities for their primary assignments.