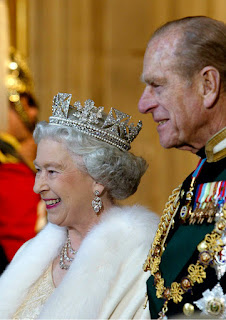 It's a 'Royaltious' day because the beloved husband of Queen Elizabeth II, is celebrating his 95th birthday today.

As it tends to happen over the course of a century, Philip has made history many times over, and currently holds the titles of oldest-ever male member of the British royal family and the longest-serving consort to a reigning British monarch.The personable and steadfast royal couple have seen it all together in their 68 years of marriage and Philip has reliably always been by the Queen's side—a comfort to an entire commonwealth in addition to his wife.

She spoke of his devotion on their 50th anniversary in 1997, saying, "He has, quite simply, been my strength and stay all these years." 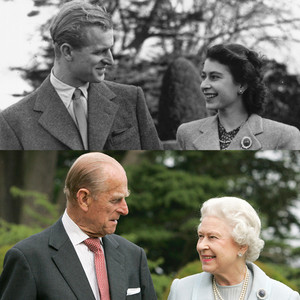 The monarchy would not be what it is today without Prince Philip next to Queen Elizabeth, supporting and encouraging her through times of triumph and tragedy.

Philip was 18 when he first met a 13-year-old Princess Elizabeth when her family toured the Royal Naval College. They shared a special bond and kept in touch after Philip was sent to fight in World War II.

When he returned from the war in 1946, he askedKing George VI for Elizabeth's hand in marriage.

Unlike many royal marriages in the past, Elizabeth and Philip's was based upon true love. Indeed, the prince was dashingly handsome in his youth, and Elizabeth was quite taken with him, but it was also his thoughtful temperament and loyal devotion that drew the two together. 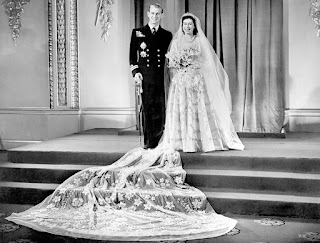 The couple wed on Nov. 20, 1947, at Westminster Abbey and had their first child, Prince Charles, a year later.

Elizabeth was crowned Queen on Feb. 6, 1952, after George VI passed away. On that same day, Prince Philip became the royal consort, meaning he would walk one step behind Elizabeth rather than by her side from then on. It also forced Philip to leave his position in the navy, a choice he did not want to make, but he knew it had to be done.

Philip is also a leader in his own right. He has been a part of more than 800 initiatives and organizations, many of them in support of youth development; he launched the Duke of Edinburgh Award in 1956, which is one of the most successful youth programs worldwide; and as an advocate for environmentalism he served as the president of the World Wildlife Fund from 1961 to 1982.

And the great-grandfather of five remains busy to this day when his health permits, accompanying the Queen to her various engagements, which in the past have numbered in the hundreds per year.

At Philip and Elizabeth's wedding in 1947, King George VI confided in a guest, saying, "One day (Elizabeth) will be queen and he will be consort. That's much harder than being a king, but I think he's the man for the job."
Only time would tell—and it did. Happiest of birthdays to Prince Philip!

How to Get Rid of Ants
New Ways of Working: Adapting to Ever…
Short Happiness Quotes From Famous an…
ALBUM: Master KG – Jerusalema (Deluxe…
Music Profile: Jackie's Boy - R&B Art…