'Is It Wrong to Try to Pick Up Girls in a Dungeon?' New OVA for December 7

Is It Wrong to Try to Pick Up Girls in a Dungeon? or Danmachi is getting a brand new OVA Planned to be Aired in Fall 2016 precisely on December 7, the cute couple  Bell and Hestia will return in this OVA, according to the official  Fujino Ōmori' who Revealed  that the franchise's new original video anime (OVA) is coming up for December 7. 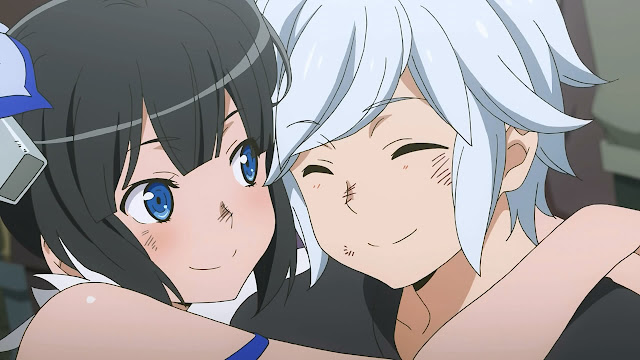 Danmachi Summary:
Commonly known as the "Dungeon," the city of Orario possesses a huge labyrinth in the underground. Its strange name attracts excitement, illusions of honor, and hopes of romance with a pretty girl. In this city of dreams and desires, new adventurer Bell Cranel has his fateful encounter with the tiny Goddess Hestia.
Thus begins the story of a boy striving to become the best adventurer and a lonely goddess searching for followers both working together to fulfill their goals.

Genres: Action, Adventure, Comedy, Fantasy, Romance
The Anime Aired From Apr 4, 2015 to Jun 27, 2015
Is It Wrong to Try to Pick Up Girls in a Dungeon? or Danmachi is a Japanese light novel series, written by Fujino Ōmori and illustrated by Suzuhito Yasuda. SB Creative has published nine volumes since January 2013 under their GA Bunko imprint. It has received a spin-off light novel series and three manga adaptations. An anime television series adaptation by J.C.Staff aired from April 4 to June 27, 2015 and an OVA and another anime based on the spin-off series is in production.

CBD 2020: What to Expect + Our Top Pr…
Why Friday The 13th Will Be Your Luck…
Highlands, Buttermilk Opening and Sum…
Bitcoin Fund IPO gets the Preliminary…

'Is It Wrong to Try to Pick Up Girls in a Dungeon?' New OVA for December 7