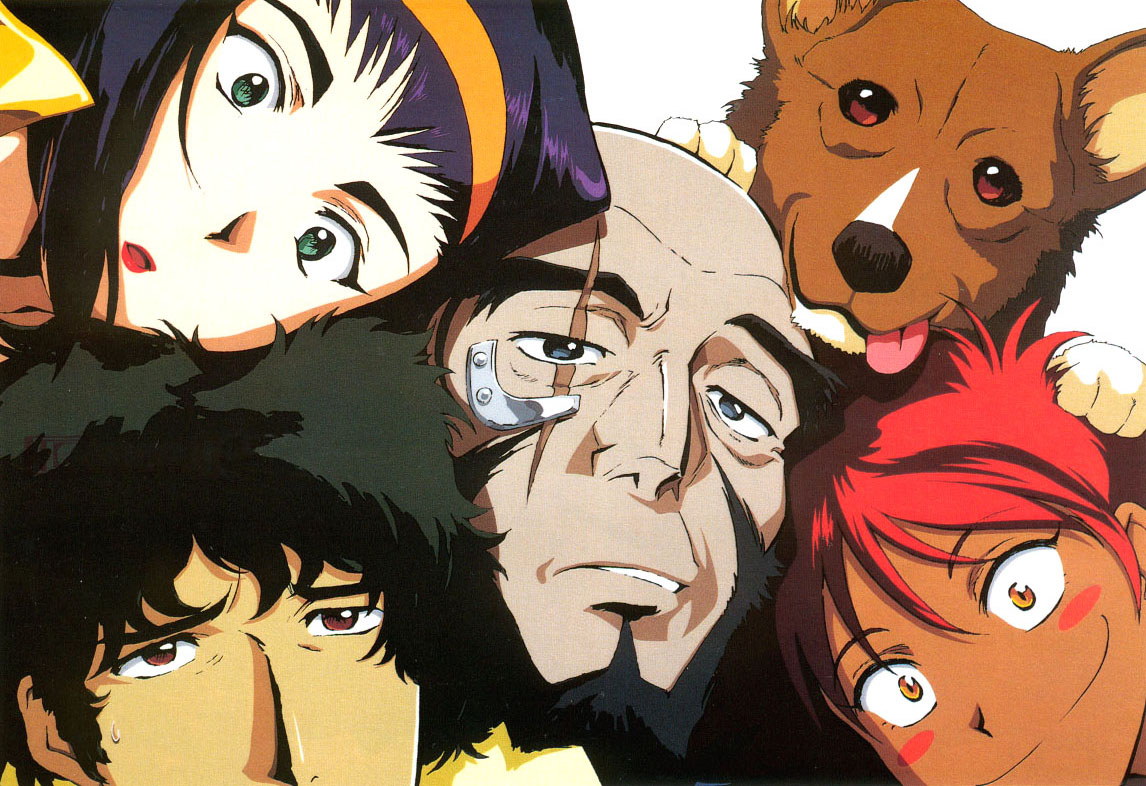 Enter a world in the distant future, where Bounty Hunters roam the solar system. Spike and Jet, bounty hunting partners, set out on journeys in an ever struggling effort to win bounty rewards to survive.While traveling, they meet up with other very interesting people. Could Faye, the beautiful and ridiculously poor gambler, Edward, the computer genius, and Ein, the engineered dog be a good addition to the group? 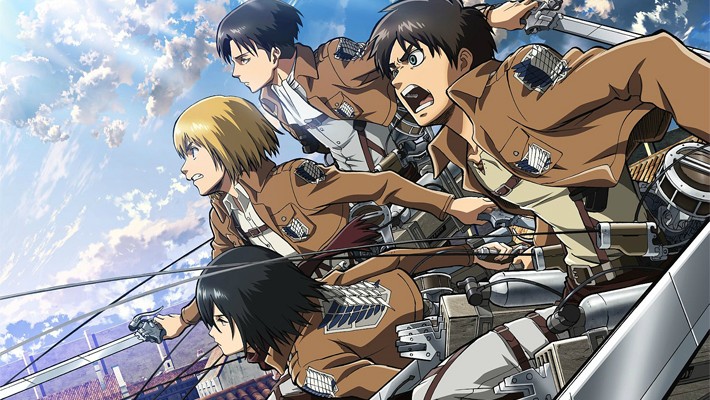 Attack on Titan is worthy of all praise it receives. Several hundred years ago, humans were nearly exterminated by giants. Giants are typically several stories tall, seem to have no intelligence, devour human beings and, worst of all, seem to do it for the pleasure rather than as a food source. A small percentage of humanity survived by walling themselves in a city protected by extremely high walls, even taller than the biggest of giants. Flash forward to the present and the city has not seen a giant in over 100 years. Teenage boy Eren and his foster sister Mikasa witness something horrific as the city walls are destroyed by a super giant that appears out of thin air. As the smaller giants flood the city, the two kids watch in horror as their mother is eaten alive. Eren vows that he will murder every single giant and take revenge for all of mankind.

Welcome to the NHK 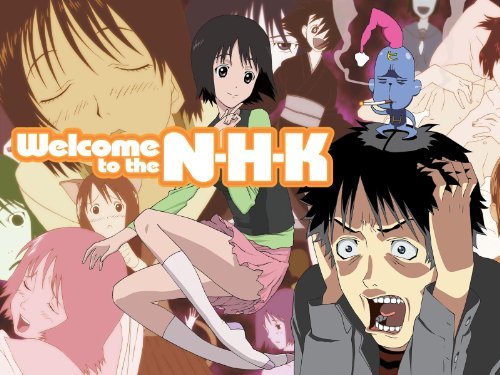 When you think anime, you think otaku. When you think otaku, you think people that dislike other people. Those people become hikikomori (people who shut themselves in)". So Satou manages to uncover the plot of The NHK (stands for Nihon Hikikomori Kyokai), after three years of shutting himself in (and rapidly approaching the fourth).
In reality, he is nothing more than a NEET (Not in Employment, Education or Training), desperately in need of a cure from that "disease". He wants to break out from the curse, but going out and getting a job is frightening enough for him. That is until he gets selected for a "project"; it is a plan to help hikikomori like him in facing the reality of this world. 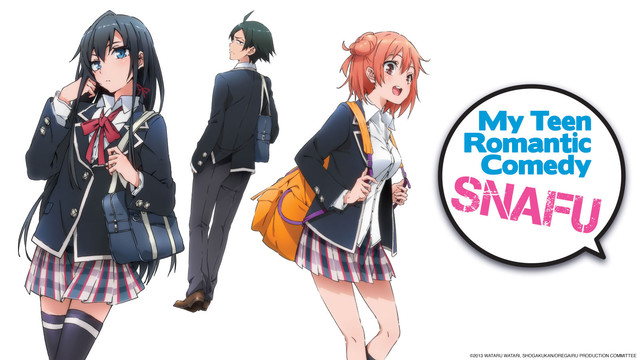 This romantic comedy revolves around an antisocial high school student named Hikigaya Hachiman with a distorted view on life and no friends or girlfriend. When he see his classmates talking excitedly about living their adolescent lives, he mutters, They're a bunch of liars. When he is asked about his future dreams, he responds, Not working. A teacher gets Hachiman to join the volunteer service club, which happens to have the school's prettiest girl, Yukinoshita Yukino. 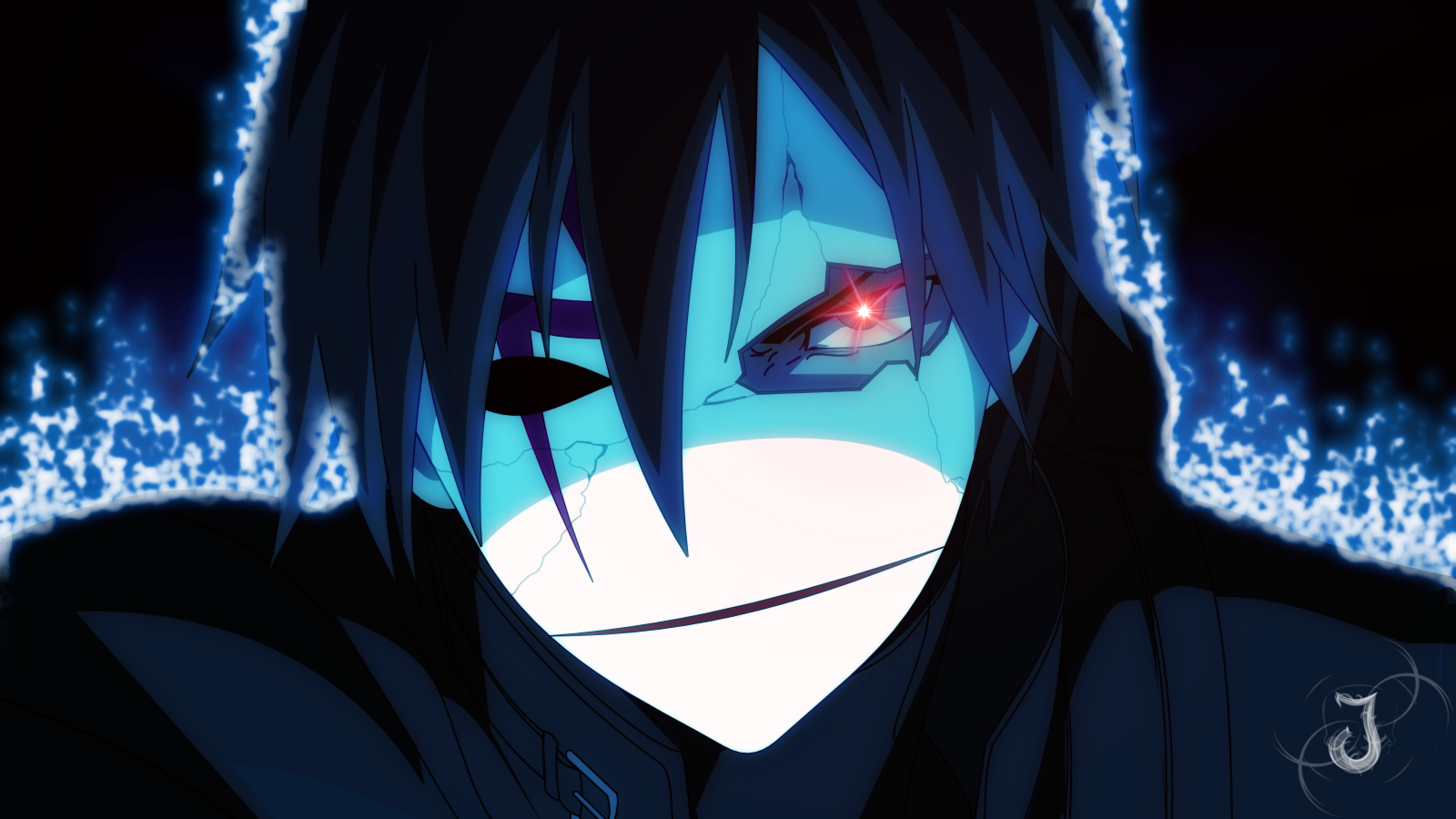 In Tokyo, an impenetrable field known as "Hell's Gate" appeared ten years ago. At the same time, psychics who wield paranormal powers at the cost of their conscience also emerged. Hei is one of the most powerful of these psychic agents, and along with his blind associate, Yin, works for one of the many rival agencies vying to unlock the mysteries of Hell's Gate. 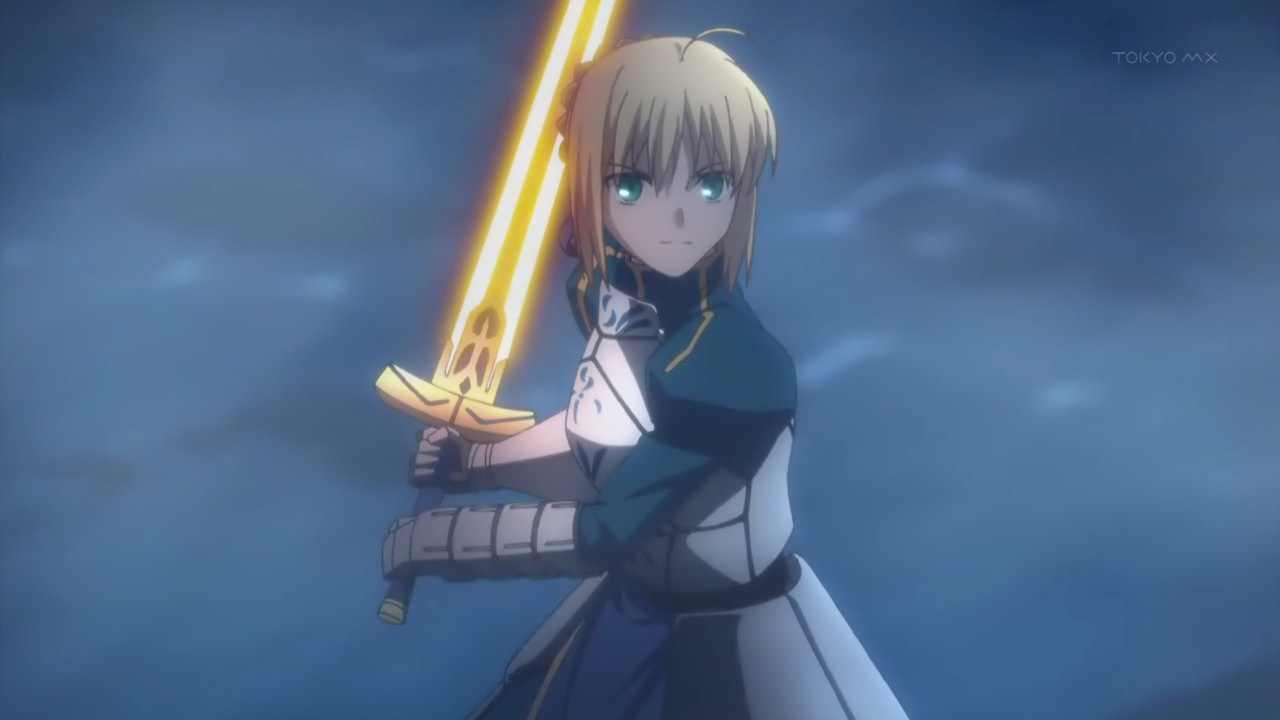 "Holy Grail," which grants a miracle. After three inconclusive wars for the elusive Holy Grail, the Fourth War commences. Founded by the Einzbern, Makiri, and Tohsaka families centuries ago, the Einzbern family is determined to achieve success after three successive failures, no matter the cost. As a result, they have elected to bring the hated magus killer, Kiritsugu Emiya, into their ranks, despite his methods and reputation as a skilled mercenary and a hitman who employs whatever he can use to accomplish his goals. Though Kiritsugu had once wanted to become a hero who could save everyone, he has long since abandoned this ideal upon realizing that saving one person comes at the cost of another's life. For the sake of humanity, he will ruthlessly destroy anything and anyone who threatens the peace of others. However, Kiritsugu finds himself deeply torn between the love he has found for his new family - his wife Irisviel and their daughter Illya - and what he must do to obtain the Holy Grail. Meanwhile, Kiritsugu's greatest opponent appears in the form of Kirei Kotomine, a priest who cannot find any sense of fulfillment in his life and sets his sights on Kiritsugu as the possible answer to the emptiness he feels. 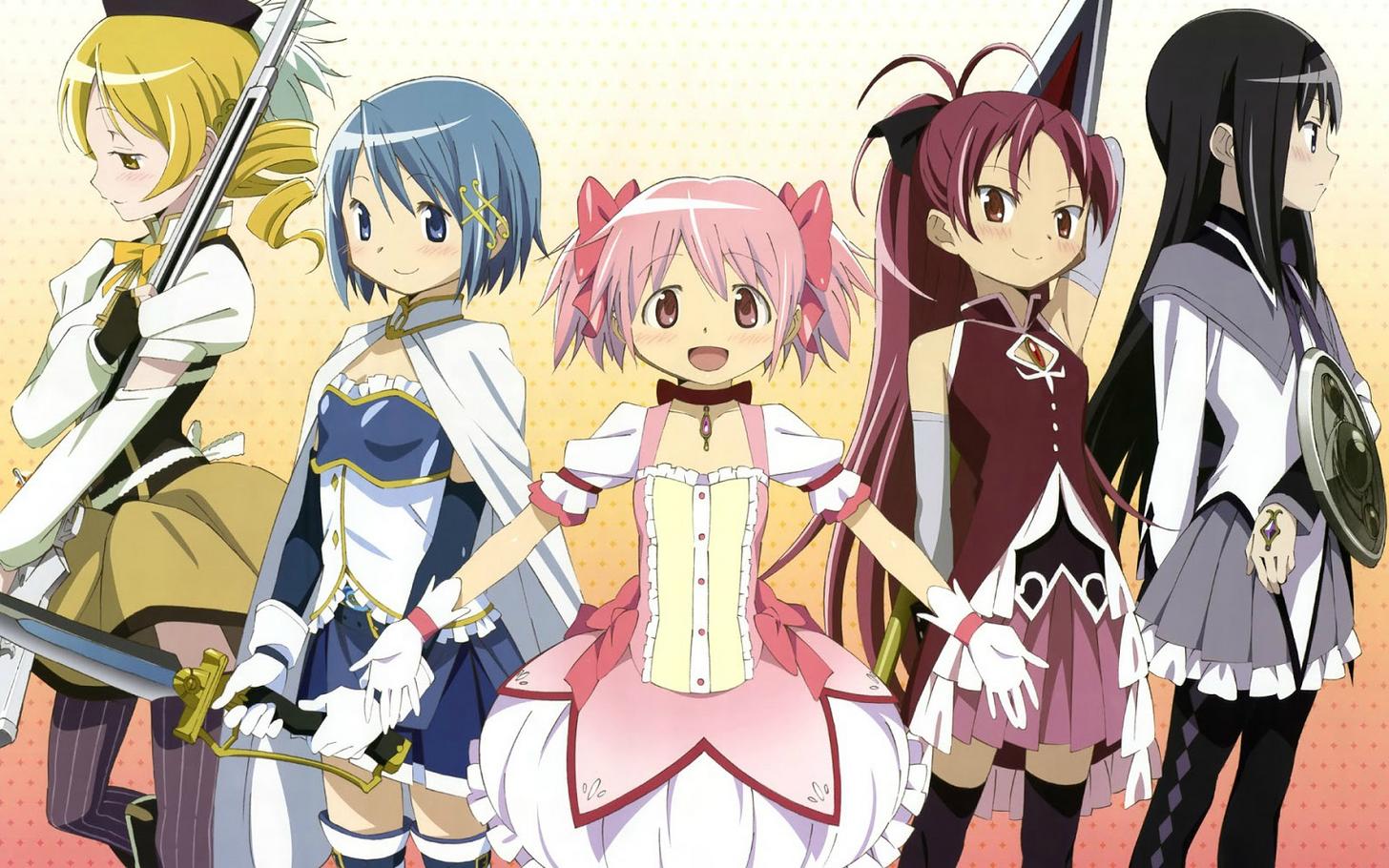 Madoka Kaname and Sayaka Miki are regular high school girls with regular lives, but all that changes when they encounter Kyuubey, a cat-like Magical familiar, and Homura Akemi, the new transfer student.Kyuubey offers them a proposition: he will grant one of their wishes and in exchange, they will each become a Magical Girl, gaining enough power to fulfill their dreams. However Homura, a magical girl herself, urges them not to accept the offer since everything is not what it seems.A story of hope, despair, and friendship, Mahou Shoujo Madoka★Magica deals with the difficulties of being a magical girl and the price one has to pay to make a dream come true. 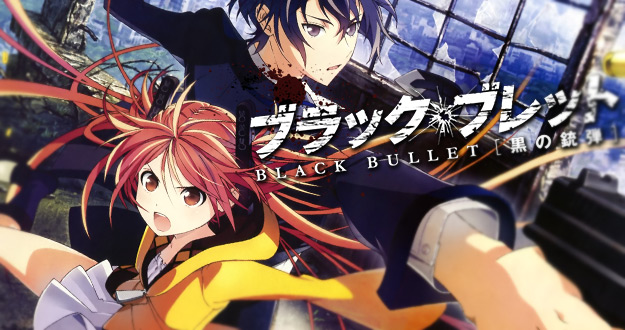 Rentaro, a boy living near Tokyo and member of the "Civil Security"—an organization specializing in fighting against the Gastrea—is used to accomplishing dangerous tasks. His partner is Enju, a precocious Young girl. They fight thanks to their peculiar powers until one day, when they receive a special assignment from the government. This top secret mission is to prevent the destruction of Tokyo...
Set in a near future, this thrilling heroic-action story... starts now! 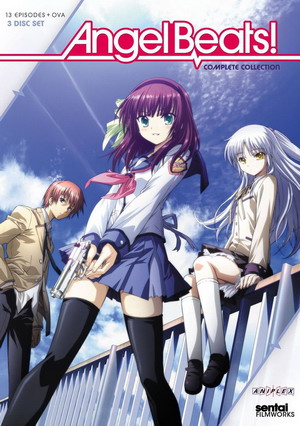 Otonashi awakens only to learn he is dead. A rifle-toting girl named Yuri explains that they are in the afterlife, and Otonashi realizes the only thing he can remember about himself is his name. Yuri tells him that she leads the Shinda Sekai Sensen (Afterlife Battlefront) and wages war against a girl named Tenshi. Unable to believe Yuri's claims that Tenshi is evil, Otonashi attempts to speak with her, but the encounter doesn't go as he intended. 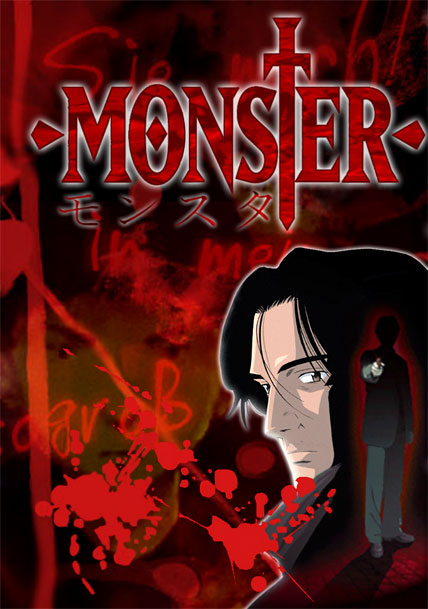 Dr. Kenzo Tenma is a renowned young brain surgeon of Japanese descent working in Europe. Highly lauded by his peers as one of the great young minds that will revolutionize the field, he is blessed with a beautiful fiancé and is on the cusp of a high promotion in the hospital he works at. However, all of that is about to change with one critical decision that Dr. Tenma faces one night – whether to save the life of a young child or that of the town's mayor. Despite being pressured by his superiors to perform surgery on the mayor, his morals force him to perform the surgery on the young child, saving his life and forfeiting the mayor’s. All of a sudden, Dr. Tenma’s world is turned upside down by his decision leading to the loss of everything he previously had. A doctor is taught to believe that all life is equal; however, when a series of murders occur in the vicinity of Dr. Tenma, all of the evidence pointing to the young child who he saved, Tenma’s beliefs are shaken.