By 2050, India’s working-age population will cross one billion. But where are the jobs? 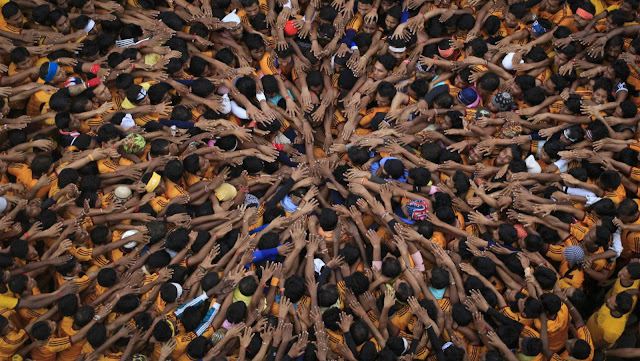 By 2050, India will beat China to become home to the most number of working-age people in the Asia Pacific region.
From 0.86 billion people aged between 15 and 64 years in 2015, India’s working-age Population will grow to over a billion by 2050, suggests the Regional Human Development Report of the United Nations Development Programme (UNDP) on April 26.
“China and India comprised 62% of the region’s share in 2015, with one billion and 0.86 billion workers, respectively,” the report says. “But China’s share of working-age people is now falling, while India’s continues to rise, expected to touch a maximum of about 1.1 billion in 2050.”
This will mean that over 280 million more people will enter the job market in India by 2050. But the market itself hasn’t exactly been able to cope.
Between 1991 and 2013, for instance, “the size of the working-age Population Increased by 300 million… while the number of employed people increased by only 140 million—the economy absorbed less than half the new entrants into the labour market,” the report said.
China’s working-age population increased by 241 million during the same period; the number of jobs there grew by 144 million. “A wider gap in India than China suggests a more limited capacity to generate employment—a serious challenge given the continued expansion of the workforce in India over the next 35 years,” the report explained.
This is a problem that the Narendra Modi-led government has acknowledged and is trying to solve by pushing labour-intensive sectors such as manufacturing. Besides, it is also bolstering skill development programmes.
In the union budget this February, finance minister Arun Jaitley set aside Rs1,700 crore to establish 1,500 multi-skill training institutes across the country. Jaitley also proposed to further scale up the Pradhan Mantri Kaushal Vikas Yojana to impart skills to 10 million youths over three years.
It will be a while before these initiatives deliver.
Meanwhile, in 2015, the Modi government delivered the lowest jobs growth in six years: only 135,000 new ones in eight labour-intensive sectors between January and December 2015.
With millions of job seekers likely to flood the market soon, such dismal numbers just won’t be good enough.

By 2050, India’s working-age population will cross one billion. But where are the jobs?