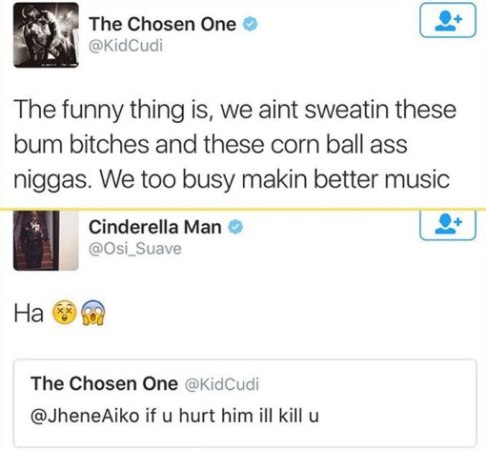 Jhene Aiko's producer husband Dot Da Genius produces music for rapper Kid Cudi and the two men are very close. So here's what happened. A few days ago, Nigerian OAP Osi Suave re-tweeted one of Kid Cudi's old tweets where he warned Jhene Aiko not to hurt Dot Da Genius or he'll kill her. Cudi replied to the tweet, calling Jhene a bum b**ch. Jhene filed for divorce two weeks ago months after she began an affair with Big Sean

Today I am thinking about who I am wr…
Where Songs Come From: Boy Gone Bad (…
My Hotel Review – Berjaya Langkawi Re…
Review: How It Feels to Float by Hele…
5 Tips on How to Protect Your Kids fr…

The Ultimate Guide to Purchasing the best kids metal detector