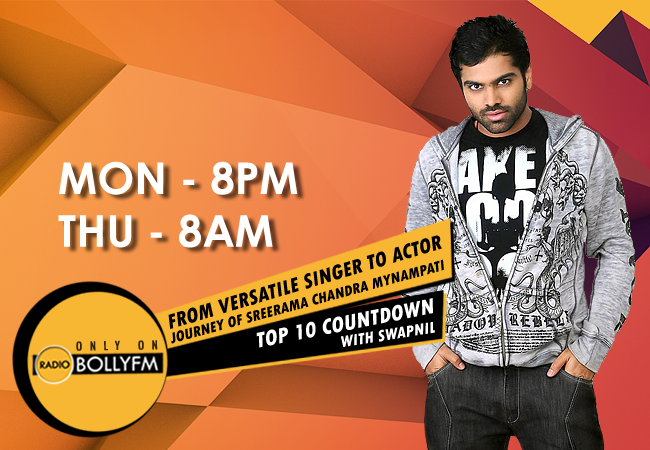 HOW TO LISTEN?
All you need to do is just visit our radio www.radiobollyfm.com, alternatively you can listen our radio by searching for the channel 'radiobollyfm' on Tunein, Dirble, vTuner, XiiaLive™ or any Internet Radio Player.

KNOW MORE ABOUT ARTIST
Sreerama Chandra Mynampati is a professional singer and 2010 Indian Idol winner from Hyderabad who debuted his playback career in the Telugu film industry. Sreeram won the fifth season of music reality show Indian Idol 5 and was awarded by the most prominent figures in the history of Indian cinema, Amitabh Bachchan. In 2013, He made his Telugu cinema acting debut with the film Sri Jagadguru Aadi Sankara. His debut movie as a hero is in Prema Geema Jantha Nai, which is now at production stage.  Read more on Wikipedia

Let us know how much you liked this episode on the comment section below.