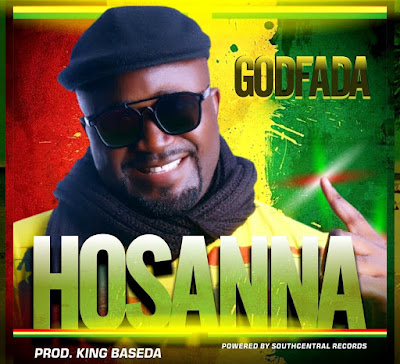 Here is a brand new Song from one of South South's revered gospel singers, Godfada.
He is known to have released one of the evergreen gospel hits titled IT IS OVER. The song was a cross over hit that not only introduced Godfada wide to Music lovers but also made a lot of people anticipate more from him.

Cat Coronavirus Diary – Day 9
Older adults (60plus) lockdown home w…
You Say Covid-19, I Say Hangar 18!
Not all advice is good advice
Exhibit D: Lipstick and rifles--Ukra…
He has ever since released follow up singles to the listening pleasure of music fans and just when all were warming up to him as an artiste, he got an appointment with his state government and has been functioning in that capacity ever since.
Again, just when people are getting used to his new role, Godfada has decided to make a special thanksgiving song to the glory of God in appreciation for the journey so far and also to satisfy the yearning of music lovers.
Obviously, Godfada is not letting the dust rest on his mic as he returns with this brand new single titled HOSANNA.
He clearly stated that the song is just a thanksgiving song he made in the studio to the glory of God. But hey, we sure will have to share it out for all to download and enjoy. So, go ahead, download and enjoy your FREE copy of Godfada's HOSANNA, the latest single from his stables.
DOWNLOAD