Summer of Love , How Weird Street Faire 2015, and Orgasmic Meditation 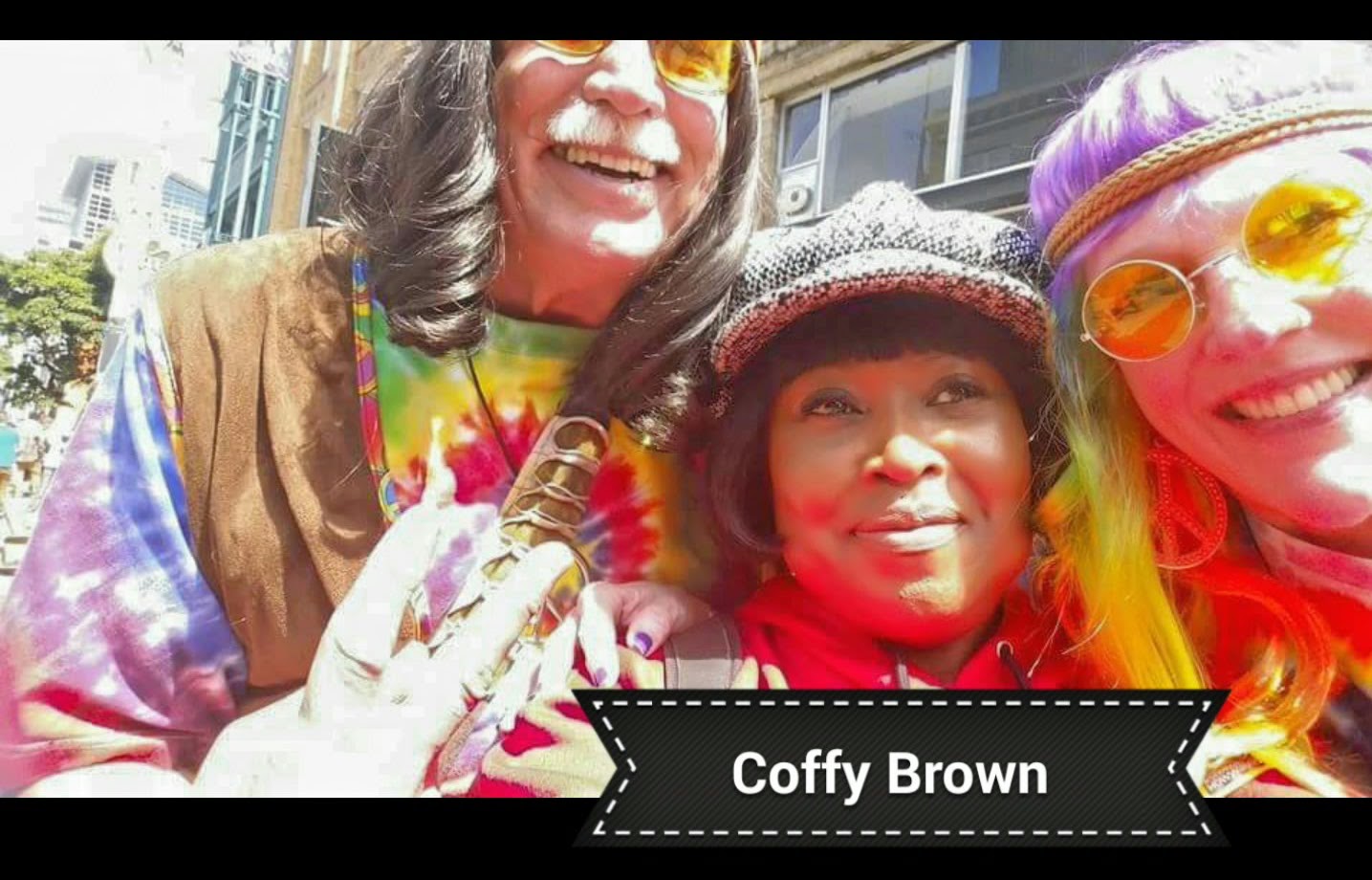 hip·pie
ˈhipē/
noun1.(especially in the 1960s) a person of unconventional appearance, typically having long hair and wearing beads, associated with a subculture involving a rejection of conventional values and the taking of hallucinogenic drugs.

The Summer of Love was a social phenomenon that happened in San Francisco during the summer of 1967. As many as 100,000 people converged on the Haigh- Ashbury neighborhood of San Francisco. The city became even more of  a melting pot of politics, music, drugs creativity, and the total lack of sexual and social inhibition than it already was. As the hippie counterculture movement came farther and farther forward into public awareness, the activities occurring  became a defining moment of the 1960s, causing copious numbers of  'ordinary citizens' to begin questioning everything and anything about them and their environment.


This unprecedented gathering of young people is often considered to have been a social experiment because of all the alternative lifestyles which became more common and accepted such as gender equality, communal living and free love. Many of these types of social changes reverberated on into the early 1970s, and effects echo throughout modern society. The hippies sometimes called flower children were and eclectic group. Many were suspicious of government, rejected consumerist values, and generally opposed the Vietnam War. A few were interested in politics; others focused on  art ( music , painting and poetry in particular) or religious or meditative movements. All were eager to integrate new ideas and insights into their daily life, both public and private. 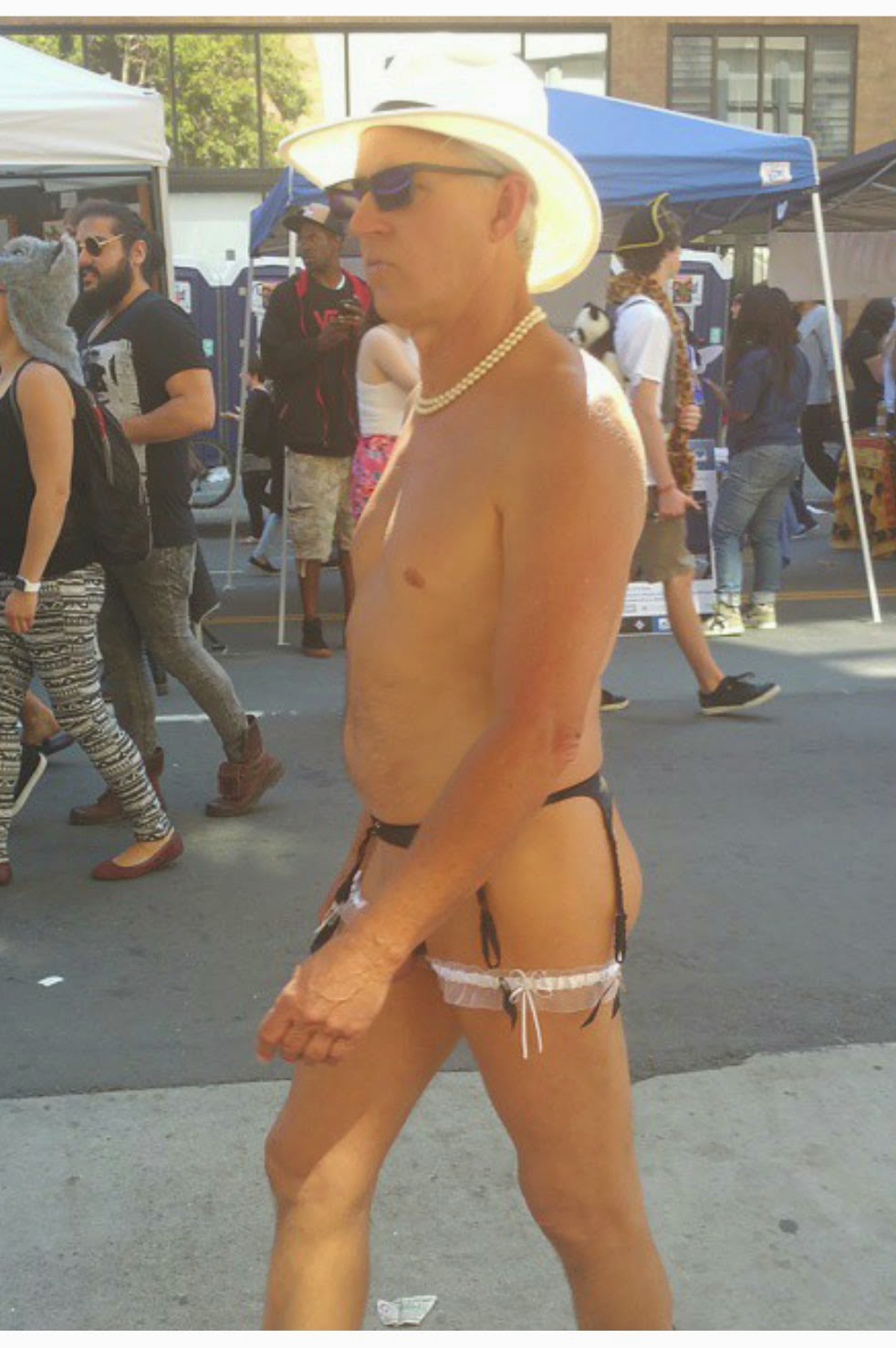 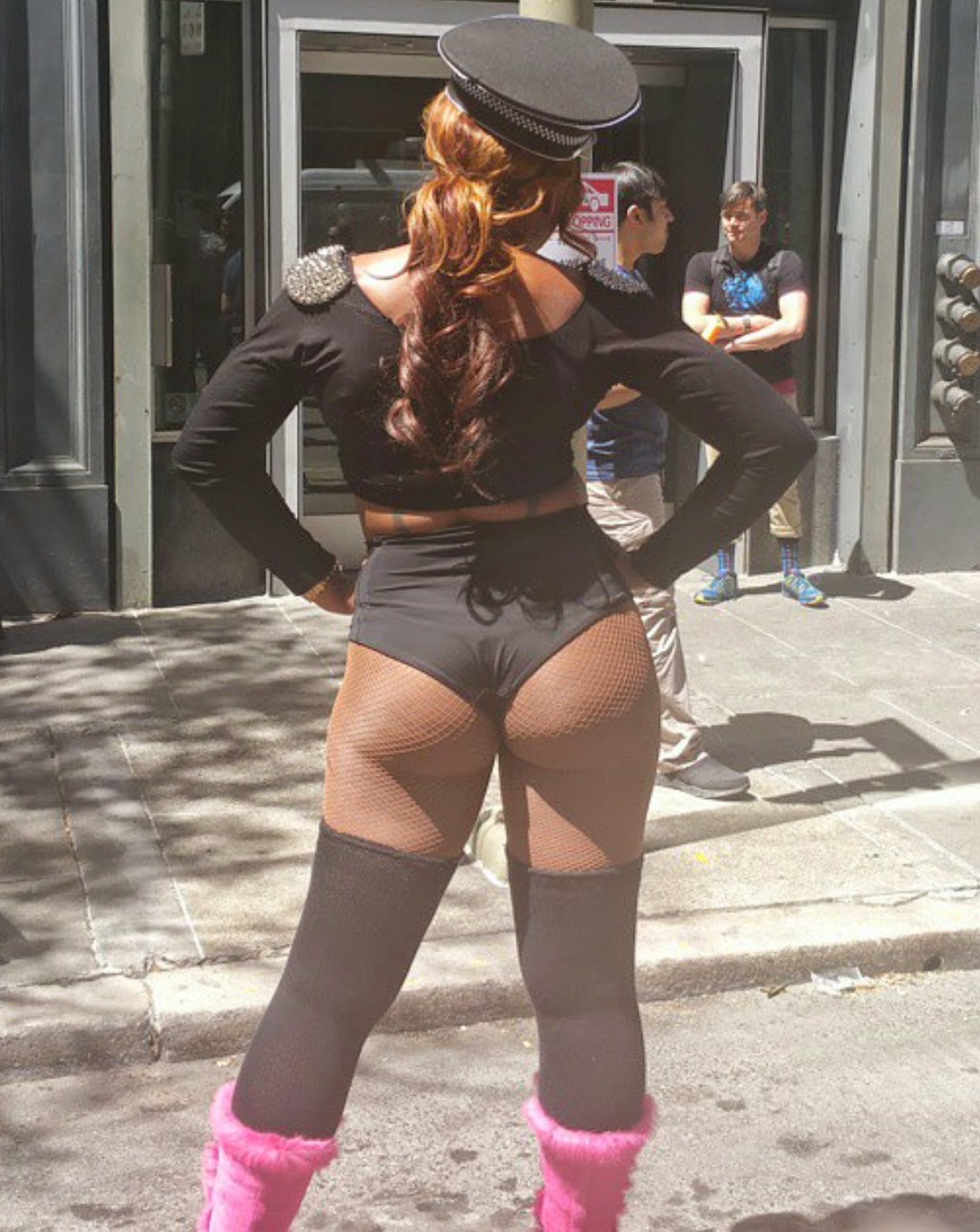 The How Weird Street Faire is an annual project of the educational non-profit World Peace Through Technology Organization. The Faire, like the non-profit, seeks  to inspire peace through music, art, ideas, raising consciousness, and the benevolent uses of technology. It  is a musical and visual sensory feast.  The Faire is also a place of peace, filled with thousands of people accepting and appreciating each other, connecting with each other, and forming one fabulous community.  Groovy right?

There were far too many artisans, vendors and booths for me to get to.  The Faire lasts from 11am to 8pm, but fret not, there are plenty of reasonably priced food vendors. And, if you're vegan or vegetarian,  because  you equate eating or wearing animal products with enslavement  and raising cattle produces methane that contributes to Global warming, there were numerous non- meat or non-animal product options. You say you prefer to eat foods that are a naturally occurring , holistic, part of your environment? There's a guy named "freeway" walking around disguised as a tree who sells salads where the greens were culled from cracks in the sidewalk. Now for me personally, my root chakra was not in spiritual alignment with the vegetarian or vegan options ( because I'm a CARNIVORE! If God didn't want us to eat meat, He wouldn't have created bacon.) so I had a steak sandwich. Now, let's get to the cost. The How Weird Street Faire is an annual event and tickets can be purchased months in advance at discounted prices. The early bird ticket is $12.00  (what I paid) on Eventbrite and can be purchased using Credit or Debit Cards. Or, if you feel that electronic money is yet another mind f**k unilaterally imposed on us by the power elite with the sole purpose of creating a paper trail for " The Man", tickets can be purchased for $20.00 dollars at the door. The non-advance ticket line is extremely long. But, on the bright side, there's this really cool old naked dude walking down the line handing out free brownies.

By far, the booth that I found to be the most interesting was www.onetaste.us. As I stated earlier, many of the flower children focused on  religious or meditative movements like yoga. One Taste  teaches Orgasmic Meditation. Orgasmic Mediation is a wellness practice( like yoga or pilates) that is designed for singles or couples to experience more connection, vitality, pleasure and meaning in every aspect of their lives.The practice is simple, specific, and repeatable, focusing on the female center for power, a specific part of the female anatomy ( the slang name rhymes with sit.) and pleasure. One Taste offers Orgasmic Medication Workshops. They are arranged so  that the participants can stop thinking, and instead follow the feeling, listen to their bodies and be present.  Since you can't attend the How Weird Street Faire until 2016, you will be pleased to know that a one day workshop in Orgasmic Meditation can be yours for a mere $149.00. ( remember, Mother's Day is coming up. Gift Cards are available.)

The following is an example of the one-day syllabus for the course:
If your Mom isn't into the formalized workshop sort of thing, she may like one of these shirts instead!


Geez, look at the time. I've got to run! I'm meeting my new friend Crimson Rainbow down in the Haight to pick up some of his special recipe cookies. He doesn't sell out of traditional stores because he's been off the grid and a little paranoid since he had a bad LSD trip in '69. Talk to you soon!

As always, keep it hot, sweet, and groovy! 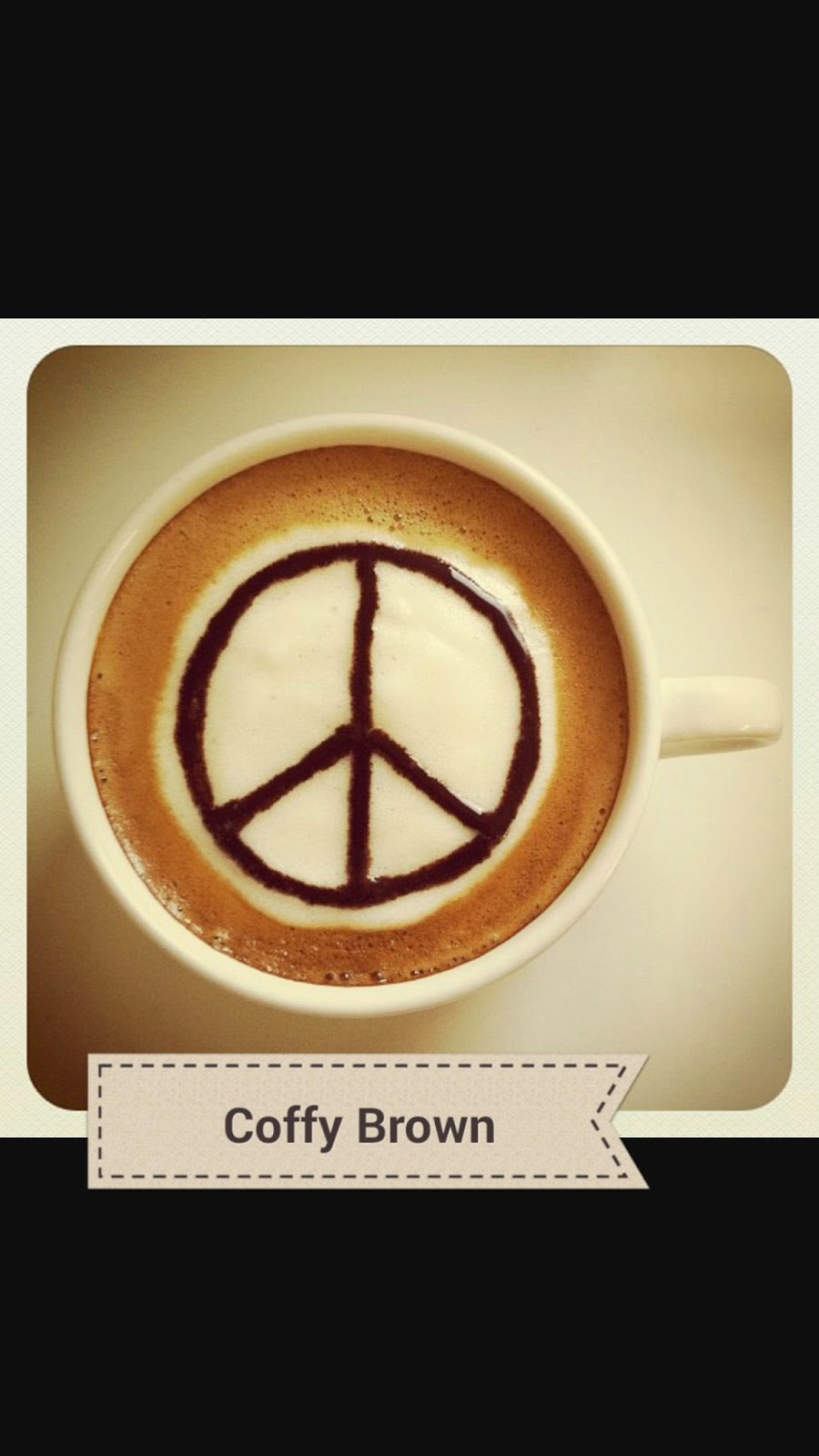 This post first appeared on Www.aroundtownwithmscoffybrown.com, please read the originial post: here
People also like
15 Back To School Lunch Hacks You Need
Beef Lightning Megaways Slot Review – Big Time Gaming
Herakles 3G Mixeur/blender 2L -bleu
Library Street Collective, Detroit
A Furry’s Guide to Cryptocurrency
Outriders Review – Gears of War, But As an RPG-Looter-Shooter?
Complete Guide to Opening Your First Coffee Shop
“The Friend Who May Not Seem a Friend” – The Cat and the Fire, Post 2 of 3
The fabulous folly of Madagascar’s Pangalanes canal

Summer of Love , How Weird Street Faire 2015, and Orgasmic Meditation