All this hoopla over Suicide Squad's bad reviews and the resulting petition to shut down Rotten Tomatoes is really giving Comic Book fans a bad name.  Geek culture is being embraced like it never has before, and is finally getting some legitimacy.  But some fanboys seem bound and determined to bring back the stereotype of comic lovers as troll people who live in their parent's basement and have never seen a naked girl except on the internet.  It makes us all look ridiculous when people over-react this way, especially when they are defending a Movie they haven't even seen yet.  I'm hoping the movie ends up being good despite the negative reviews, but if its not, I'm prepared to deal with that and move on.  So here are some of the arguments that need to stop, because they make the people saying them look stupid, and reflect badly on geek culture as a whole. 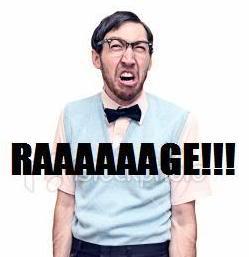 People would understand the movie if they had read the comics. 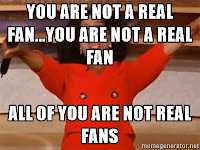 Not everyone reads comics.  That's just a fact of life.  And movie studios cannot make movies that only appeal to comics readers if they want to turn a profit.  The simple fact of the matter is, if you have made a movie that is not understandable without having read the source material, you made a bad movie.  Any movie should make sense to someone who is completely unfamiliar with it.  Guardians of the Galaxy was a comic that like 3 people had read, starring an anthropomorphic tree and a talking raccoon.  But everyone who saw the movie got it without having to read the comics.  And many people started picking up the comics after seeing the movie.  If you make the movies in such a way as to lock out people who aren't already fans, you guarantee that you do not grow your fan base.  These are artistic pursuits, yes, but they are also commercial.  If the fan base does not grow, there will be no comics or movies to enjoy.  This was a hard lesson learned by the comic book companies when they couldn't grow the fan base due to impenetrable continuity going back half a century.

There is a pattern of bad reviews for DC that indicates a conspiracy.

No, the pattern indicates that Warner Bros makes movies that critics don't enjoy.  Fans have liked some but not others.  Not everyone has the same tastes.  What does it benefit Marvel to pay off critics to bash DC movies anyway?  It's not like the average movie goer is going to say "You know, that Superman movie was pretty good.  Guess I'll stop going to see Captain America movies now."  However a perception that there is a glut of bad comic book movies could hurt interest in Marvel's movies.  It is true that sometimes good movies get bad reviews.  I'm hoping this is the case with Suicide Squad.  Sometimes bad movies get good reviews.  I still don't understand all the fuss about Avatar.  But it all comes down to taste.  Batman V Superman got pretty bad reviews.  I didn't think it was a horrible movie, but I found it kind of dull.  Civil War got pretty good reviews.  I enjoyed the beginning of it, but thought the last third was also pretty dull.  I didn't fully agree with the critics on either one. That's just the way it is sometimes.

People just aren't smart enough to get what they are trying to do.

You are not going to convince people that a movie is great by telling them that they are just too stupid to get it.  No one was confused about the story in Batman V Superman, except maybe that Flash cameo, but that has more to do with my first point than with people not being smart enough to figure it out.  It is possible I guess that you are smarter than 95% of the movie going public, but it's not likely.  Besides, if someone has to be a Mensa member to follow a movie, it is not a successful popcorn movie, which is what comic book movies are.  If you are going to spend $250 million making your movie, it needs to appeal to as many people as possible, or you are not going to be able to afford to keep making movies.  Though in my opinion one way this can be alleviated is by cutting back on marketing.  At this point I don't think most people need top be oversold on Batman, the Avengers or Star Wars.  They just need to be told when it's coming out and they will show up for it.  Stop showing us the whole damn movie before it's even out!  But that is another rant for another time.

Critics shouldn't be allowed to review movies they are not fans of.

So, basically you think that if someone doesn't like a movie they should just not do their job.  So even terrible movies would then only have good reviews.  If you don't agree with the critics, then ignore them, or find the ones that you do tend to agree with and only pay attention to them.  For me, I find that the consensus is often  not far from the mark, though there have been times when I felt it was completely wrong.  For instance, I thought John Carter was a pretty good movie.   Critics and movie goers disagreed.  Am I wrong or are they?  Neither.  Again it is a matter of taste and different people like different things.  Even if we totally agree on movies, I guarantee that I can find fault in your taste in television, or music, or fashion.  And vice verse.  Honestly, if everyone liked the exact same things, we as a species would be pretty boring.  And there would probably never be anything new or different in movies.  Enjoy what you want and support it, don't support what you don't like.  But don't throw public temper tantrums when most people disagree with you, and make the entire comic book fan community look bad in the process.