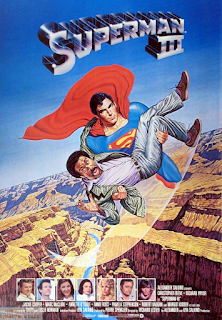 Superman (Christopher Reeve) takes on a megalomaniacal businessman (Robert Vaughn) who is using a dopey hacker (Richard Pryor) to help him take on the world.

Whatever this thing I just watched is, I'm sure its main purpose is to make me feel bad for saying a lot of terrible, atrocious things about "Superman". It has to be some sort of revenge on me. It has to. But let's get into the review, shall we?
"Superman III" is a silly, shallow, completely ridiculous film that not only insults the two previous entries but the viewer as well. 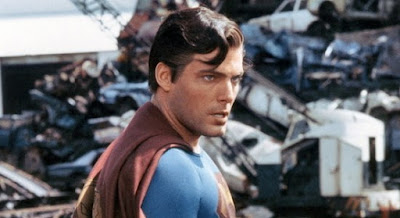 The film is bad on so many levels - it's bad on all the levels to be honest -, I don't know where to start. I don't know what Richard Lester was thinking, but if he wanted to make fun of Superman, like a parody would do, he succeeded.
I should probably talk about the plot now, but it's going to be very hard since there is no plot. Things happen, that's all. Superman gets to be a supporting character in his own movie. How does that even happen? Instead of being the focused of the film, he has some subplots, like an awful one involving Lana Lang, played by a young Annette O'Toole which, by the way, was way better in "Smallville" than she is in this one, and another involving Superman getting wasted in public, losing his temper, and settling whatever he had to settle in a "Fight Club"-esque manner. Oh, did I mention that the villain makes synthetic kryptonite that eventually splits Clark Kent in two? One good, one evil, and that's the reason Superman gets drunk.
The Main Character of the film is the villain, some megalomaniacal businessman that substitutes Gene Hackman's brilliant Lex Luthor, and/or Terence Stamp's spectacular General Zod. I let you choose. The worst thing is that even being the main character, the villain is forgettable.
This could easily fall in the so-bad-it's-good category, because despite being completely stupid, nonsense, - and did I already say ridiculous? -, it is indeed a great fun to watch. It is so bad it made me laugh. Anyway, kudos to Lester for killing Superman without kryptonite.