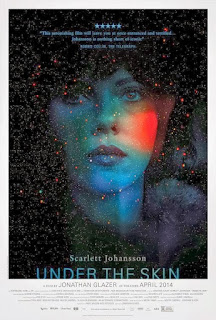 A mysterious woman (Scarlett Johansson) drives a van through the road and streets of Scotland seducing lonely men.

I guess "Under the Skin" is one of those films one either loves or hates. I fall into the second group as I found the film dreadfully slow,  repetitive and so boring I almost felt asleep.

Based Michel Faber's novel of the same name, the story isn't a real story, it's just a bunch of aliens abducting people in the most weird way ever. And even though a film doesn't necessarily need to have a plot to be interesting - see Linklater's "Before Sunrise" -, the extremely long silences, and the non-existent dialogue have you waiting for some significant plot turns that never happen. Another problem is the lack of mystery, in fact it's obvious from the very beginning what Scarlett Johansson's character is. 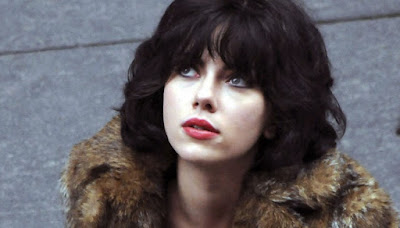 Maybe I was let down because I was expecting a different film which is normal when Glazer's work has been compared to the works of Stanley Kubrick. I don't like all of his films, but Kubrick is arguably on a whole other level.

I didn't see Glazer's great direction, all I saw was a lot of darkness - probably to keep down the cost of special effects - since the very beginning when the film opens with a black screen and a dazzling light. If anything, I felt trapped into a "cinematographic work" that never seemed to finish.

Now I really see why, while they opted for non-actors for the supporting roles, they needed a star like Scarlett Johansson in the lead, they needed to trick people into watching this. But I still don't understand why she took the role. And frankly I don't think her performance was spectacular. Unless you consider getting naked for most of the time and having the same expression throughout the whole film spectacular.