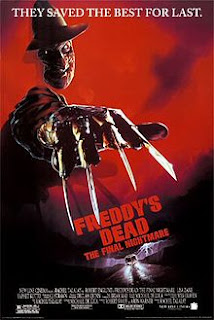 Freddy Krueger (Robert Englund) returns once again to haunt both the dreams of the last surviving teenager (Shon Greenblatt) and those of a woman (Lisa Zane) with a deep connection to him.

If "A Nightmare on Elm Street 5: The Dream Child" was awful, I don't know what "Freddy's Dead: The Final Nightmare" is. Other than a ridiculous nightmare and an unwatchable film.

Unlike the previous entry, this film actually had some potential with Freddy's backstory. It could have been good. No, it should have been good. But the filmmakers decided to throw that potential away and write instead a story that is stupid, confused and so boring it makes you wish to be the one dying instead of Freddy. 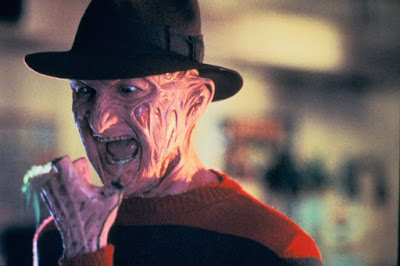 As if that wasn't enough, that thing resembling a plot moves so fast you don't have time to process what just happened that something else happens. But don't worry, it's not important, after all nothing happens but stupid killings - trying to kill someone with a cotton bud? What's next? Brushing someone's teeth to death? - and Freddy still trying so hard to be a comedian.

And just like the other times, he doesn't succeed. He is just an idiotic joker who can't pull off a single joke, and that isn't scary at all. In other words, Krueger is the film's biggest (and only) joke.

Completing this pathetic film there are utterly annoying, irritating characters that are light years away from character development, atrocious acting and horrible effects.

Basically it's a great horror. In a different, bad way though.