Before I present to you my recently finished project, I share to you: 19 Signs Your Coffee Addiction Is Completely Out Of Hand*

1. You wouldn’t dream of getting your day started without drinking some coffee.

The Best Places to Live in Canada
Real Sociedad vs Barcelona: how to wa…
Mshayi & Mr Thela – Bros For Life
5 Celebrities Who Use CBD To Stay Cal…
Nick Cannon, Wish To Rekindle Things …

2. And you need it so badly that you wish it came in an IV instead of in liquid form.

3. Basically, you’re not even alive until you’ve had a sip of coffee in the morning.

4. You firmly believe that coffee is the ultimate elixir that will always solve your problems.

5. Your friends know that bringing you coffee is the easiest way to make you happy.

6. And coffee dates are the only kind of dates you’ll go on.

7. You even think you look better with a cup of coffee in your hand.

8. You tend to go through all the coffee you keep in your own home pretty quickly.

9. And feel really frantic when you run out of coffee and forget to buy some more.

10. When you order coffee from your barista, your enthusiasm isn’t always well received.

11. And other people have a hard time understanding your need and desire for this delicious caffeine-filled concoction.

12. A good cup of coffee compliments just about anything.

13. And a *really* good cup of coffee means never having to say you’re sorry.

14. You’re not shy about how much coffee your body requires in order to function.

15. But sometimes you feel the need to be a little defensive, since other people can be *so* judgmental.

16. You’re fully aware of the problem you have and how much coffee actually controls your life.

17. But no matter how hard you try, you just can’t seem to quit your habit.

18. Seriously — you can’t go one, single, solitary day without consuming a cup of coffee.

19. Because you know coffee drinking isn’t just a necessity, it’s a lifestyle.

Warner Bros. Television / Via Netflix
*Brought to you by Buzzfeed.

And FINALLY I present to you my final project. In order to do so, I used a 4'x6' piece of watercolor paper, and half of a large tub of the cheapest coffee I could find. My house has permanently smelled like coffee for the past two weeks and will continue on for probably another week or two. But the project smells amazing. It took two weeks to finish, maybe around 15-20 hours of hard working time. 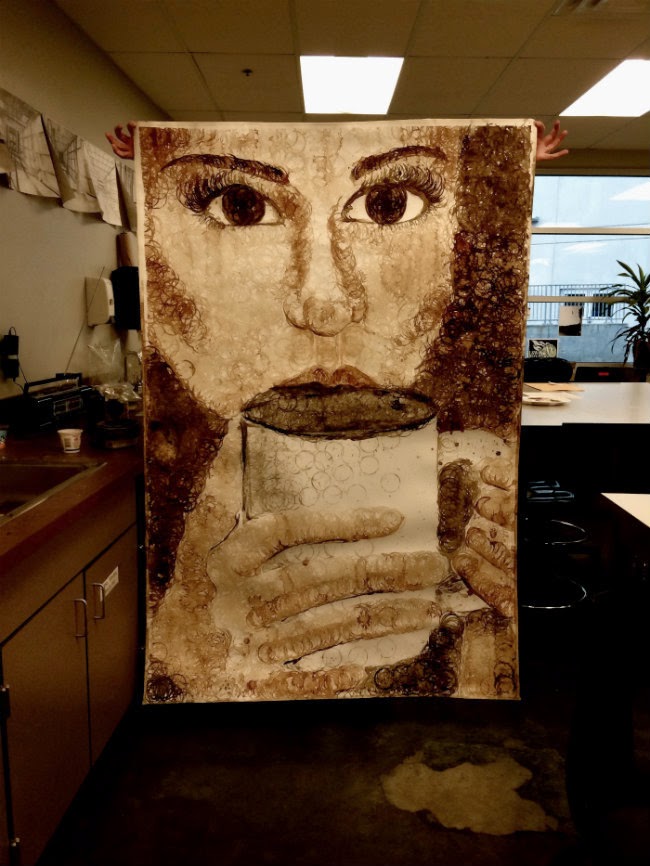 This post first appeared on { Canon-to-Canvas }, please read the originial post: here
People also like
The Best Places to Live in Canada
Real Sociedad vs Barcelona: how to watch on TV, stream online in US/UK
Mshayi & Mr Thela – Bros For Life
5 Celebrities Who Use CBD To Stay Calm And Relaxed
Nick Cannon, Wish To Rekindle Things With Ex-wife Mariah Carey, Appreciate Her Then Love