Upcoming Events - Comifuro 6, Festival of Japan in Bandung, Tribute to ONE OK ROCK 2015

Tags: comifuro rock held bandung
August 18th 2015
View original
Hi everyone! It's been a while, right!? On this occasion I would like to say Happy Independence Day for Indonesia! 70th Anniversary has never been this bright. I hope all goes well in this country, and it gets better and better.
Good news for you. Near in the future we have at least three events to be anticipated. The first and the nearest one is Comifuro 6! 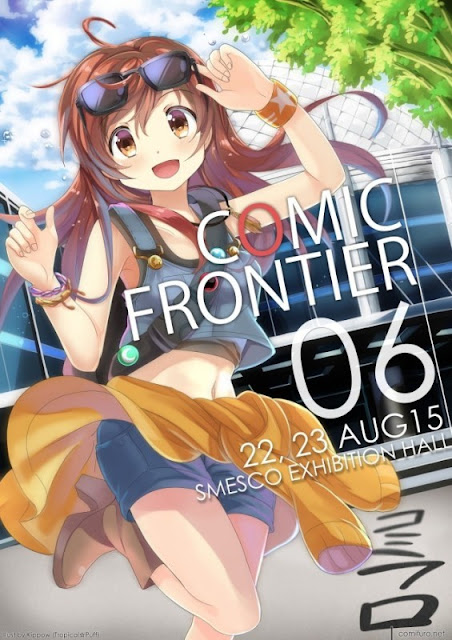 Comifuro 6 (Comic Frontier 6) will be Held on Saturday-Sunday 22nd-23rd of August 2015, 09:00 – 18:00, Exhibition Hall SMESCO Jl. Jenderal Gatot Subroto, South Jakarta., Daerah Khusus Ibukota Jakarta 12780, Indonesia. More information about this event can be found at comifuro.net.
In other words, it's next week! In Comifuro, there will be a bunch of booths selling merchs, novels, comics and many more. Dozens of circles will appear there. Communities will gather. And the best part is, Comifuro 6 is free. You can ride it all day if you want. This may be, by far, the most anticipated circle-based event in Indonesia.
I plan to go to Comifuro 6 with the guys from Chronicle Company. Chronicle Company (often abbreviated as CCO) is a circle focused on fantasy literacy. Currently we're planning to release our very first product called Chocochips Vol.1. It is an anthology book of stories made by local Bandung writers. If you are going to Comifuro 6, make sure you drop by the booth number C6. See you there.
The second one is Tribute to ONE OK Rock 2015! This event is presented by ONE OK ROCK Bandung. Similar tribute had also been held in Ennichisai 2013. You can read more about it at ONE OK ROCK Indonesia's blog. 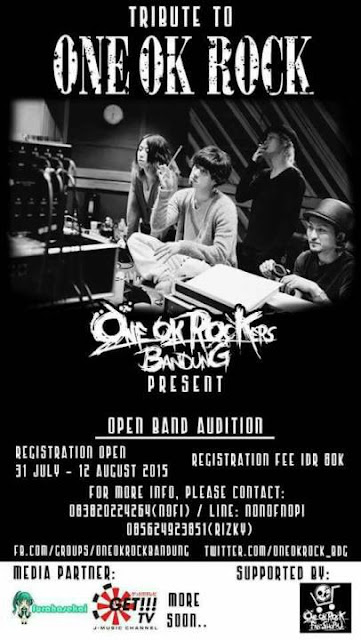 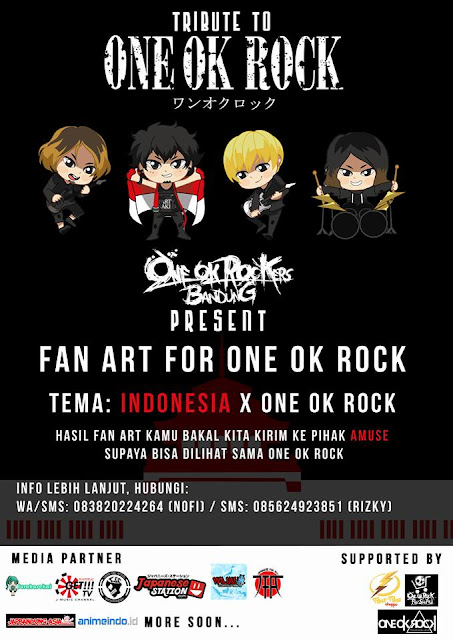 It is stiil unknown where and when this event will be held. The audition session has passed, though. I think it will be held somewhere in early September or October 2015. Visit the fan page for further details.
By the way, It seems the committee of this event tries to blend the themes of Indonesia and ONE OK ROCK, which I suppose it is a great idea to commemorates Indonesian Independence Day. Well done, ONE OK ROCK Bandung.
For Bandung people, this third event may count as the substitute of Bandung Japan Festival (BJF). BJF will be held next year, so yeah... deal with it. It's Festival of Japan in Bandung (FJB)! (the name sounds so complicated, but yeah, like I said before, deal with it). Here are some guest cosplayers who are scheduled to appear in FJB. 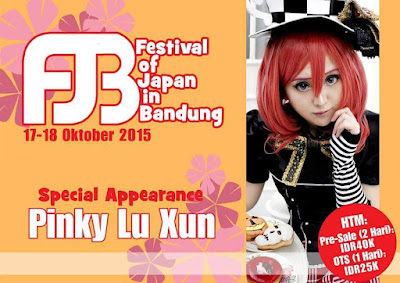 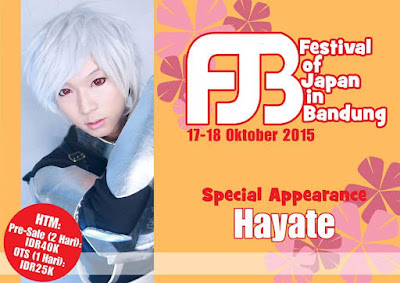 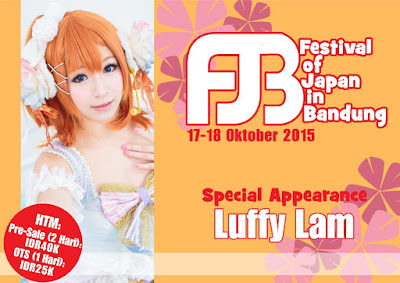 Yes. It's not free. Deal with it. Looking at their page, it looks like this event focuses more on cosplay, meet-and-greet, and workshops. And they even have the rough map ready as seen below. FJB will be held on 17th-18th of October 2015 at Lucky Square Convention Hall, Bandung. 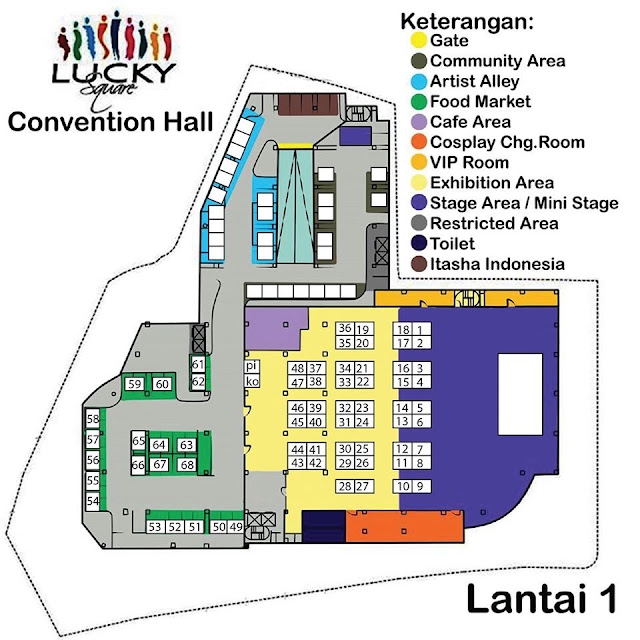 I am not sure if I am able to go to FJB, though. If the guys are okay to go, then I might be there, too. That's all, folks! Thank you for reading. Stay positive and healthy. And for those who are going to those events. See ya there!

Upcoming Events - Comifuro 6, Festival of Japan in Bandung, Tribute to ONE OK ROCK 2015