What Is Cardamom Good For? 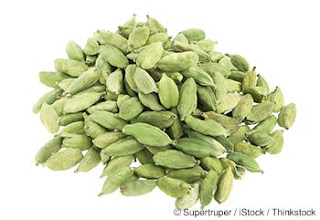 In ancient medical traditions, Cardamom could cure a sore throat, teeth and gum infections, congestion, tuberculosis, stomach, kidney, and lung problems, and also be used as an antidote for spider and snake bites. It’s been long noted, and more recently in lab studies, to successfully treat urinary tract infections – even gonorrhea.

Benares Indian Restaurant: Cozy Fine …
The 2017 Epcot International Food and…
SPONGE CAKE ON STOVE TOP - No baking …
Gin o’Clock – Part Nine
Foley’s London Review: A New Palomar?
For centuries, cardamom has been touted as having aphrodisiac properties with the ability to cure impotency. In clinics using East Indian medicine practices, five grains of cardamom chewed three times a day is prescribed as a way to kill harmful H. pylori bacteria that causes intestinal infections and chronic pain.
In both early and modern medicine, cardamom is believed to have mood-elevating properties, so it’s used both as an antidepressant and in aromatherapy. It’s said to relieve problems with muscle spasms, and according to studies at the Central Food Technological Research Institute in India, contains several blood clot-preventing components. Studies show that the many layers of phytonutrients in cardamom even offer cancer protection and improved blood circulation, which is heart protective.
Nutritionally, no other vitamin or mineral ingredient in cardamom comes close to the manganese content, which is 80 percent of the recommended value in a single tablespoon. You’ll also find smaller amounts of fiber and iron, as well as plenty of vitamin C, calcium, magnesium, potassium, pyridoxine, riboflavin, thiamine, vitamin A, and zinc.
Read More:

The 2017 Epcot International Food and Wine Festival - PART ONE

SPONGE CAKE ON STOVE TOP - No baking powder, no baking soda, no vanilla, no butter

What Is Cardamom Good For?