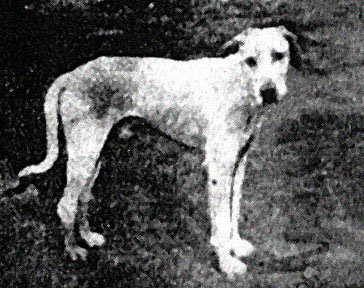 Very rare and believed to have existed since ancient times the Alangu Mastiff, also known as the South Indian Mastiff or the Sindh Mastiff, was developed in the Thanjavur area of Southern India. They were essentially a cross between the Sindh Mastiff and the Alangu Hound and were employed as war dogs by the Persian army. They are now primarily used as a property guardians, large game hunters, and unfortunately fighting dogs. During antiquity the breed was used extensively by the the Persian Army for guarding soldier’s camp-sites and enemy prisoners-of-war. In the year 486 BC Xerxes the First brought several Alangu Mastiffs along with his army to Greece hoping to use them as efficient working dogs. Alexander the Great imported a similar breed back from his campaign against King Porus. They have also been kept by royalty but were eventually replaced with Cheetahs, who proved to be far more entertaining hunters. The Alangu Mastiff breed is now nearing extinction due to their assimilation into the modern Sindh Mastiff breed, more commonly found in Pakistan, and certain strains of the Bully Kutta. They may also be threatened because of their ferocious nature and because of the breed's numerous health problems. Only about 20 of these dogs are said to exist today and most of them aren't even considered pure. They were originally distinct from the Bully Kutta and the Sindh Mastiff, but are now considered synonymous by most. A typical male Alangu Mastiff stands anywhere around 32 to 40 inches and weighs from 150 to 170 pounds. Females are somewhat smaller, standing at only 28 to 36 inches tall.

طريقة عمل الهوت دوج بالفرن
Everybody wants me, so when do I self…
Hemp Land USA Review
The Neighborhood Bar that Grew Three …
Top (IAS) Civil Services Interview Qu…

The Banjara hound, also known as the Vanjari, is considered a general hunting and camp or flock guard dog breed that is indigenous to North India. They were kept by the Banjara people of India, or the nomadic Vanjari of Maharashtra, and are said to have the speed of a greyhound and the stamina of a collie. With their high speed and stamina the dog was used to control the flocks and guard the camps. It should also be noted that the Banjara Hound is not the same thing as the rare Banjara (Ban-Djara) Mastiff, the Rampur Greyhound, or the Bangara (Bang-hara), even though these Indian breeds are related. The Banjara people are the largest gypsy group in India and are distributed throughout 50 percent of the Indian Districts. The Banjara people were once nomads who kept cattle and transported goods but now they mostly raise cattle and farm crops, abandoning their nomadic lifestyle. During a time when the Banjara people were still nomadic, the dogs accompanied them from place to place throughout rural India and were indispensable to the tribes as sight-hounds. They were expected to hunt game, guard camp-sites, and aid in controlling and moving livestock. With the continued integration of the gypsies into mainstream society the breed is at risk of uncontrolled interbreeding and very few if any pure examples exist today. 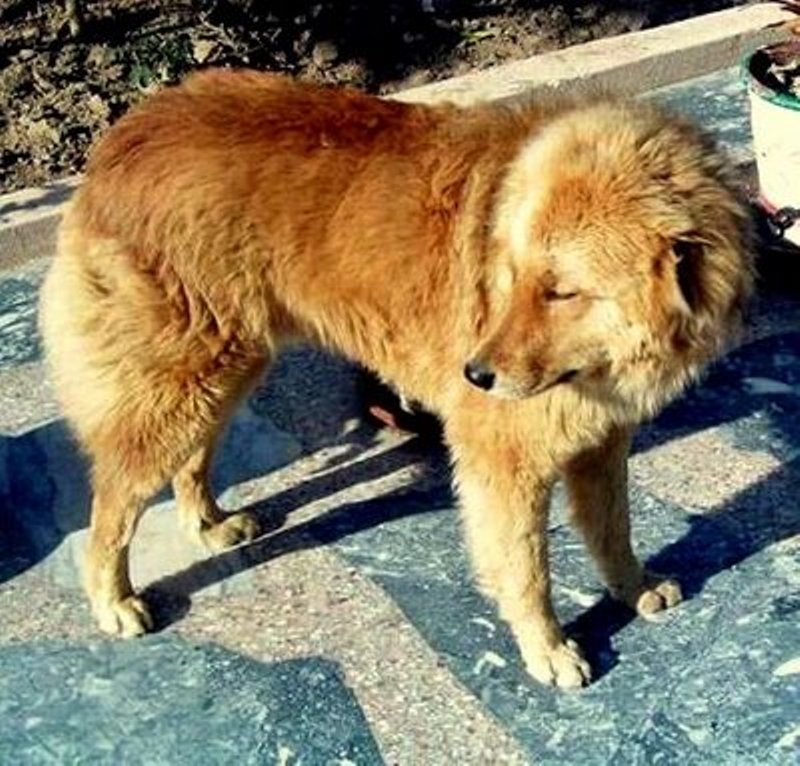 One amazing fact about the Bakharwal dog is that they are mostly vegetarians, as they are usually only fed milk and bread made from maize. This helps keep the breed from attacking their own flock as they are mainly used to guard sheep, but unfortunately a low birth rate is one side-effect that happens as a result of this unnatural diet. The Bakharwal Dog is an ancient working breed of dog found in the Pir Panjal mountain range of the Kashmir Himalayas where it has been bred for many centuries by the Gujjar nomadic tribes as a livestock guardian dog and a settlement protector.

The Gaddi Kutta, distinct from the Bully Kutta, is a mastiff-type mountain dog found in northern India. They are also called the Indian Panther Hound, the Mahidant Mastiff, and the Tibetan Mastiff. Though initially bred for hunting purposes, the multi-talented Gaddi Kutta is widely used by local shepherds, mostly Gaddis (from the tribe of the same name), and are reputed to be strong enough to repulse attacks by snow leopards as well as possessing the intelligence to herd stray sheep and goats back to their pens. The Gaddi breed is thought to have been developed by the Asur King Mahidant of Meerut by crossing the wild dingo-like hounds (a type of wild mastiff pariah breed descended from the massive Hyrcanian dogs) with the Sha-Khyi variety or fighting line of Tibetan Mastiffs for hunting purposes. Similar to other breeds of the area and belonging to the lighter strain of Central Asian dogs, this ancient Molosser is an agile and powerful breed used for trailing and confronting panthers and other large game in the past. Although these dogs are rarely used by hunters today. The breed is mostly found in India however they also exist in small numbers in neighboring Pakistan, although not many examples are pure with most of the lines reportedly having been crossed with the popular Bully Kutta breed and even containing some German Shepherd blood. The Gaddi Kutta can grow up to 30 inches tall and weigh as much as 100 pounds or more.

The Kannidog or Chippiparai is an incredibly special breed to India once given as a valuable gift by the bridegroom just before a marriage. They are still to this day cherished and will not be sold but instead gifted if the receiver is capable of taking great care and responsibility in their ownership. The Kanni is a rare indigenous South Indian dog breed found in the state of Tamil Nadu or more precisely in and around Tirunelveli, Kovilpatti, Kazhugumalai, Kileral, Kodangipatti, SIvakasi and Madurai. They are usually fed a diet of milk in the morning, corn porridge in the afternoon, and "Ragi" porridge in the evening. Meat is given once a week or once a month only. As they are nearing extinction and are not allowed to roam the streets efforts to revive the breed have been taken up by groups of enthusiasts in Tamilnadu by forming Facebook groups dedicated to the breed's re-population. 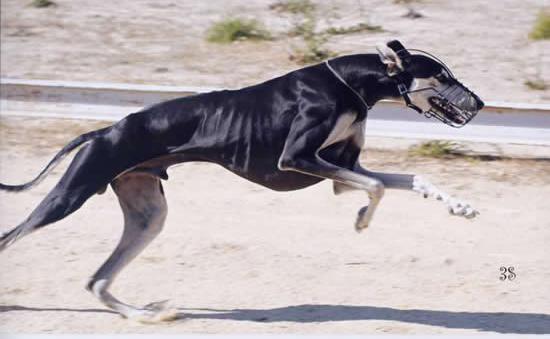 The Combai is a bear hound that originates in the south of India. Despite being sometimes mistaken for the Rajapalayam dog, each are distinct and separate breeds. The Combai have more powerful jaws, often with a black mouth, pendent ears, a savage temper, with a tendency to be much more active than the Rajapalayam. The breed is also slightly shorter than the Rajapalayam, but sometimes appears heavier because of the breed's powerful build. Amazingly, at one time they were mainly used to protect people and cattle from tigers and leopards. The Combai was also used for hunting boar, hunting bison, and hunting deer as early as the 9th century B.C. They are known to be as sensible as the German Shepherd and as ferocious as the Rottweiler, even fighting intruders to the death. Because the breed is quite ancient, they are immune to most diseases having evolved their defenses long ago compared to the most recent designer breeds. Despite this, the original bloodline is very rare and in danger of interbreeding. Once available in large numbers throughout Southern India the Combai is now restricted to certain parts of Tamil Nadu and to some accepting kennels. 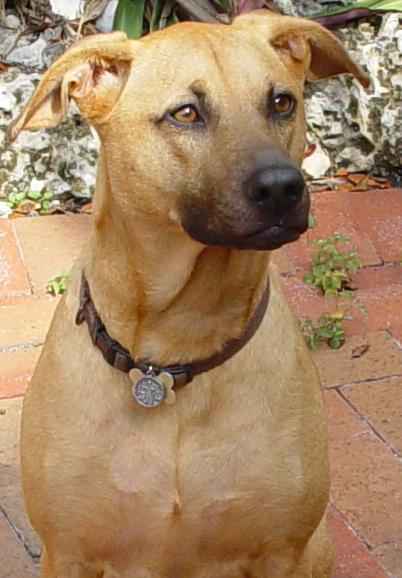 The term pariah dog refers to a dog with a pariah lifestyle: a free-ranging dog that exists off waste from human settlements. The Indian Pariah Dog or Desi Dog is a Heritage dog of India that abounds in the Indian streets. This is a primitive breed that is not genetically manipulated by humans and as a result they are often very healthy and intelligent with no known genetic diseases. Some say they are calmer and more intelligent than even the popular Border Collie. The list of positive aspects of this breed continue to grow with many people adopting them all over the world as they become known. Their intelligence can also be compared to the Moscow street dogs who have learned to ride the subway. While riding the subway the Moscow pariahs are known to become docile to humans even tolerating being touched, but usually only when necessary - while on the subway. Both the Indian Pariah dog and the Moscow dog are examples of the superior intelligence and health of pariah dogs that will result with time and little to no interference from human breeding manipulation.


The Indian Pariah Dog was featured on National Geographic Channel's film, 'Search for the First Dog' along with the other related ancient types such as the Canaan Dog of Israel and the Australian Dingo. This is the original breed belonging to the country and are found free-living all over the Indian subcontinent. The Indian Pariah is not generally mixed with the blood of European dogs or other breeds and types and it is similar in appearance throughout the entire country. The breed represents one of the few remaining examples of mankind's original domestic dog and its physical features are those of the dogs whose fossil remains have been found in various parts of the world - from very early remains in Israel and China to later ones such as those found in the volcanic lava at Pompeii near Naples in Italy. These were the hunting partners and companion animals of the aboriginal peoples of India. They are still found with the aboriginal communities who live in forested areas. Since these dogs have never been selectively bred, their appearance, physical features and mental characteristics are created by the process of natural selection alone. 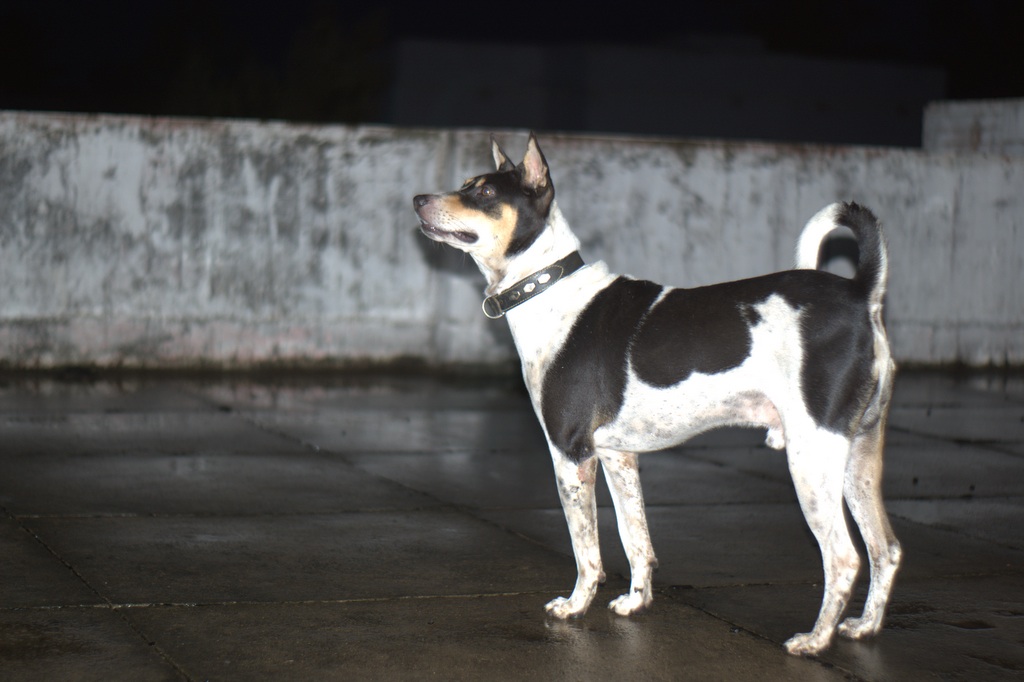 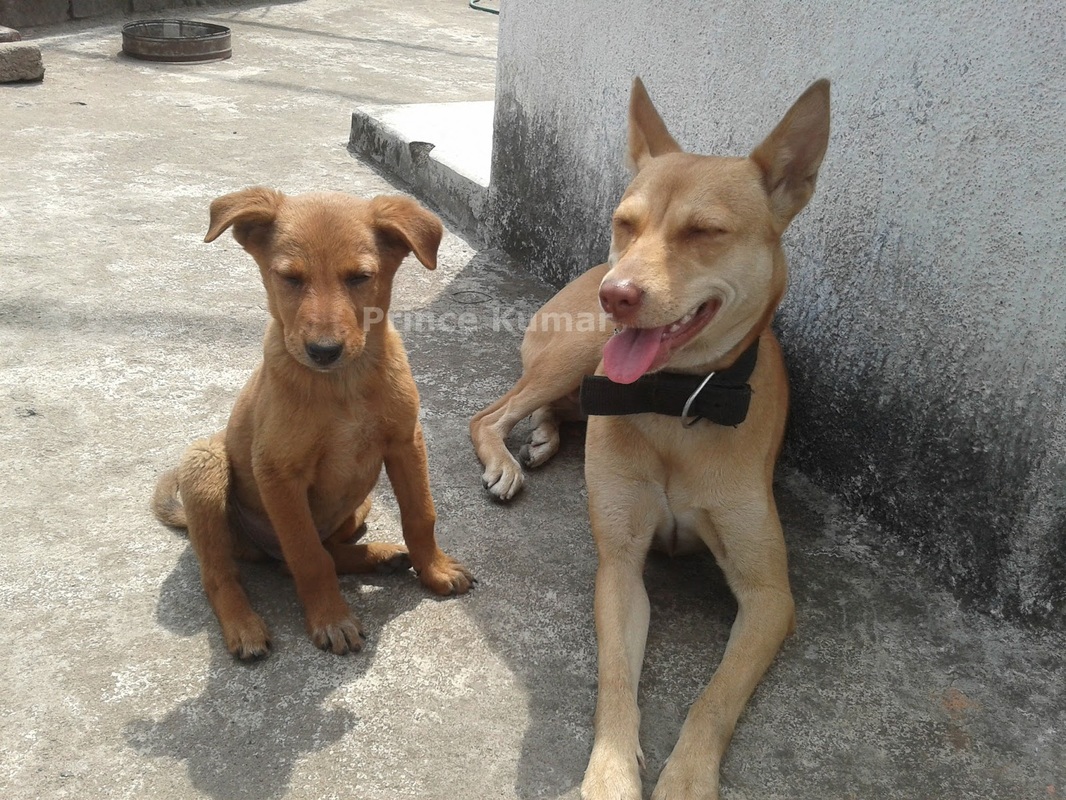 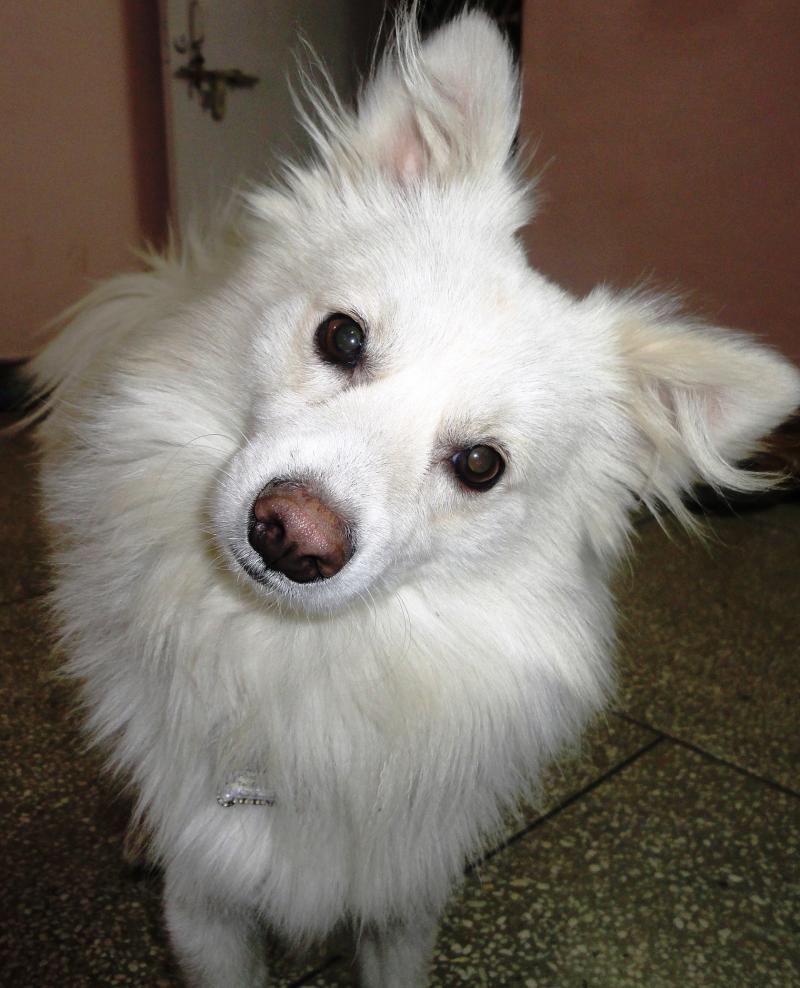 The Indian Spitz was first introduced in India from the stock German Spitzes in a successful attempt to breed a dog capable of withstanding India's hot and humid climate. They are smaller (10-15 pounds) with thinner coats than the German Spitzes. Although the Spitz is often mistaken for a Pomeranian, instead the Indian Spitz belongs to the Spitz family along with the Elk-Hound, the German Spitz, the Samoyed, and the Finnish Spitz. They are rumored to be one of the most economical and yet pleasant examples of canine. 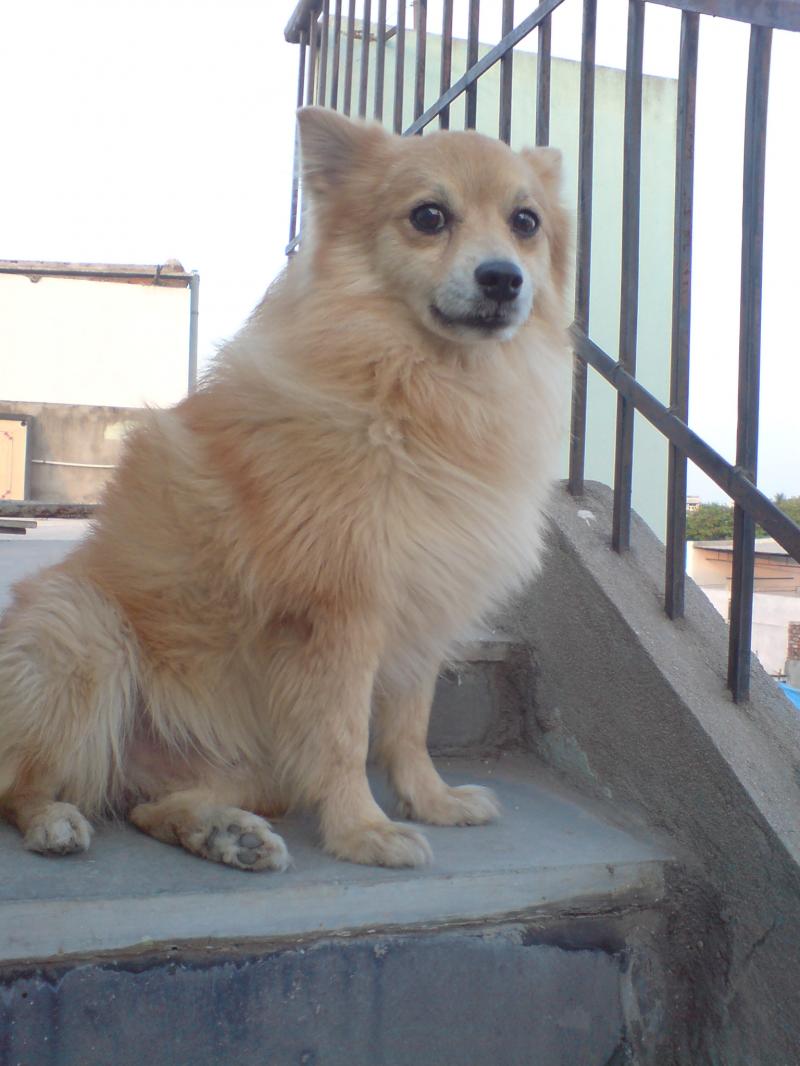 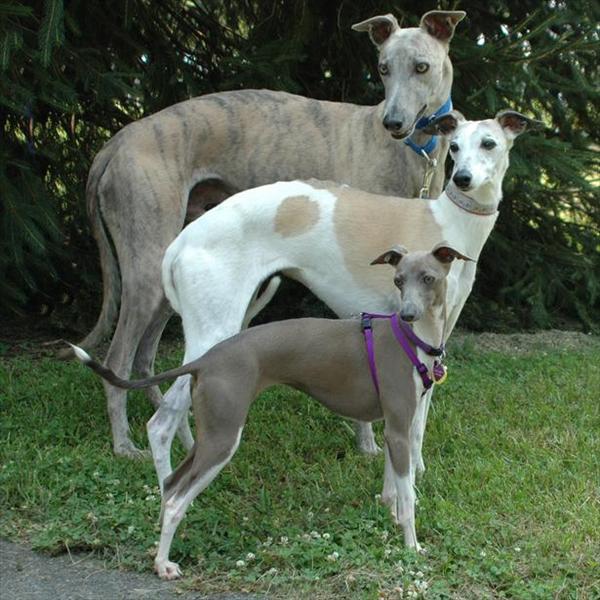 The Rampur Greyhounds are known to be very fierce and were once used to control jackal populations and even to hunt lions, tigers, leopards, panthers, and wild boar. They were often tested for their courage by setting a single hound to take down the golden jackal. They are a member of the big sighthound family and much more muscular than a normal greyhound. Rampurs have a higher red blood cell count than most dogs and are often the best blood donors - usually favored as a universal blood donors for dogs. The royal family member, Ahmed Ali Khan Bahadur, bred them by combining the blood lines of the ferocious Tazi (brought in by the Afghans) and the English Greyhound, which was more obedient and less resistant to the varying climatic conditions. The Rampur Hound far exceeded Bahadur's expectations. From their Tazi and Afghan ancestors they got their looks and their aggressive and powerful personalities and from the English Greyhound they got their speed and their more obedient nature. The Rampur Greyhound will seldom back down in a confrontation and can keep up with the fastest prey. With the fall of the Maharajahs in 1947, the popularity of the Rampur Hound declined.