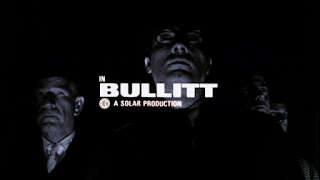 Based on the novel "Mute Witness" by Robert L. Fish.
Let's finish the unofficial car Movie marathon with a cop movie classic containing one of the iconic car chases filmed.

Juvenile diabetes and life insurance
చిరంజీవి సినిమాలో రానా దగ్గుబాటి ? – …
How to Set a Deadline and Achieve You…
Fields End Water caravan park
Romantic Interior Design
Lt. Frank Bullitt (Steve McQueen) is a tough San Francisco cop. Ambitious and crooked politician Walter Chalmers (Robert Vaughn) assigns him to protect witness Johnny Ross (Pat Renella) before a trial against mobsters. Using the  testimony from a vicious gangster would advance Chalmers' career. While Bullitt is off duty spending time with his designer girlfriend Cathy (Jacqueline Bisset) two hitmen wound Ross and Inspector Stanton (Carl Reindel).
The assassin (John Aprea) tries to finish the job and Bullitt tries in vain to prevent it. However Bullitt finds out that the case is more complicated than it seems. Despite pressure coming from Chalmers, Chief Bennett (Simon Oakland) allows Bulllitt to continue his investigations. Luckily Bullitt has a fast Ford Mustang that is useful for catching the crooks. However Cathy witnesses a crime scene and is horrified by the ugly things Bullitt sees and violence that he commits in his work. But for Bullitt serving justice without moral integrity is the driving force. As George Orwell put it: "Those who abjure violence can only do so because others are committing violence on their behalf."
The film has a cool later 1960s look and also realistic looking hospital scenes. The film has quite little action and it feels more like a modern hard-boiled detective story Chandler style but with less dialogue. It is better to avoid watching it waiting for fast-paced action, this is more a crime mystery film. As for the action scenes, the car chase is the highlight, featuring Russian Hill in San Francisco that is used in later films by everyone and his dog. The laconic style seems to have influenced 1970s cop movies, "French Connection," films of Charles Bronson and Eastwood's "Dirty Harry." There is also a jazzy soundtrack by Lalo Schifrin. Robert Duvall appears as cab driver.
The special edition DVD includes some interesting documentaries "Steve McQueen: The Essence of Cool" and "The Cutting Edge: The Magic of Movie Editing."
Rating: